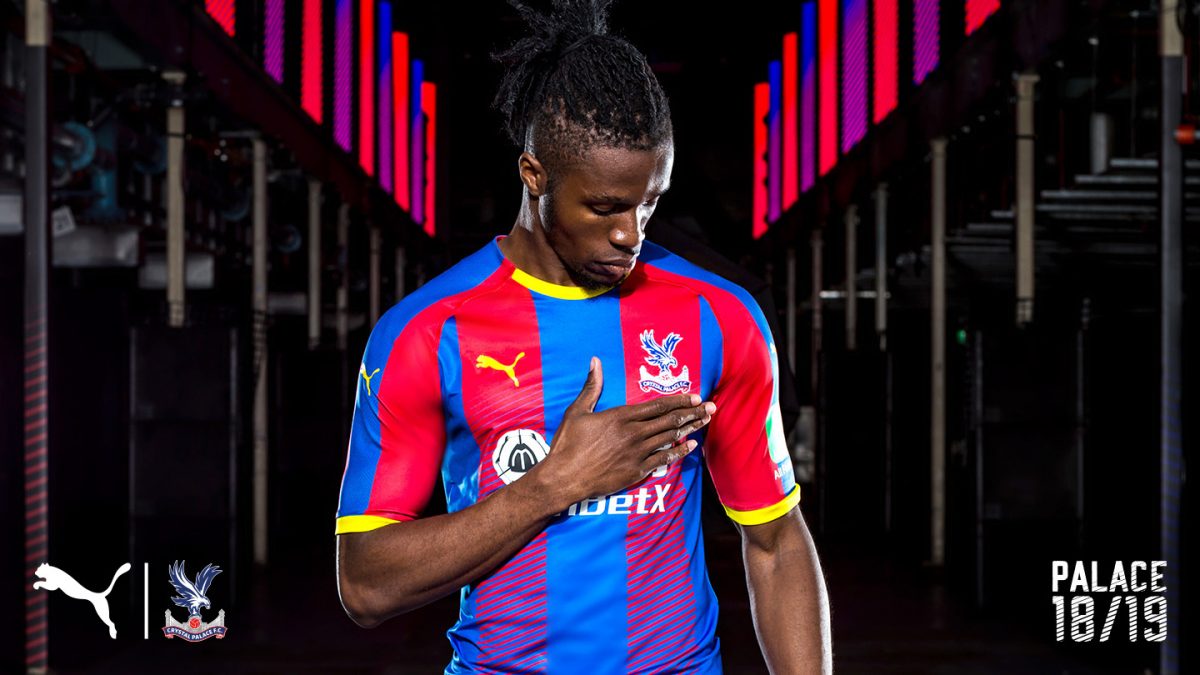 Crystal Palace have announced a new partnership with PUMA, who will become the club’s official kit supplier from the 2018-19 season.

The new team kits were revealed on Wednesday night at a special event for supporters at Boxpark Croydon, attended by manager Roy Hodgson and the entire playing squad.

The home kit is the “Palace Fade Stripe”, which is a take on the traditional red and blue stripes. It was modelled at a club photo shoot by first-team stars Wilfried Zaha, Christian Benteke, Luka Milivojevic, Patrick van Aanholt and club captain Jason Puncheon.

The away kit is the “Palace PUMA Sash”, featuring a classic iconic design that was voted one of the best 10 kits of all time. It celebrates the 40th anniversary of one of the most memorable seasons in the club’s history when the “Team of the 80s”, the exciting young side managed by Terry Venables, won promotion to the First Division. Vince Hilaire, a key member of the 1978-9 team, was at the photo shoot to see the away kit being modelled by emerging young stars, Aaron Wan-Bissaka, James Daly and Nya Kirby, alongside Zaha, the best-known product of the club’s academy.

PUMA will supply team kit, replica kit, training and bench wear for all Crystal Palace. As part of the partnership, PUMA will also be the official partner for replica jerseys and merchandise ranges.

The home and away kit will be worn for the first time at the beginning of the 2018-19 season and will be on sale from early July. Pre-orders can be made now at https://shop.cpfc.co.uk/

Crystal Palace chairman Steve Parish said: “The Crystal Palace sash has a real resonance for our supporters because the team that first wore it was one of the finest in the club’s history. The teams of that era featured several fantastic young players and it is apt that we are bringing back the sash at a time when we have so much exciting young talent coming through our academy. The home kit is equally exciting and we hope will become just as popular over time.”