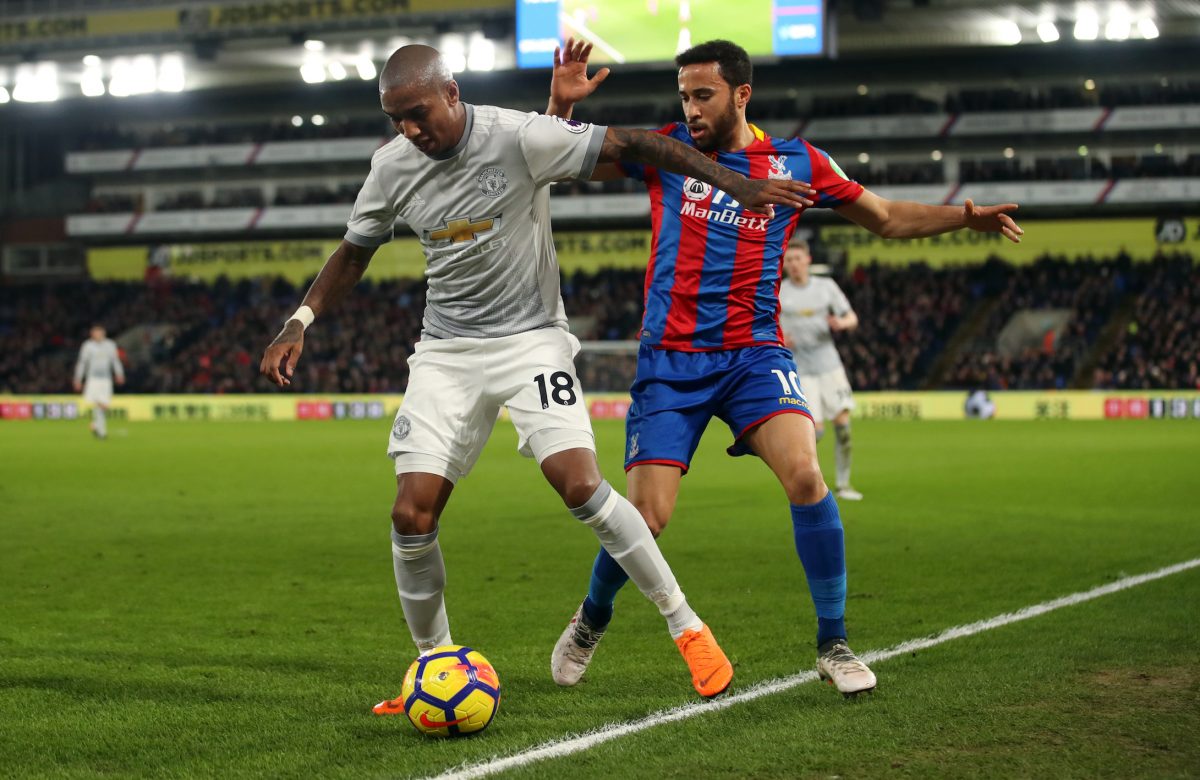 Andros Townsend described his Crystal Palace team-mates’ devastation after they were the victims of a remarkable Manchester United comeback on Monday night.

But a sublime 30-yard Nemanja Matic half-volley completed a 3-2 United win after Chris Smalling and Romelu Lukaku had pegged back Roy Hodgson’s side.

Townsend said: “We’re devastated. That’s twice in eight days where we’ve deserved at least a point – if not all three points – and we’ve been undone by a bit of quality right at the end.

“You never can be sure [if the game was won at 2-0] especially when you are playing against one of the best sides in the country. We knew they had quality in their starting 11 and also off the bench to change the game. We’re gutted but maybe at 2-0 we should have settled for two goals and shut up shop and tried to frustrate them. They scored soon after our second and then the momentum was with them.”

The winger commended the atmosphere inside Selhurst Park, which was particularly loud after Van Aanholt had netted the second: “We know from experience that Monday night under the lights at Selhurst Park that the fans are going to create an incredible atmosphere and we knew we had to start fast to keep them on our side. We did just that and then again in the second half where we got ourselves a second goal. Then for five or 10 minutes after that we became a bit ragged and the game got away from us then.”

Palace are embarking on a tough run of games having been beaten by Tottenham before hosting the Red Devils, and will now play against Chelsea and Liverpool within the next three games, but Townsend pointed to past experience to prove the Eagles can pick up points in those games:

“If anything we’re more confident playing against the top sides because we have proved this season and even last season during my time here that we can pull off shocks against the top sides. Saturday evening (against Chelsea) and then Liverpool (on March 31) will be no different.”