The 31-year-old, from Crystal Palace, halted Marek Matyja in the sixth round at Greenwich’s 02 Arena on Saturday night.

It was Richards’ first action since he dropped a unanimous points decision to reigning WBA Super world champion Dmitry Bivol in May.

The light-heavyweight division has plenty of quality domestic match-ups that could be made – including the enticing prospect of an all-South London affair against Croydon’s Joshua Buatsi. 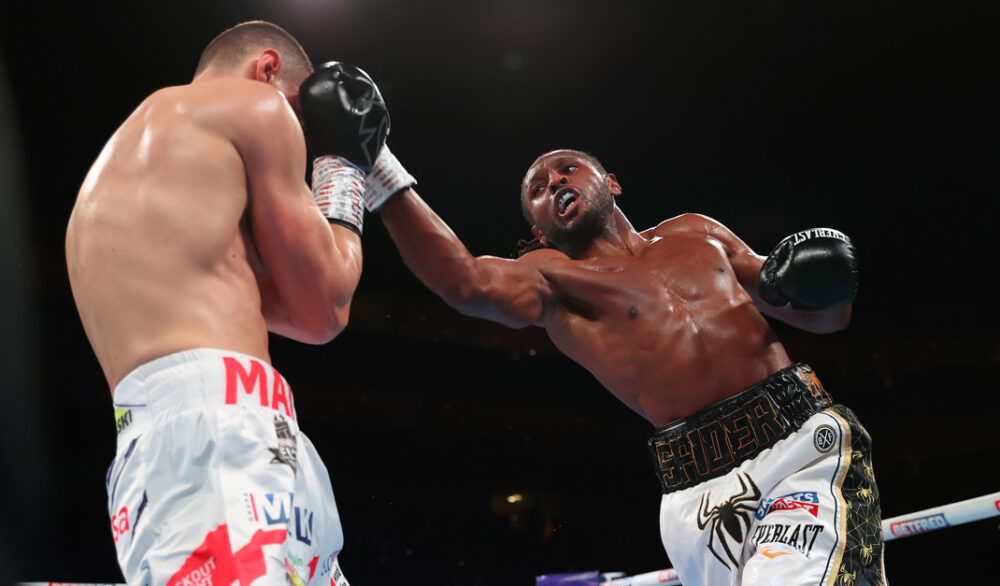 Highly-respected website BoxRec rates Richards at fourth in their UK rankings in the 175lb weight class. Callum Smith is first, followed by Olympian Buatsi with Lyndon Arthur, who holds the Commonwealth crown, in third. The latter is due to rematch Anthony Yarde in December.

But Richards’ long-term trainer Peter Sims insists that a shot at the European title or Germany’s Dominic Boesel, who won the IBO belt in October, are more attractive options.

“I believe I’m the number one,” said Richards (17-2-1, 10 KOs). “I’ve had the most achievements out of the British light-heavyweights. I’ve won four titles now, no one else has done that.

“There was more pressure fighting a guy like him [Matyja] than there is a Bivol. People didn’t have much expectation when I fought Bivol – I was the underdog and I thrive on that.

“I believe I’m above British level and there is only one way to test it – get me an opponent above that level. If I’d defended my British title it would’ve been below that ranking. If I’m going to push on it has to be someone above that. He [Matyja] was above. He’d had 24 fights and never been stopped – he’d had two split decision [losses] against big punchers. If I’m blowing guys out above British level then I’m ready to move back up. 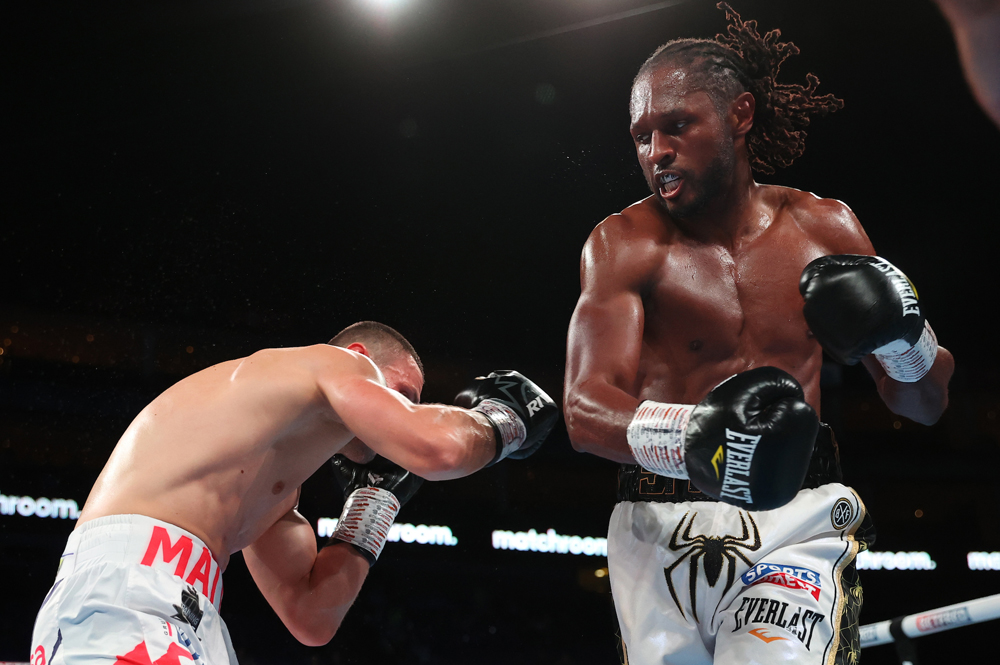 “I tested him out early. I hit him with a big shot and saw he was there for the long run, so I stuck to my boxing. I stepped it up a bit in the fourth and Peter said: ‘He ain’t ready yet, get back to your boxing’.

“At the start of the sixth he said: ‘He’s ready to go now’. I trust his judgement. He told me the same when I fought for the British, to step it up, and it happened.”

Richards rubbished the suggestion that referee John Latham had called a halt too soon.

Matyja was badly hurt by a right uppercut but stayed on his feet as the South Londoner continued to find the target with hurtful punches.

“He would’ve ended up in the hospital,” said Richards. “It was definitely the right call.”

Sims is adamant that Richards’ best plan is to ignore domestic match-ups, even though the likes of Buatsi or the winner of Yarde-Arthur could be lucrative.

“They have got nothing we want and we’ve got nothing they want,” said Sims. “Really we want the Bivol rematch. We want a world title. If not we’ll go for the European and get ourselves ranked in the top five by all the governing bodies.”

Catford bantamweight Ellie Scotney moved to 3-0 with a clear points win over Eva Cantos (2-2) on the same show. The 23-year-old, who recently switched to trainer Shane McGuigan, is set to be out again next month. 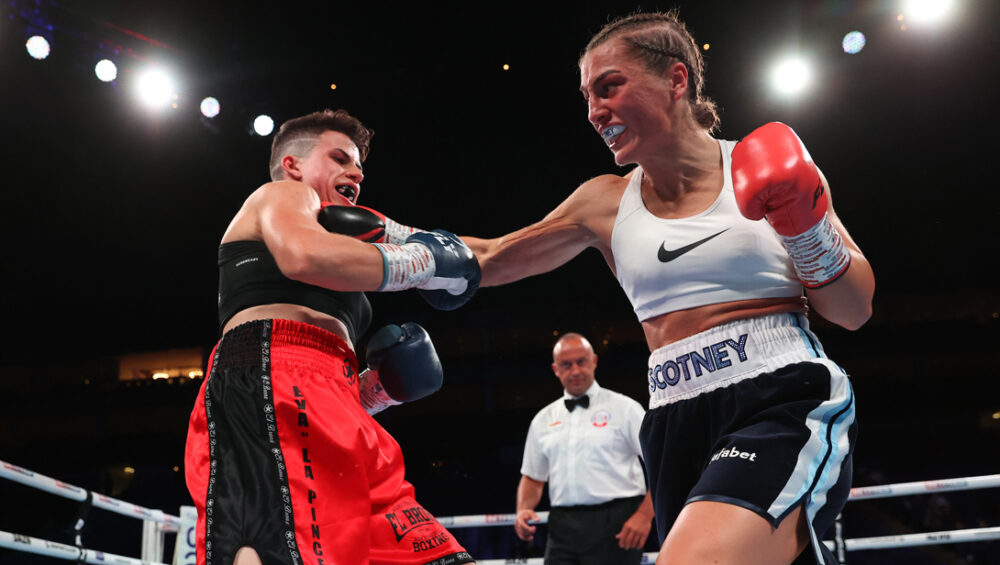 There has been talk of Scotney facing Australian Ebanie Bridges (7-1).

“That’s a fight I’d love to have,” said Scotney. “She has fought my last two opponents, so it’s a fight we need to make very soon. I’m ready for it.

“I felt a lot of pressure – my first time in front of a crowd. It was a great learning curve, she [Cantos] could hit a bit. It was my first eight-rounder. I can take a lot from it.”