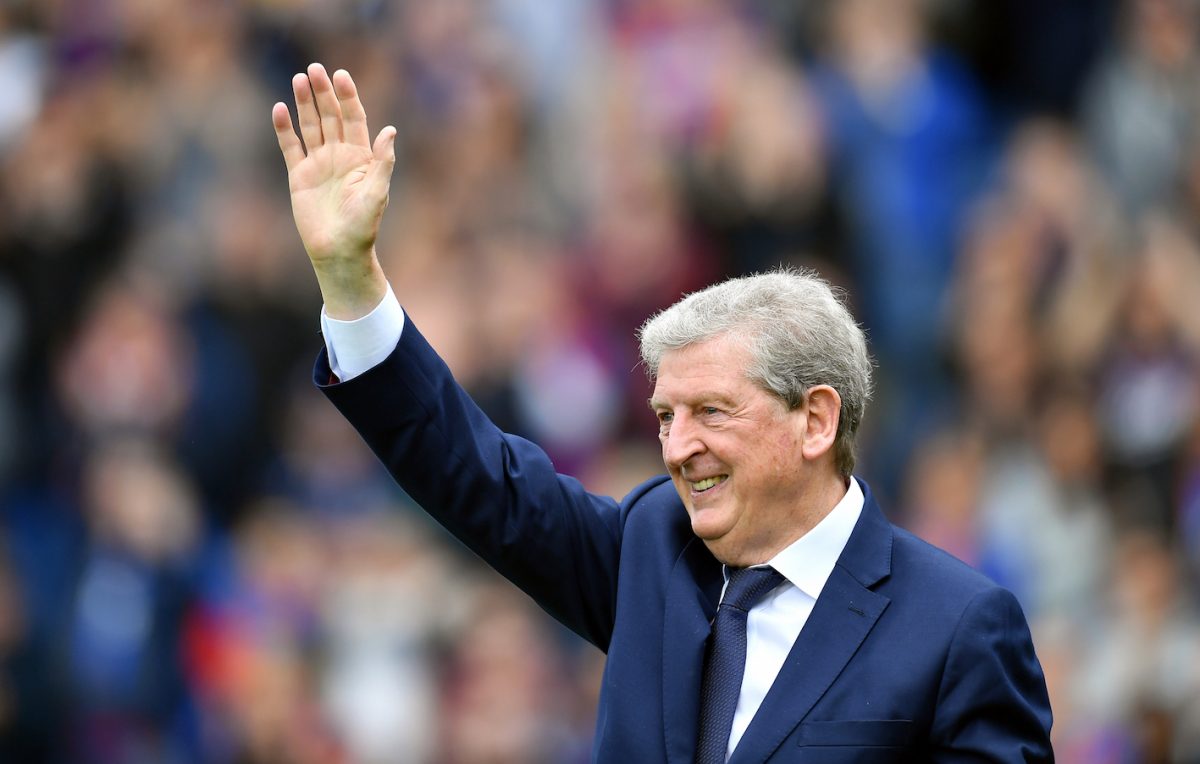 Seven games. Seven defeats. Zero goals. It was a little under eight months ago that Crystal Palace broke records for their appalling start to the season.

But Sunday’s 2-0 victory over West Brom means the Eagles ended the Premier League campaign 11th and unbeaten in eight matches. The stark contrast is symbolised by the slight frustration that Newcastle United’s win against Chelsea denied Palace a top-half finish.

It seems unfathomable that the 16 Premier League defeats this season is the fewest the South Londoners have suffered in a campaign since promotion in 2013. This is their highest finish since 2015 and the sense of both positivity and anticipation is reminiscent of the first six months under Alan Pardew.

The game against the Baggies was largely tedious. The visitors had already been relegated thanks to Southampton’s victory against Swansea City last week and their lack of purpose was evident as they made several sloppy errors throughout the game.

The first half lacked anything resembling urgency. Both sides were happy to exchange passages of possession but neither truly threatened once they advanced within their respective final thirds.

It was Palace who looked the likelier of the two teams to score. Luka Milivojevic exchanged passes with midfield partner Yohan Cabaye before curling just wide of goal.

The perseverance of the impressive Aaron Wan-Bissaka created the next chance of the game. The full-back – starting for the first time since April 7 in place of the injured Joel Ward – chased a seemingly lost cause near the right corner flag, gained possession and found James McArthur. The Scot squared the ball to Wilfried Zaha but Baggies goalkeeper Ben Foster sprawled to turn away the effort with his feet.

The remainder of the half was played at a tempo typical of a match being played between two teams with scarcely anything to play for. West Brom were effectively motivated purely by pride, while Palace’s only concern was the £10million prize money swing separating 10th and 15th.

The second period was slightly improved and Palace could have blitzed past their opponents within 15 minutes of the first half.

Zaha should have put the Eagles ahead when he met Patrick van Aanholt’s cross but somehow side-footed wide from 12 yards. A well-worked free-kick then saw Ruben Loftus-Cheek control Zaha’s cross, swivel and force a good save from Foster.

Andros Townsend skewed an effort wide when put through on goal by Zaha. The former Tottenham man slipped just as he lined up a driven effort that had the crowd expecting to see the net bulge – adding to the frustration amongst the home faithful.

But the Eagles eventually led on 70 minutes through a similar move that led to Zaha’s earlier miss. Van Aanholt skipped towards the byline and his low cross was diverted in by the Ivory Coast international.

It was Zaha’s ninth goal of an impressive season that saw him named the club’s Player of the Year for the third consecutive season. It was also the third successive home game in which the academy graduate has scored.

The advantage was doubled just eight minutes later through Van Aanholt’s third goal in as many games. A neat passing move and a slip in the West Brom backline allowed the full-back to round Foster and just about squeeze his shot over the line with referee Jon Moss aided by goal-line technology.

Roy Hodgson – the man whose impact is heavily responsible for Palace’s remarkable turnaround this season – was the subject of a display from the Holmesdale Fanatics as the game edged towards its conclusion, and had his name chanted by both sets of fans – having also managed West Brom between 2011 and 2012 before taking the England job.

The 70-year-old has galvanised a group of players who were vilified for their start to the season and while many teams would have caved in and accepted the seemingly inevitable relegation, this Palace side are far removed from that mentality. In Hodgson, his coaching staff and the squad, Palace have the foundations of a club that can aim much higher up the Premier League next season.