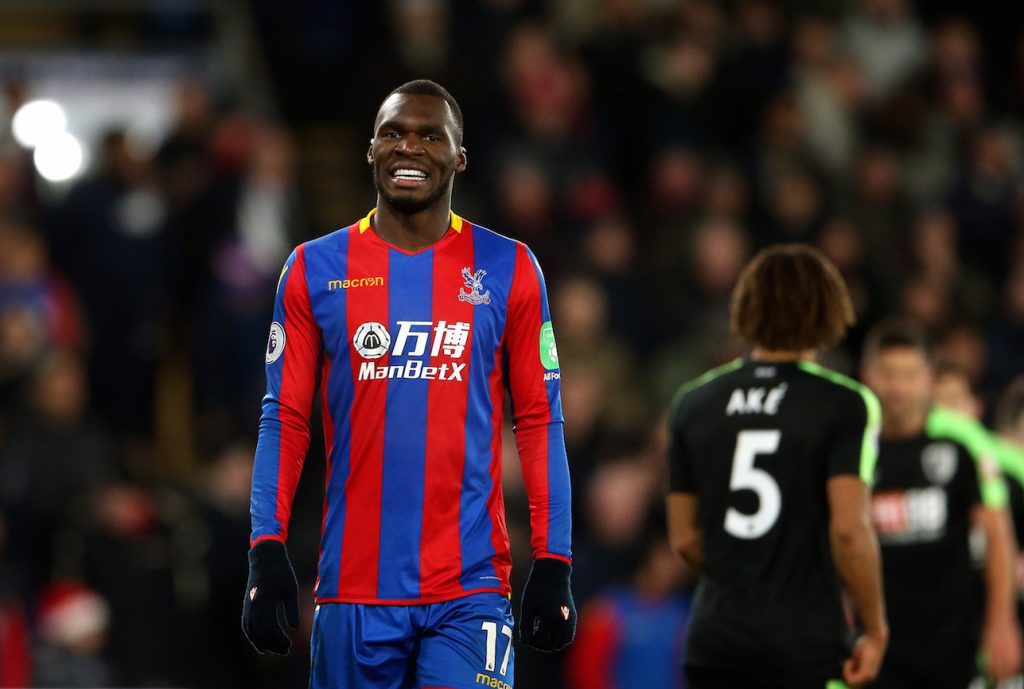 For all Crystal Palace have improved in recent months under Roy Hodgson, they still remain mired deep in a relegation scrap; but it need not have been this way.

Seven points have been gleaned from their last five matches and that points-per-game ratio throughout the season would be sufficient to ensure survival. But a woeful start under Frank de Boer requires something greater to haul the club out of danger.

The football has been functional – rather than free-flowing – the formation has been rigid – tactics have not changed significantly – and the results have almost come. But almost is not enough. Palace’s one victory in a five-match unbeaten run has been 2-1 against Stoke City.

Refereeing decisions and injury problems have not been in their favour, but the Eagles have also performed a masterclass in self-destruction.

From the hiring of De Boer – and the inability of his side to transition towards a new style – to the failure to sign a new striker and individual unforced errors in matches, they have shot themselves in the foot more times than anyone with a semblance of emotional investment in the club would care to recall. So when Christian Benteke demanded the ball from Luka Milivojevic in second-half stoppage time with the scores locked at 2-2, following Charlie Daniels’ foul on Wilfried Zaha inside the penalty area, it was not the most surprising outcome to see the striker step up, pause, and roll the ball tamely towards the goal and be denied by the legs of Bournemouth goalkeeper Asmir Begovic.

Zaha ran the show. Had Benteke not incensed the majority of those inside Selhurst Park with his foolishness late-on, he too would have walked away with plaudits for what was by far his most accomplished performance of the season. In truth, the bar was not a high one, and it is now 12 games without a goal for the club-record signing who netted 17 times last term.

Hodgson’s decision to play Zaha out of his favoured position in a central role alongside Benteke had not been a success before the weekend. But he was integral in earning this point.

After Palace fell behind to a well-worked corner routine – aided by Josh King’s unnoticed rugby tackle on Jeffrey Schlupp which allowed Jermain Defoe to run free and fire into the bottom corner – it was the Ivorian who took the game to the Cherries.

That decision was one of several controversial calls made by referee Kevin Friend. As Palace’s talisman worked his way into the area, he was met by the trailing arms of Begovic and fell to the ground. Friend pointed to the spot, and despite protestations from the visitors, Milivojevic stepped up to score his fourth penalty in Palace colours – a 100 per cent conversion rate.

Then Benteke did well inside the area to find Cabaye, who intelligently created space and squared across the face of goal for Scott Dann to slide home. But Dann – who replaced the injured Mamadou Sakho – could only watch in disbelief on the stroke of half-time when Lewis Cook’s delightful lofted through ball found Defoe, who struck a stunning volley over Julian Speroni to equalise.

Then came the drama late on, and tempers boiled over as James Tomkins failed to hide his fury at the Belgian striker’s selfishness, boss Hodgson had a heated discussion with a supporter at the final whistle, and even chairman Steve Parish argued with a disgruntled supporter in the Wright & Bright bar following the conclusion of the match.

If survival rests on small margins and the Eagles are on the wrong side of the line in May then this run of games, and Benteke’s decision in particular, will be revisited time and again if any recriminations arrive.