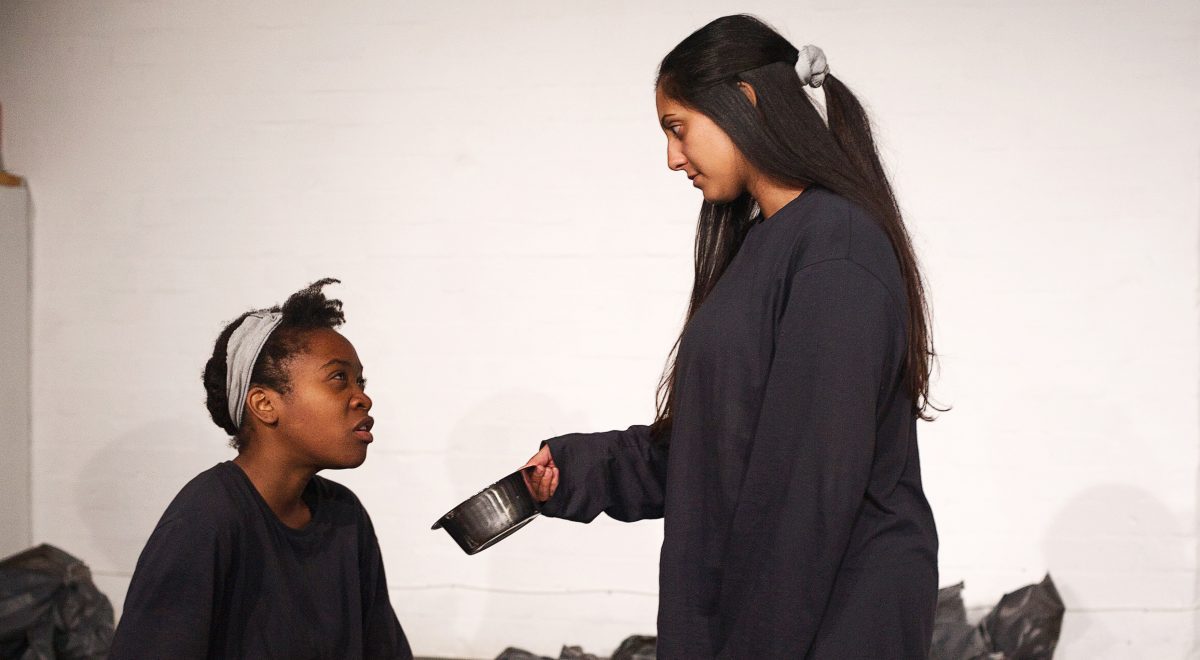 On Tuesday 24 April, emerging company CultureClash Theatre are set to unveil eight new plays at Greenwich Theatre as part of their latest initiative, Voices In The Dark.

CultureClash Theatre have their origins firmly anchored at Greenwich Theatre – I directed their debut show, a revival of John Retallack’s immigration drama Hannah and Hanna, back in 2015 before the company’s founders had even graduated. The show won the Mark Ralston Enterprise Award and launched the company in style with an acclaimed run in both Edinburgh and Greenwich. Following the success of their debut show, the company was repositioned to champion new writing, returning to Edinburgh after runs in London and Brighton with their second show, the dystopian feminist drama Under My Thumb.

The challenge, however, for a young company determined to present high quality new writing, is finding the writers to work with. Some new companies exist to produce plays written by their members, but when that is not the case and when you are still growing in reputation and profile it can be difficult to make connections with writers at a similar stage of their development. For that reason I invited CultureClash to host a new writing night in Greenwich, and agreed to support an open submission process.

“Having issued an open invitation to writers to submit a new play no more than 20 minutes long, responding to issues of injustice, inequality or gender – the issues we’re interested in as a company – we were overwhelmed with the response” said CultureClash’s artistic director Serin Ibrahim. “We received 104 scripts from the UK, the USA – even from South Korea.”

CultureClash outreach director Cassandra Hercules said “Shortlisting to just 8 plays was a much harder process than we initially anticipated due to the quality of the work we received. If the event could last all day, we could have easily have showcased 12 hours of plays. That being said, we couldn’t be happier with the 8 plays we have chosen – they definitely were the stand out plays for us and our panel of readers.”

The line-up that CultureClash have settled on is incredibly diverse. “We hope it will be a thought-provoking evening” continued Ibrahim, “where the audience are challenged about these issues through theatre, but it is not all earnest – there are laughs in there too. Not everything will take the form that people might expect from theatre either. Among the eight plays we have a monologue, a piece written in period verse as a sequel to a Shakespeare play, and a piece written as performance poetry.”

Voices In The Dark is as exciting for Greenwich Theatre as it is for CultureClash. The opportunity to discover a range of new voices and to meet and work with a wide array of directors and actors to bring these eight plays to life is a great opportunity for us, and should prove an unforgettable evening for our audience as well.