Charlton and Sheffield United played out another goalless stalemate at The Oakwood in the FA Women’s Championship.

Courtney Sweetman-Kirk should have won it for the visitors with two minutes to play, but her point-blank header was tipped on to the bar by Eartha Cumings.

Jorja Fox made her first start in the Addicks defence after joining on loan from Chelsea. 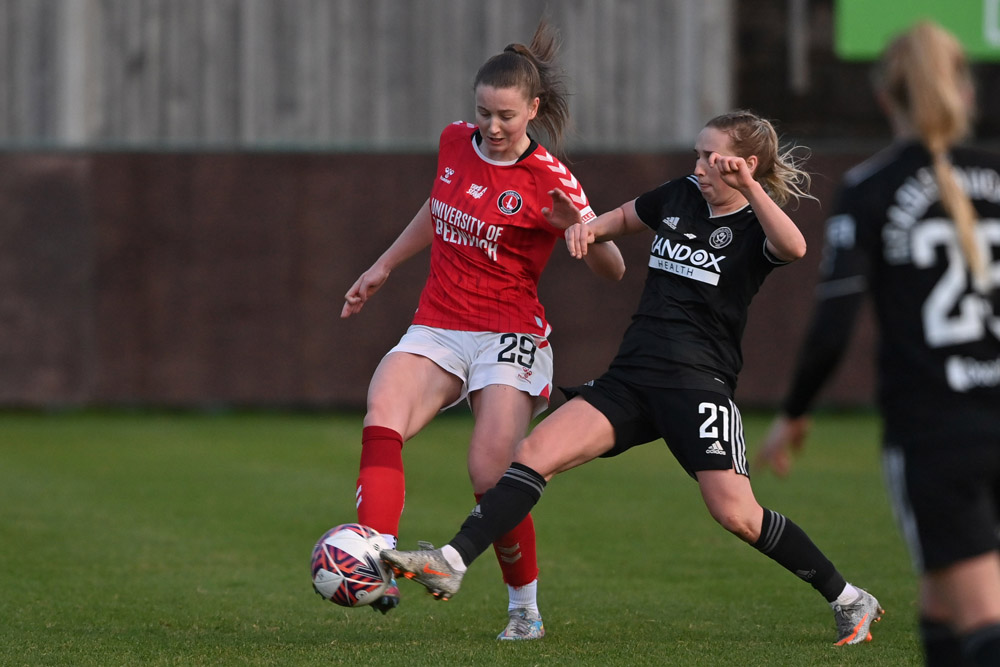 The best early chances for the Blades came from free-kicks. First, Lucy Watson placed one just wide, and two minutes after, Bex Rayner hit the wall with a central effort.

The first attempt on target came after 35 minutes, when Alethea Paul’s shot for the visitors was accurate, but without the required pace to challenge Cumings.

The hosts had the better of the second half. Substitute Lois Heuchan broke through the United defence with 25 minutes to play, but was unable to put any power behind her shot at Blades goalkeeper Fran Kitching. 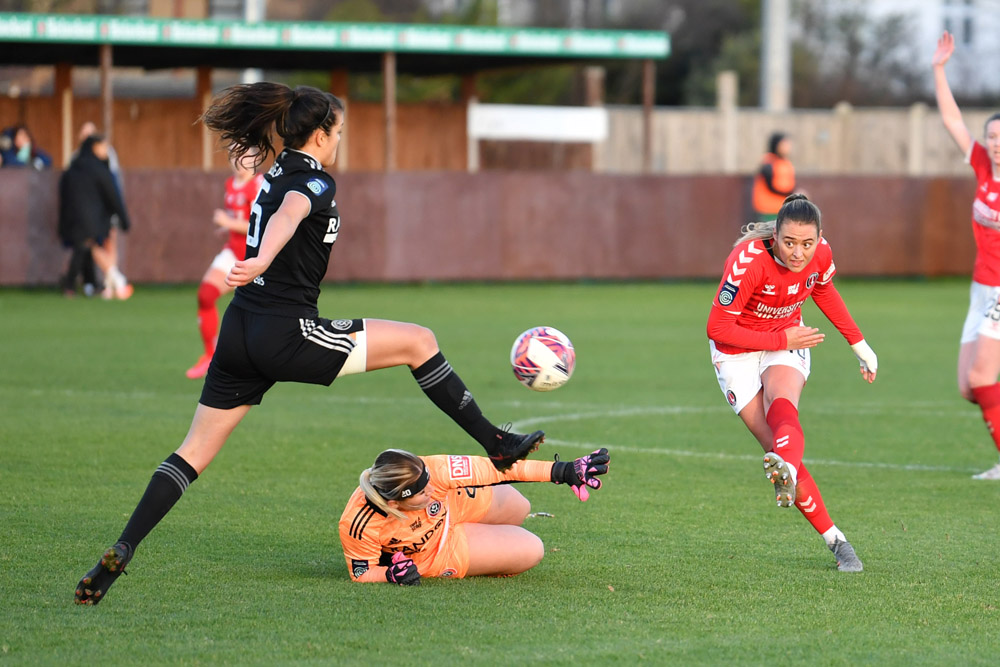 Kitching was later injured in a collision with Elisha Sulola, causing a lengthy hold-up, although the United shotstopper eventually continued.

Cumings said: “It’s disappointing not to get the win but a clean sheet is super important.

“It’s a good way to start the year without a defeat – that would not have been good, and they’re a good team. We never really fully got going. A point is not the end of the world. 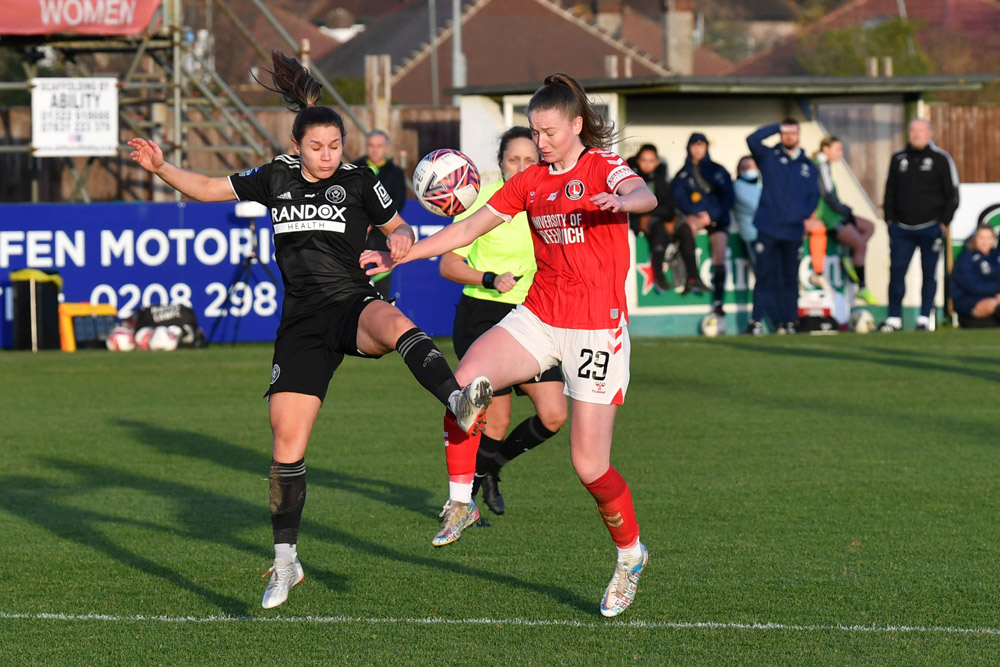 “I just saw it coming across for her late save]. My goalie coach sent me a video of Yann Sommer this morning. That’s a goalie I try and look at. That’s what he does, he just waits and waits and waits deep on his line and tries to make the save.

“Before the Christmas break, we won three games on the bounce. We were just a bit slow to get started, but we were solid. It was good we never conceded. 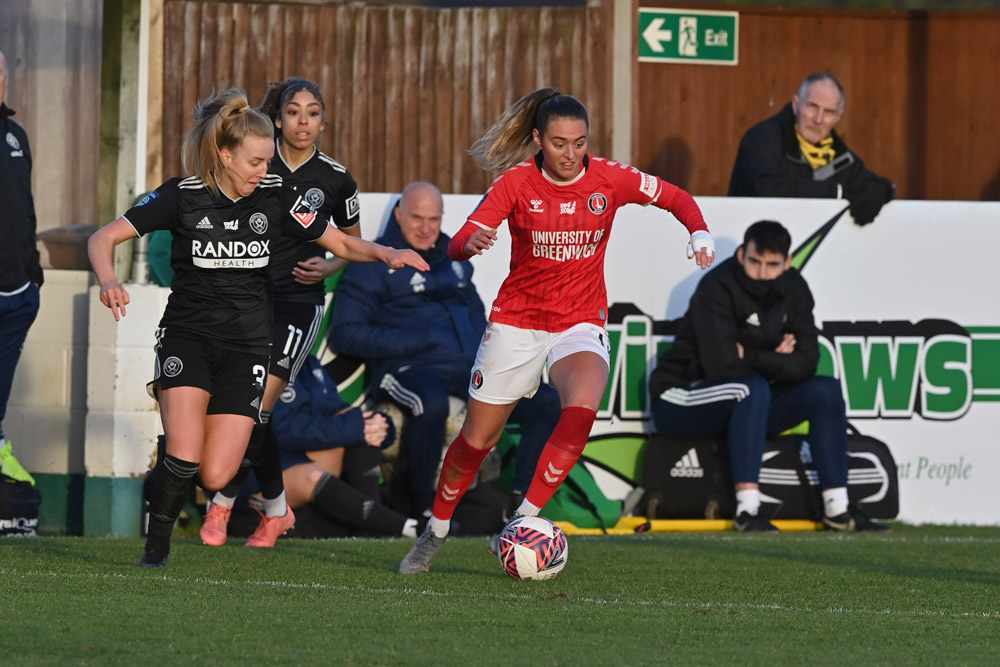 “Sheffield are a good team. We’ve got a solid starting place at the back. We just need to get things clicking again up front, like it was before Christmas.”

To follow the action and sign up for The FA Player’s live Barclays FA Women’s Super League coverage, visit womenscompetitions.thefa.com