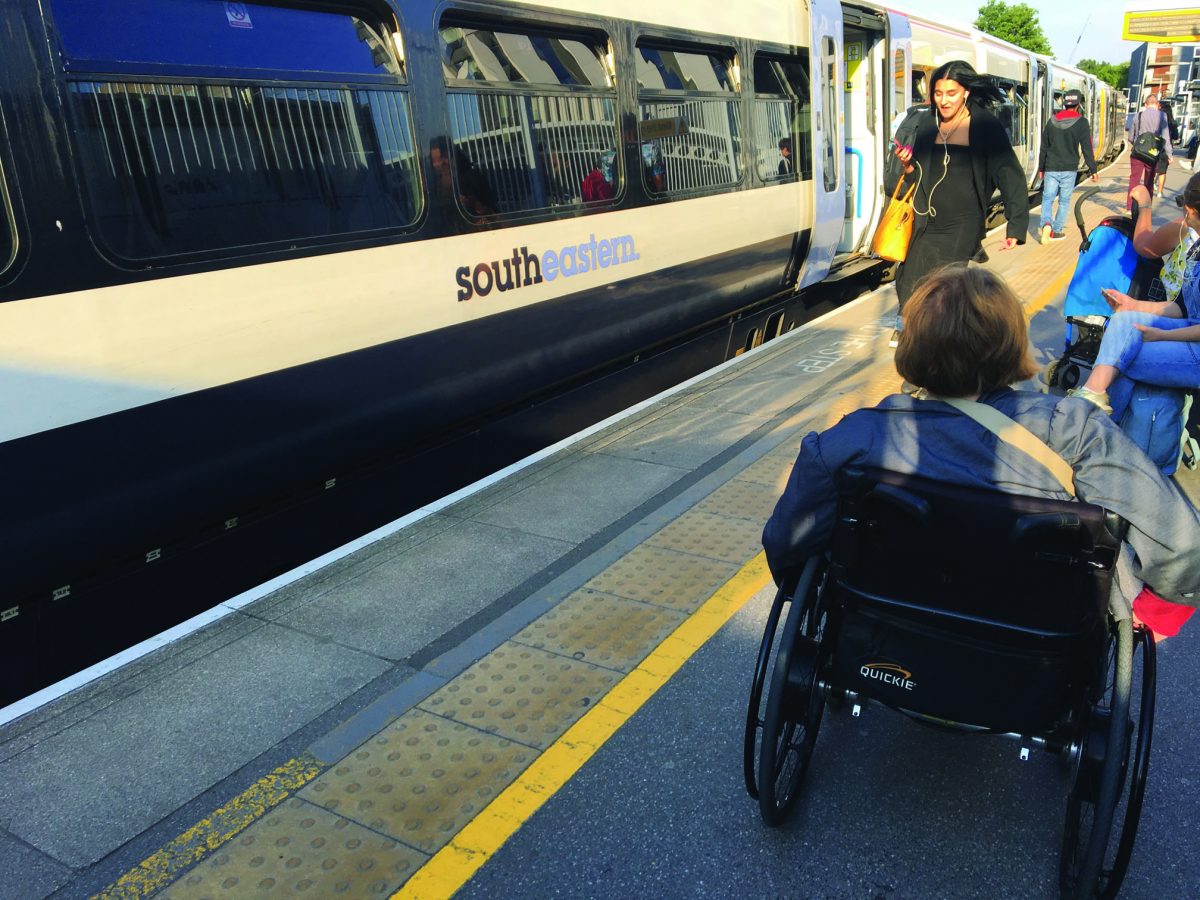 Campaigners are battling against cuts to rail services in South-east London, saying it will be a “complete nightmare”.

A petition against plans to axe services from Bexleyheath to Victoria, as part of the renewed franchise agreement for South Eastern lines, has gathered more than 6,500 signatures.

If the agreement remains as it is then services from Kidbrooke, Eltham and Blackheath will no longer run straight to Victoria and passengers will have to change at Lewisham.

Caroline Walsh, who started the petition, said: “My big concern is for those who are trying to get to King’s College Hospital.

“You will have to change at Lewisham to get to Denmark Hill.

“As someone who is in a wheelchair and who has had to travel to the hospital frequently, I know how difficult and frustrating it is to change.

“I have had personal, painful experiences of bad infrastructure in London.

“It feels like the Government is designing out systems we were designing in for disabled people. It’s a backward step.”

The renewed contract for the line will be awarded at the end of the year and agreements will come into effect in 2022.

Ms Walsh, who has lived in Eltham all her life, said: “This seems a long way away, but unless we get our concerns in now, when the franchise is being decided, and get Grayling to change his mind, we don’t think there will be much chance later.

“It’s not just the disabled who will feel the impact, it’s commuters, the elderly, anyone wanting to get to Gatwick or to jobs in Westminster.

“Communities are built around good infrastructure and these actions could strangle Eltham, Kidbrooke and Blackheath.”

More than 1.000 Bexleyheath line passengers will have to change at Lewisham to access Victoria during the peak period, according to Department for Transport figures.

The service from Lewisham to Victoria will increase to four trains per hour all day.

But, campaigners from Blackheath say Lewisham railway station may not have the capacity to cope with the extra passengers.

David Walker, vice-chairman of the Blackheath Society, said: “There is a lot of concern about Lewisham station. We made representations to the prospective franchisees. We said the problem with Lewisham must be brought up on the agenda.

“With all the buildings going up there as well it will be a bigger problem in the future. It’s going to be severely congested.

“Many of our elderly members use the direct line to Victoria to get to King’s College Hospital.

“If they could even keep one service an hour, instead of scrapping the whole lot, that would mean the elderly could plan ahead and not have to go through commotion at Lewisham.”

Changing trains at Lewisham station will require the use of at least two lifts.

Mr Walker, 71, said: “What if one of these lifts are broken? It’s the type of issue that someone who is on their way to hospital should not have to consider.”

A spokeswoman for the Department for Transport said: “We are committed to improving services for passengers and the next operator of Southeastern services will deliver more comfortable trains and more reliable services.

“We have listened carefully to all passengers, taking fully into account their views, including around reducing the choice of London terminals to increase the reliability and frequency of the train service.

“The invitation to tender (ITT) stage has closed and we are currently evaluating bids.

“Lewisham is already fully accessible, however, the ITT for the Southeastern competition recognises that as the volume of passengers has grown the station would benefit from further investment.

“As such, the ITT offers incentives for bidders to deliver improvements at Lewisham as part of the bidding process and overall, bidders must spend no less than £6.5million on station improvements.”

To see the petition go to www.petition.parliament.uk­/petitions/206880.