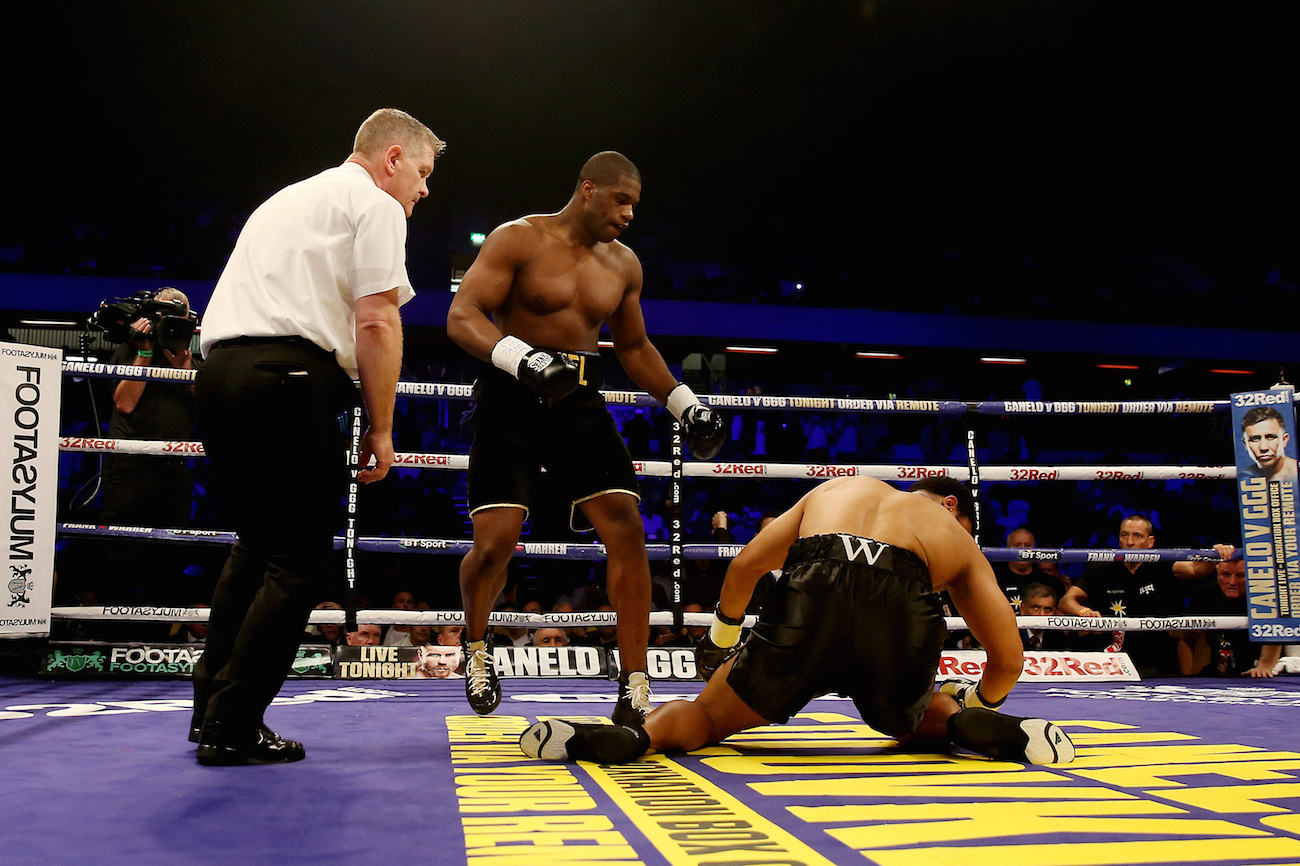 Daniel Dubois has been matched with Dorian Darch on December 9 as the Greenwich heavyweight prospect begins to step up the calibre of opposition.

The 20-year-old destroyed AJ Carter in just 48 seconds to win the Southern Area title in September.

Welshman Darch, 33, was knocked out in two rounds by heavyweight poster boy Anthony Joshua in 2014 but only lost on points to Hughie Fury, who recently challenged for the WBO world title, in the bout before that.

Dubois is 5-0 since quitting the Great Britain amateur squad but has stopped short of claiming Darch (12-5-1) is his toughest test. He said: “We’ll see. I’m taking it as a challenge and I’m working as hard as I have done before.

Frank Warren, who promotes Dubois, said: “Do not worry about Joshua running out of opponents. Dubois could be ready in 12 months’ time.

“I’d put him in with [Joseph] Parker [WBO champion] after five more fights. There are always question marks and things to answer but I have a talent here, mark my words.

“Not only did he knock Joshua down [in sparring], he absolutely did for Joshua in the gym, as he has done with all the names he has sparred with.”