Wimbledon v Doncaster probably wasn’t a date that jumped off the page for anyone when the fixtures were released back in August.

But Tuesday’s meeting with Doncaster Rovers will be etched into the history books forever.

For the first time in more than 29 years -nearly three decades which tested the resilience and willpower of everyone connected with the Dons – they finally played a real home game back at Plough Lane. It’s an absence that has been excruciating.

The Dons were effectively homeless long before the controversial events in 2002, but those circumstances would prove to be the catalyst for the rebirth of something extraordinary – even if it was discouraged at the time. 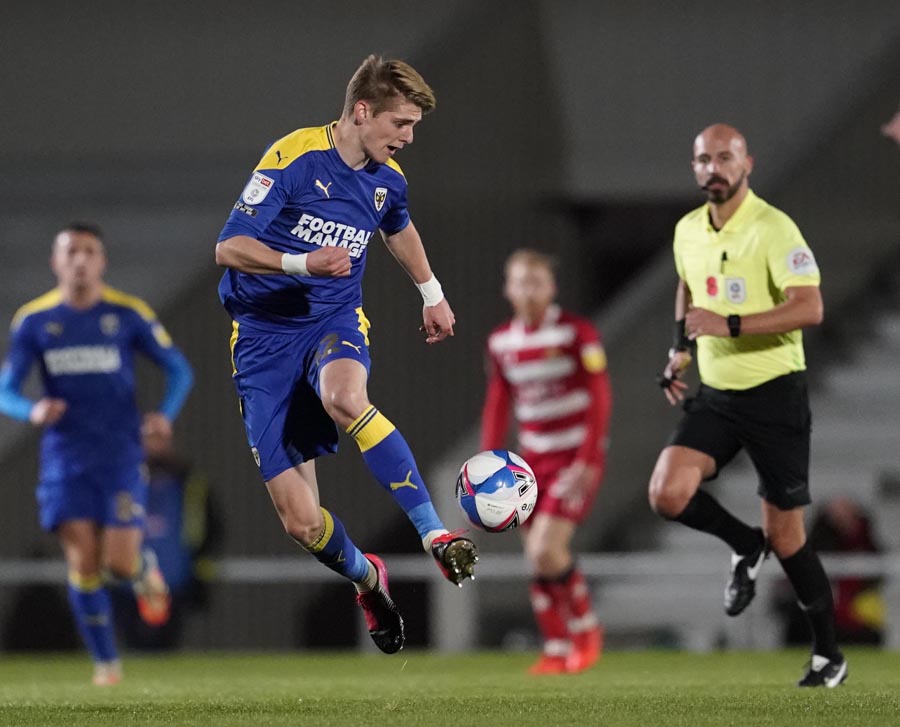 To coin a now infamous phrase, it was suggested that AFC Wimbledon’s formation was “not in the wider interests of football” – Tuesday night’s emotional spectacle in SW19 now surely puts that ghastly statement to rest once and for all.

It feels like an agonisingly long wait for a Wimbledon team to be based back in the borough of Merton again. But when you take a step back, to achieve it just 18 years after the Dons’ resurrection is nothing short of astounding.

The culmination of the long journey home to Plough Lane can be a shining light to clubs which have been ravaged by rogue owners in recent times, such as Bury and Macclesfield. 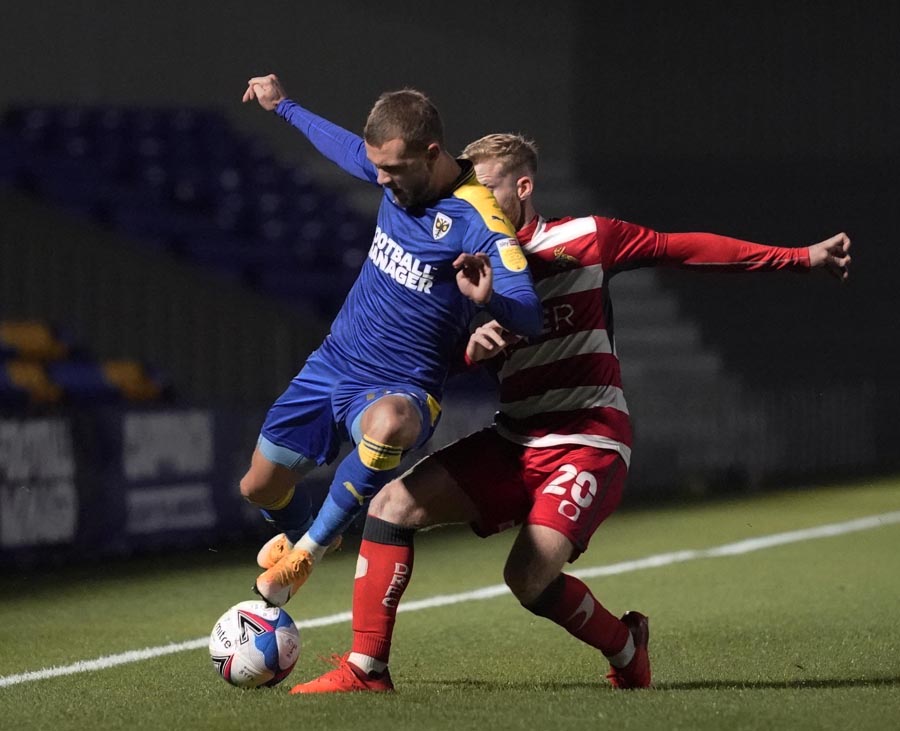 The impossible is very much possible – Tuesday night was cast-iron proof of that.

If the Dons homecoming had all the makings of a Hollywood script, then unfortunately Doncaster hadn’t read the ending – James Coppinger’s deflected effort looping over the excellent Connal Trueman in the game’s dying embers.

But that won’t live long in the memory. Tuesday night was always going to be about much more than just 90 minutes, no matter what the result turned out to be.

That’s not to say though that Joe Pigott’s contribution will just be consigned to the history books.

Pigott’s form this term has been nothing short of sensational – no player in League One can better his tally of being involved in 10 goals. It took the Dons star man just 18 minutes to make history, sweeping home after a neat move involving Steve Seddon and Terrell Thomas. 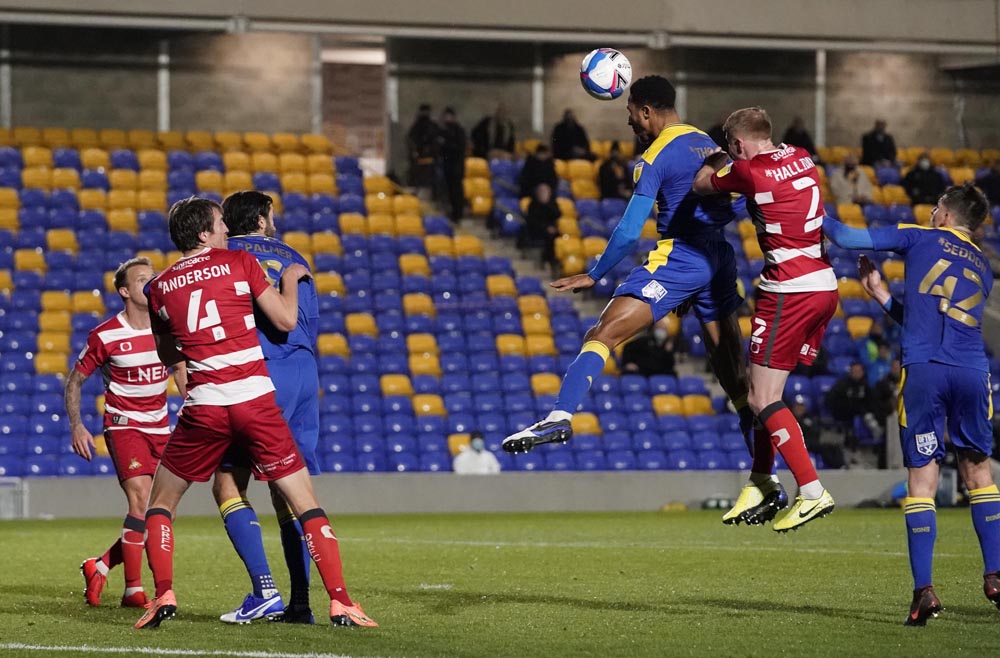 If that was impressive, Pigott’s second was even better.

Even if it wasn’t enough to cap a fairytale night, surely it ensured Pigott, like people such as Ivor Heller, will never have to buy a drink in Merton again. 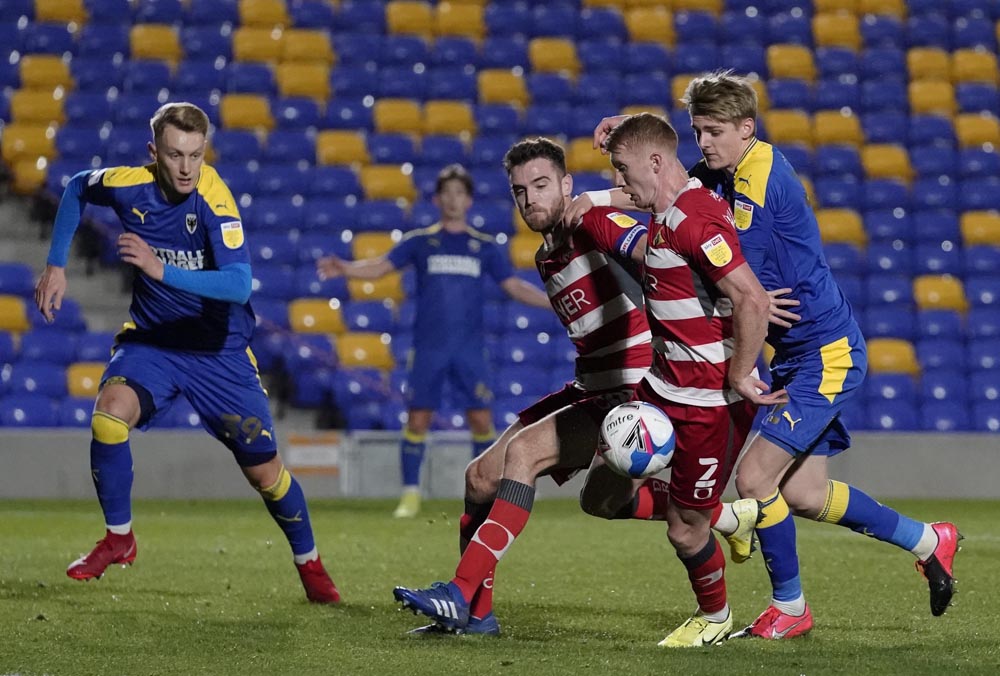 In fairness to Doncaster – who excelled on the night – it would have been very harsh for them to leave London empty-handed. A draw was probably fair considering the circumstances in the end.

There was only one thing which did spoil the party for Wimbledon – and it wasn’t that late goal.

The absence of fans was sorely felt and was mentioned on more than one occasion in the game’s aftermath. Fans gathered inside pubs nearby – some just a stone’s throw from the ground – to witness their team’s crowning moment.

There was something very unjust about them not being present, even if the circumstances may warrant it. Hopefully that wait won’t be extended for too much longer. 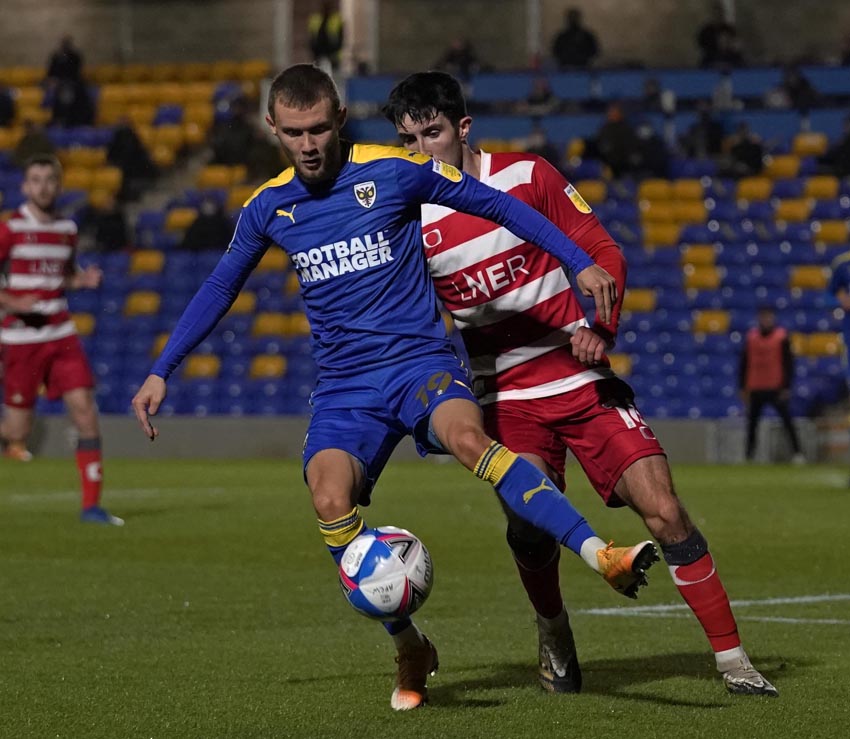 Boss Glyn Hodges predicted a “big party” when fans are allowed back. The prospect of a second homecoming will allow the Dons to make the best of a sad situation.

When supporters founded AFC Wimbledon back in 2002, the club had two main aims. The first was to climb back into the EFL – something they achieved back in 2013.

The second aim happened seven years later- fittingly led out back at Plough Lane by club captain and academy graduate Will Nightingale. 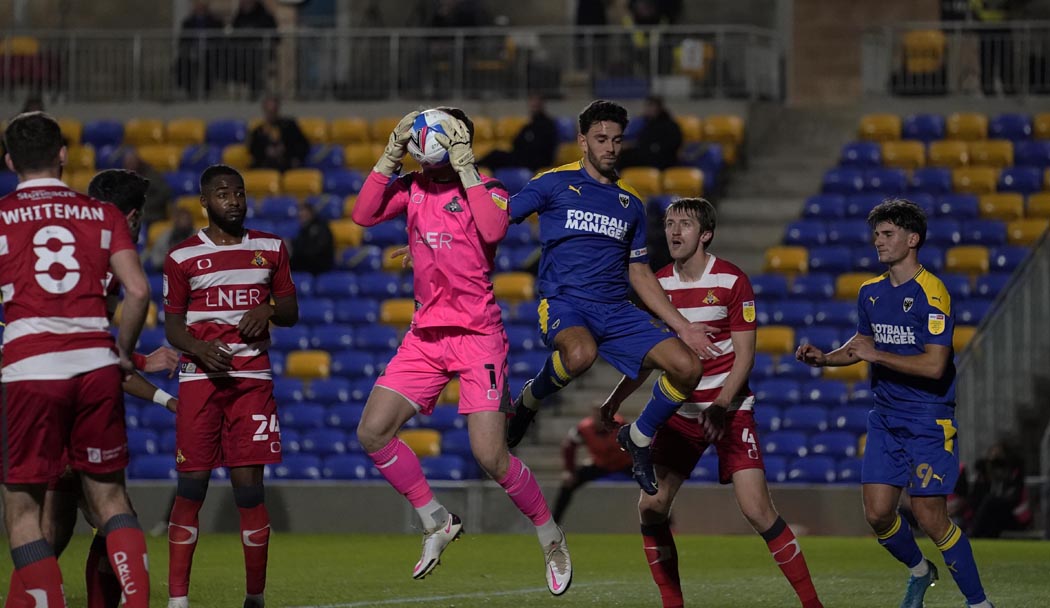 After realising their ambitions and goals, the onus is on the Dons to manufacture some new ones.

No matter how wild those new dreams may be, there’ll be no-one writing them off as some did 18 years ago.

STAR MAN
Joe Pigott. Who else? At it again with two excellent goals to make history at Plough Lane

BEST MOMENT
Emotions ran high for Dons staff in the stands when the team came out. Matched by Pigott’s late goal, which seemed to have clinched a fairytale victory.