BY DANIEL MARSH AT THE DEN

You could probably be forgiven if you thought that Millwall’s stalemate with Reading on Wednesday night had a familiar feel to it. The 90 minutes in midweek was a pretty accurate reflection of the narrative of their season so far.

Creating enough chances to win games has, on the whole at least, been a regular occurrence this term. But, unfortunately for Gary Rowett’s men, failing to convert those chances has also proven to be a constant.

It’s a long time since I can recall a Millwall side dispatching the opposition comfortably by a few goals. I wouldn’t really count July’s 4-1 stroll against a Huddersfield side who were already on their pre-season break. The Lions have seemed to be on the cusp of giving someone a hiding over the past couple of months. If they were just a fraction more clinical in front of goal, they surely would have dished one out by now. 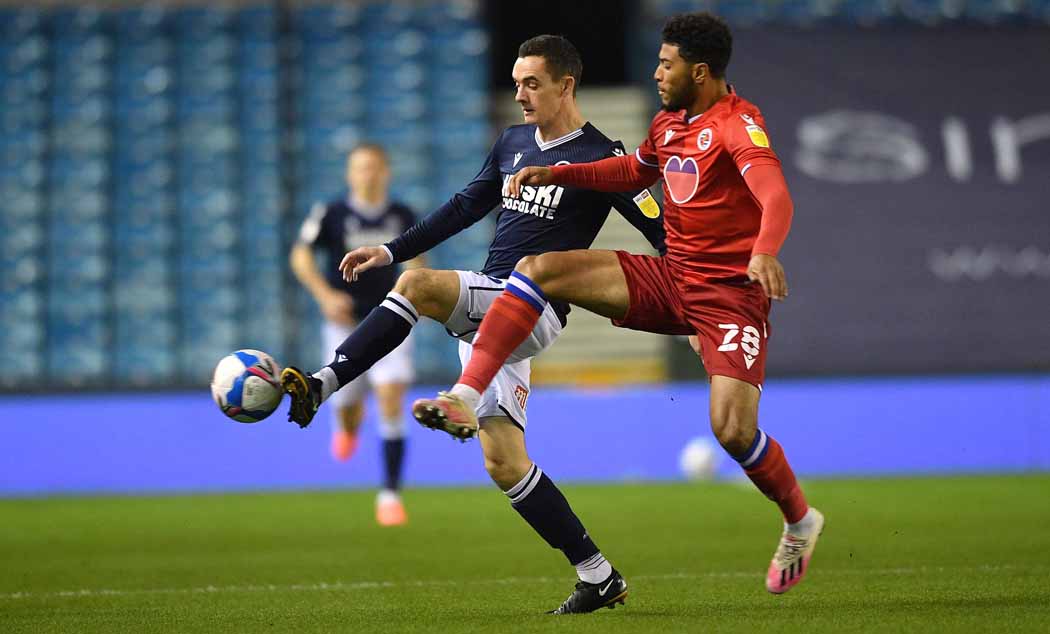 Over the past 180 minutes alone, Jon Dadi Bodvarsson, Ben Thompson, Jed Wallace and Ryan Leonard have all spurned gilt-edged chances to find the net. But this isn’t anything new – finding that ruthless streak to kill games off was ultimately the reason that Millwall fell just shy of the play-offs last season.

Troy Parrott’s arrival in the summer was a key piece of business, and it’s obvious that he was brought in to provide the cutting edge that the Lions have so often lacked at the top end of the pitch.

Unfortunately, Parrott has endured some rotten luck since his arrival in SE16, and his hotly-anticipated bow has been frustratingly delayed. 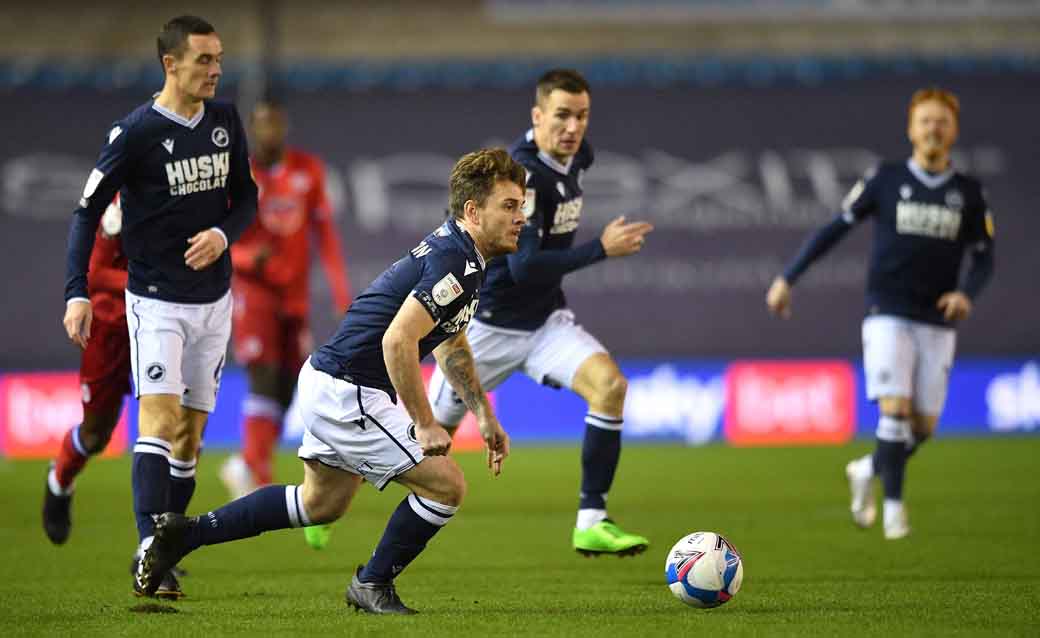 Wednesday night was his first real opportunity to get going in a Millwall shirt. Expectations were already sky-high when his arrival was announced back in August, but it feels like that anticipation has already begun to rise after his delayed start to life in Bermondsey.

The Tottenham loanee did impress in a lone forward role, linking the play well – even if he did drop a touch deep at times. Ben Thompson was quite often the Lions’ most advanced player on the night as Parrott dropped deeper to try and work his way into the game.

He didn’t really have a clear-cut chance at goal himself before he was withdrawn on the hour. But he showed glimpses of his quality and was tripped just before he could pull the trigger, winning the free-kick which led to the Lions’ opening goal. There’s no doubt that goalscoring chances will fall for him. 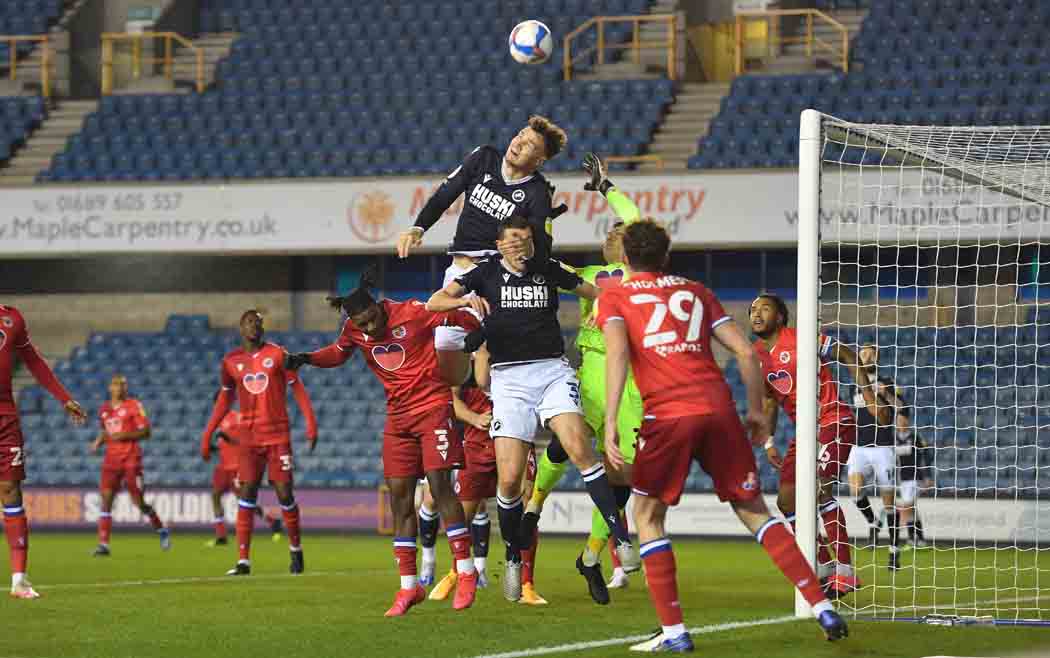 Jed Wallace is so often Millwall’s spark, and he certainly lit up an empty Den with a sublime free-kick which was bent into the top left-hand corner, far out of Rafael Cabral’s reach. But he couldn’t help his side find that elusive second goal after Lucas Joao’s equaliser early in the second period.

Rowett has often spoken of the lack of that final ball or extra bit of quality in the final third, and it was evident once again after Wallace’s screamer. In fairness, on this occasion it wasn’t just the final ball that was found wanting. Some of the decision-making and passing in brief spells of the second half seemed to fall below the standards that the Lions have set this season.

Millwall had the joint-highest number of draws in the Championship last season (17) along with West Brom. They’ve already registered seven from their 13 games so far. 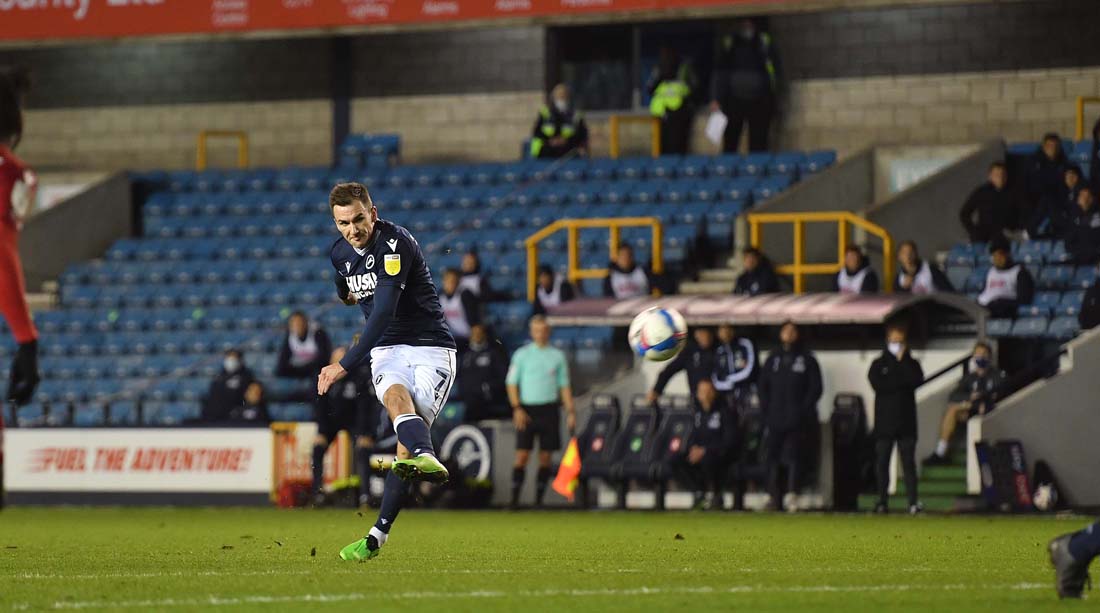 The Lions are one of five sides who have lost just twice this season, but it’s probably a safe bet to assume Rowett would have wanted to register more than just the four wins that Millwall have recorded to date – a figure which is the lowest in the top half of the Championship.

It’s still very early in the season and the Lions are finely poised just four points behind Reading, who sit in sixth place. It’s also worth considering that they’re nursing a substantial injury list at present.

But there will be an awareness of those stalemates already beginning to rack up.

Failing to take opportunities to kill games off proved to be a recipe for too many drawn games last term. Not all of them were bad ones, and the same applies this year – but there were definitely some of those 17 which ended up proving costly to the Lions at the end of last season. 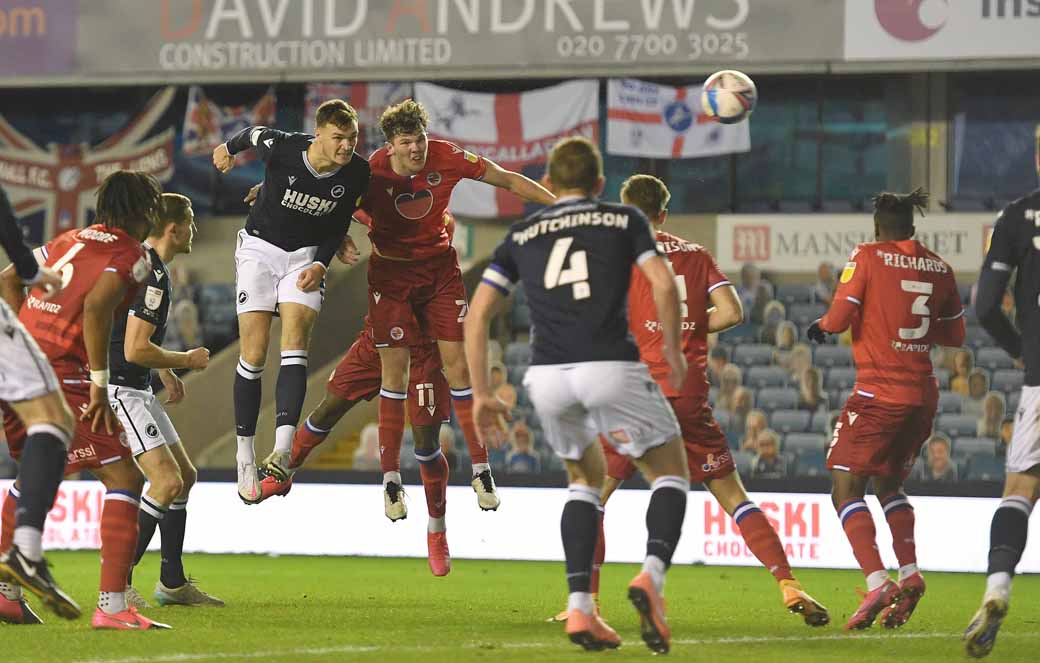 It’s not often over the years that back-to-back away games could prove to be the perfect tonic to cure Millwall’s current run of stalemates.

But the Lions have been a different animal on the road under Rowett. There’ll be a determination in the Millwall camp to find that ruthless streak which has been lacking to ensure that there isn’t a sense of ‘what could have been’ this time around come May.

STAR MAN
Murray Wallace. Millwall’s Mr Dependable turned in another steady display at the back, getting forward to supplement the Lions attack at times. Is there anyone in Millwall’s squad who is more consistent?

BEST MOMENT
Jed Wallace added another stunning free-kick to his catalogue of outrageous Millwall goals. His whipped effort from 25 yards on the stroke of the break wouldn’t have been stopped by anyone.