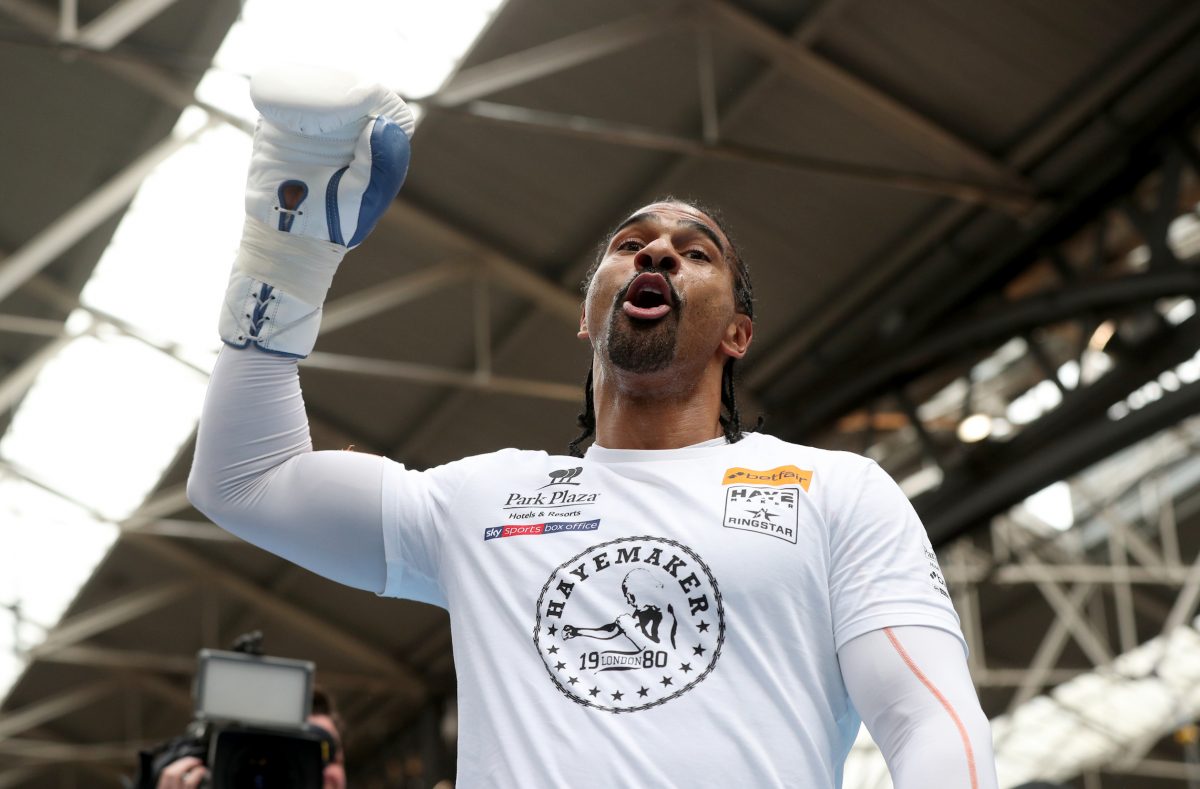 David Haye is determined to gain revenge on Tony Bellew in Saturday night’s heavyweight rematch at Greenwich’s 02 Arena – admitting another defeat to the Liverpudlian would tarnish his ring legacy.

The Hayemaker, a two-weight world champion, ruptured his Achilles in the first meeting between the two men but boxed on for a further five rounds before he corner pulled him out in the 11th round.

An initial date of December for Haye-Bellew II had to be postponed after the Bermondsey-raised puncher suffered an arm injury in training.

“They say you are only as good as your last fight and that was an 11th-round stoppage loss to Tony Bellew – that doesn’t sit right,” said Haye. “That is probably the worst finish to any career I could have. It would be a real big smudge on my resume. I would be very, very disappointed and feel I had undone all the great nights over the year – the world title fights at cruiserweight and heavyweight.