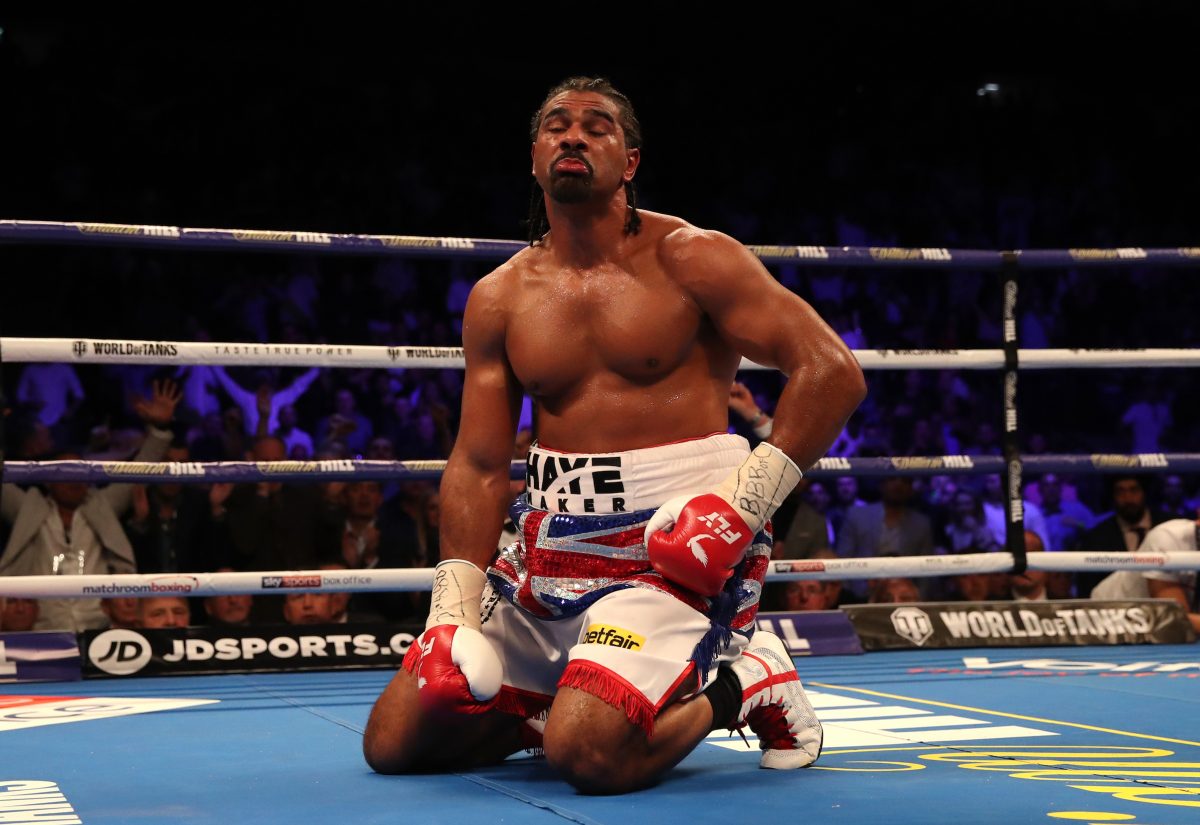 David Haye refused to make any excuses for losing his rematch to Tony Bellew – but did not rule out carrying on boxing.

The Bermondsey heavyweight was knocked down three times in total before the bout was stopped at Greenwich’s 02 Arena.

It is a fourth loss of Haye’s career and second time he has been defeated by Bellew.

But while there was an element of doubt over the first meeting – when the Hayemaker ruptured his Achilles in the sixth round – this time it was an emphatic finish.

Asked if that was the end of his career, Haye replied: “I don’t know. I’ll have to review the tapes and see what went wrong. Tony Bellew fought a great fight – strategic.

“Tony did some really clever stuff and I couldn’t get off.

“He’s a great champion and I enjoy the battles. Tony Bellew is definitely my nemesis.

“He boxed a great fight, I didn’t.

“I hope everybody enjoyed the night. We both put it on the line going for the knockout from the start – no matter how many times we fight there is going to be fireworks.”

“It comes to a stage when you have got to let your fists do your talking. Tonight I tried to, but it wasn’t good enough. I enjoyed the heat of battle, even if it didn’t go my way.

“I’m fully healthy. Tony did what he needed to do to get the win. I’ll have to review the tape – but what feels like what went wrong was Tony was better tonight.”