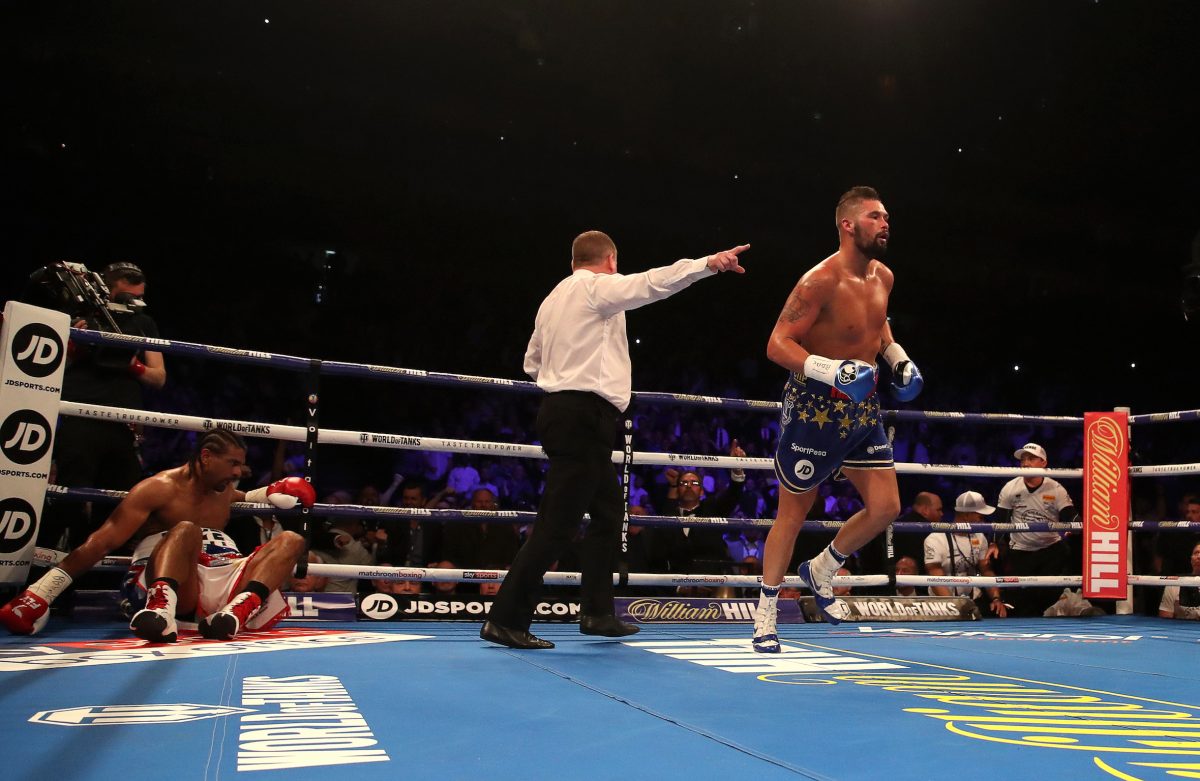 David Haye’s career looks over as Tony Bellew ended any lingering doubts about their first meeting – battering the South Londoner before claiming a fifth round stoppage.

The bout was billed as repeat or revenge – the answer was emphatically the first.

The Hayemaker was knocked to the canvas three times before the punished being inflicted was ended by the referee with the former two-weight world champion reeling on the ropes.

The fight followed the course of the first meeting, only this time Bellew turned up the heat earlier.

Haye had probably taken the opening couple of rounds and landed some power shots – nodding his respect at how his opponent absorbed them.

But the same punch resistance was not there from the former WBA world heavyweight champion as he went down twice in a disastrous third round. It was lucky the right hand which felled him for the second time came so late in the round with the bell giving him some much-needed time to recover.

But there never looked any way back from that point. Bellew again forced the pace in the fourth as Haye looked ragged and swung looking for that one fight-changing connection.

All thoughts of defence had gone and Haye was dropped heavily again in the fifth round. Although he once again beat the count he was bullied back onto the ropes before the referee stepped in.