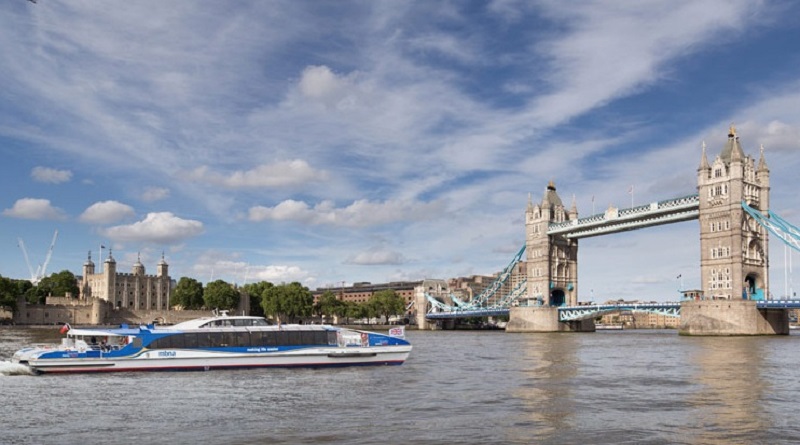 Seeing London from the river is one of the most enjoyable days out you can wish to have in the capital – and thanks to MBNA Thames Clippers, it can be quite a lot cheaper than you might think as well.

MBNA Thames Clippers runs four different services, which connect Putney in the west to Royal Arsenal Woolwich in the east, stopping at many of the capital’s most famous attractions along the way.

The service takes in the Golden Hinde and Shakespeare’s Globe on Bankside, historic Greenwich, the Old Royal Naval College and the Cutty Sark, Westminster, the London Eye, Tower Bridge, Canary Wharf and the Docklands, and many, many more famous attractions.

We had a River Roamer ticket, which allows you full hop-on, hop-off access to the MBNA Thames Clipper services all day, which means you can visit as many of the attractions as you like.

And at £16.30 for an adult ticket – or £32.60 for a family ticket for two adults and up to three children, the price is little more than that of a Zones 1-2 travelcard – and the river is far less stressful than the Tube, especially with two kids in tow.

We headed for North Greenwich Pier, via the DLR and the Emirates Air Line – another great thing to do in the capital – to catch the MBNA Thames Clipper back into central London. And after a few hours spent at the O2, we boarded the boat.

We mingled with tourists and commuters alike – for the service is essentially a commuter boat, and what a way to arrive at work every day.

The boats are extremely comfortable, with seating both on deck and inside, and a full bar service is provided, where you can buy a snack or a relaxing drink as you take in the sights of the capital.

As the boat made its way upstream the sights included Canary Wharf and the Isle of Dogs, the beautiful pubs and restaurants of Wapping High Street, Tower Bridge and London Bridge, along with the Shard and Southwark Cathedral, the City of London and Shakespeare’s Globe, before we finally arrived at our destination – Waterloo Bridge, from where we were able to catch the bus home.

For tourists and Londoners alike, this is one of the best ways to explore the capital and its river Thames attractions, and is a day out we’ll certainly be doing again.