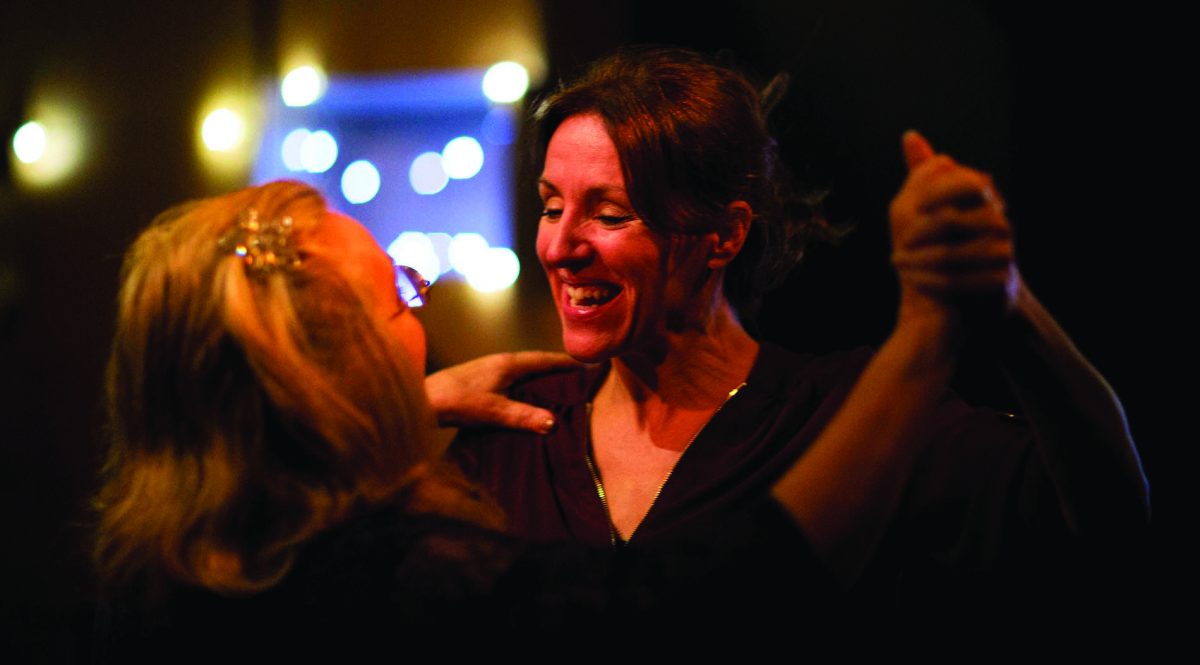 Last week, working on the latest in a long line of funding applications, I read an astonishing statistic.  In 2017, the All-Party Parliamentary Group on Arts, Health and Wellbeing’s Policy Briefing stated that in older adults, social participation is more beneficial for health than giving up smoking.

Over time, the medical damage done by smoking has become so evident that we all understand the choices we make in choosing to smoke, but presumably as the risk to health that comes with isolation is far harder to quantify it is discussed far less.

The application I was writing was about making improvements to our building to make it more welcoming to older audience members, but it occurs to me that we need to consider the shows we present on stage as well.

We regularly hear that audiences of the future are important and that attracting young audiences means presenting shows which feature themes and ideas that are relevant to them.

Surely, then, that is just as important when considering the barriers to engaging older people in a social trip to the theatre.

One of the most pressing ideas that older people must surely have to deal with is the potential for dementia.

We addressed that last season with Spillikin, a futuristic play looking at the possibility of robot companions forpeople with dementia. This season we have the much more current One last Waltz by Luke Adamson, set in the present day and playing in our new studio from March 9 to 17.

“I was only 24/25 when I wrote the play” Luke told me. “I was very close to both of my grandparents and after my grandma died and my grandad was left on his own we started to notice strange episodes in his behaviour.

“After a few years of stress and distress he was diagnosed with Alzheimer’s disease and was prescribed tablets that slowed the effects of the disease.

I couldn’t help but think how much time we might have saved and how much distress might have been avoided if we’d realised sooner what was going on, if we’d known what to look out for.”

The play tells the story of Alice and her daughter Mandy, and the journey they take to Blackpool to try and rediscover some of the lost past.

The production has been supported by the Alzheimer’s Society who read an early version of the script and worked with Luke to develop it, so I know that this is a sensitive and honest portrayal of the challenges, and conversely of the moments of joy, that can be found during the onset of the disease.

None of this is to suggest that any of the other stories presented on either of our stages are unsuitable for older audiences. I have always been proud of the wide and diverse audience that we attract here at Greenwich Theatre to all of our shows.

However, theatre can play an important role in helping audiences to understand issues close to them, from the political satire of last week’s Trumpageddon to the danger of far-right fascism explored in next month’s The UnUnited Kingdom.