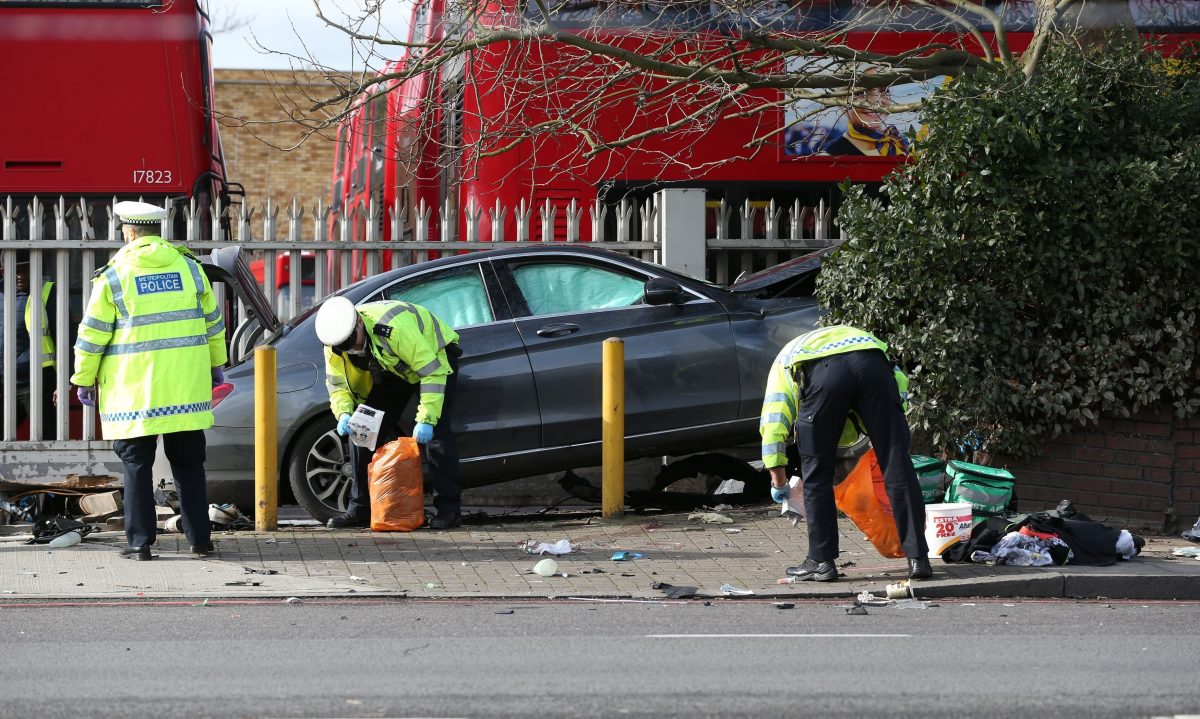 An uninsured driver who had left a nightclub drunk, fell asleep and mounted the pavement, killing a man, has been jailed.

Iulian-Claudiu Girdoc, a 31-year-old man who worked at a nearby carwash, suffered fatal injuries in the incident in Bromley Road, Bellingham, on Sunday, February 26 last year, and died in hospital the next day.

Police had been called at 8.20am that Sunday to reports of a Mercedes car in collision with a wall and a number of people at a car wash in Bromley Road.

Paramedics and staff from the London Air Ambulance found a number of injured people who had been struck by the car driven by Taylor. The car had mounted the pavement and hit the pedestrians before crashing into a wall.

Five people – four men including Mr Girdoc and a woman, were treated at the scene before being taken to hospital. The surviving male victims, aged 25, 26 and 46, were in court and expressed their anger at the length of the sentence. The 35-year-old woman suffered a serious head injury, neck and pelvic fractures, and has only made a partial recovery.

Taylor attempted to flee the scene but was detained by people working there and an off-duty police officer.

He was arrested and taken to Lewisham police station and charged on February 15, 2018.

Detective Constable Steve Cannings, from the Met’s Serious Collision Investigation Unit, said: “Taylor admitted falling asleep at the wheel. The investigation established he had been at a central London nightclub and he had been awake for 22 hours; he was also over the drink drive limit. Taylor was clearly not in a fit condition to drive a car.

“This case highlights the dangers of not only drink driving but driving while tired.

“Some of the victims attended court and have expressed disappointment at the length of sentence handed down. Although nothing can bring back their colleague Iulian-Claudiu Girdoc, I hope they are able to find a degree of closure and are able to move on from what has been a very traumatic time in their lives.”

Taylor has also been disqualified from driving for five years and will be required to take an extended driving test when the disqualification is complete.

Mr Girdoc, 31, died after the decision was made to turn off his life support.

A Crowdfunder page, set up to raise money for funeral costs and to return his body to Romania, collected £4,860.

The victim’s family praised the NHS doctors and nurses who tried to save him.

His cousin, Raul, said last year: “Claudiu came from a small town in Romania, to the big town of London with ambitious dreams of working to help his family.

“Last week Claudiu was at work having a chat with his colleagues when a split second later a car drove into him. Claudiu didn’t know what or why it happened at that instance.

“Claudiu’s mother has left her town in Romania for the first time ever to fly to London, sadly to see only flowers and photos lying next to the Catford bus garage in memory of her son.

“Claudiu’s last wish was to save lives by donating his organs to those more in need.

“The doctors and nurses at the NHS have done everything to save Claudiu. From all of his family, we appreciate that so much.”

Adam Niazi, who set up the Crowdfunder appeal, said: “I personally didn’t know Mr Girdoc well, however he was a familiar face to all the users of the car wash in and around Bellingham and Catford.

“From my observations, he and all his colleagues were hard workers – rain or snow, sleet or cold they worked hard to earn a living.”