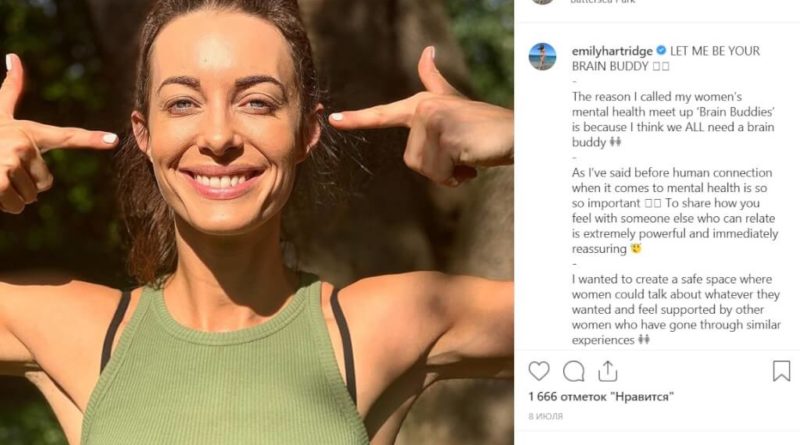 The family of a Youtube star who tragically passed away in an e-scooter crash are setting up a mental health charity in her memory.

Emily Hartridge’s family and friends have set up mental health charity Brain Buddies in memory of Emily and her own openness with mental health.

Emily unexpectedly passed away in a road accident in Battersea on 12 July. She was the first person in the country to be killed on an e-scooter when she was hit by a lorry at Queen’s Circus.

The family found out as her boyfriend, Jake Hazell, drove past the crash on his bike and saw the incident.

Emily ran a successful Youtube account and hosted a ‘10 Reasons Why’ series where she proved that everything in the world could be explained with 10 simple reasons. She tackled difficult issues with grace and openness on her account and showed her viewers that it is OK to talk about anxiety, sex, love and everything else in life.

Emily hosted her first Brain Buddies meet up in London on 13 June. Around ten strangers met in Battersea Park and spoke openly about their experiences with anxiety, depression, addiction and other challenges. The group decided that they would meet on a monthly basis because of its success.

Their next meet up was due to happen on 13 July when news broke that Emily had tragically passed away. The group still got together to pay their respects to Emily and felt that they should continue Emily’s dream and keep Brain Buddies going.

Emily advertised Brain Buddies openly to get as many people to attend as possible.

She said: “LET ME BE YOUR BRAIN BUDDY. The reason I called my mental health meet up “Brain Buddies” is because I believe we ALL need a brain buddy!

“As I’ve said before, human connection when it comes to mental health is so important. To share how we feel with someone who can relate is extremely powerful and immediately reassuring.

“I wanted to create a safe space where people could talk about whatever they wanted. And feel supported by others who have gone through similar experiences.

“I want to start a movement of talking and sharing about what is going on in our brains. I hope you will come to a meet up and meet lots of new Brain Buddies.”

Her family and friends have set up a crowdfunding campaign to expand Brain Buddies and aim to raise £10,000 and help more people. They are already over 30% on the way to receiving their target in less than 2 weeks. Over 44 people have supported the cause – a tribute to the impact Emily had on everyone around her.

Emily’s sister Charlotte and boyfriend Jake have been very involved in setting up Brain Buddies and have shared links to the charity Instagram on their personal accounts.

Jake always praised Emily for her openness about mental health and continues to share his own stories on his social media to raise awareness for mental health.

Speaking on Lorraine, Jake said: “Emily just had a gift of being able to normalise a very taboo subject. She taught me how to do it as I have my own struggles with mental health. She made it through her Instagram and Youtube really relatable for so many people who would not necessarily have a voice or the confidence to do so, and who maybe couldn’t afford expensive physiatrists and stuff. What she learnt she taught on her social media. I think that is amazing and that is what we want to continue to do.”

Charlotte has got a tattoo of the number 4 on her wrist since Emily’s passing – which was Emily’s favourite number.

Joining Jake on Lorraine Charlotte said: “Obviously it is early days and obviously it is a work in progress. I would have been too emotional and it is too raw for me to really think about it yet. But one of our friends stepped up straight away and she was like ‘right we are going to continue this’. On the day that they found out that Emily had died they still had her second mental health meet-up that she had organised. They said it was really beautiful – they did it in the park.

“It is still a work in progress but Emily was very much about ‘it is just simple, it isn’t rocket science, it is just mental health meet-ups to talk about it and reduce the stigma, work with mental health professionals to go in to schools and get them talking from an early age’. It is just really to carry on Emily’s message of talking.”

Emily’s family and friends came together on 2 August in shared grief and to celebrate her life as she was lay to rest in Havant.

Many people have shared loving tributes in memory of her life and have all joined together in the hopes of achieving her dream to stop the mental health stigma.