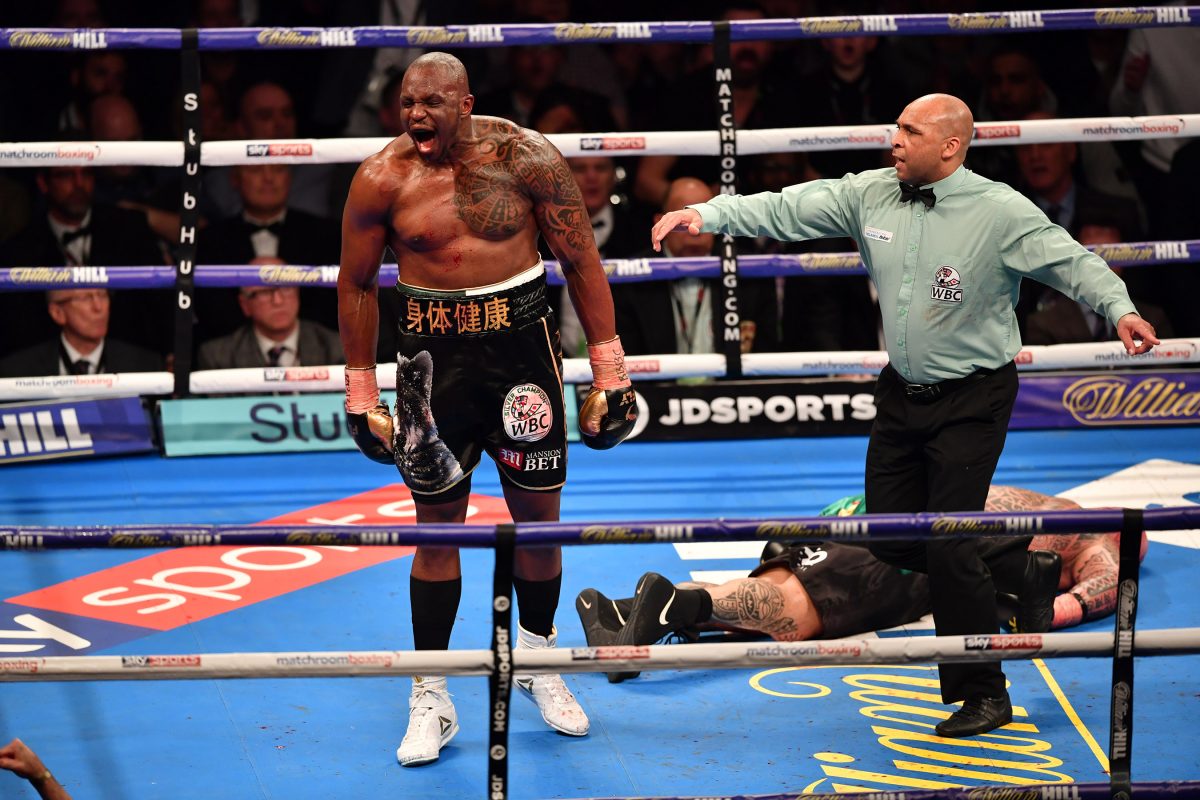 Dillian Whyte inflicted a brutal six-round beating on Lucas Browne at Greenwich’s 02 Arena on Saturday night – only underlining his credentials for a world title shot.

The South Londoner was highly impressive as he took the unbeaten record of his Australian opponent and retained his WBC silver heavyweight title.

Whyte will hope such an emphatic victory will set up a rematch with Anthony Joshua, his only defeat in the professional ranks, or push along his hopes of enticing WBC world champion Deontay Wilder to the UK.

But whether Wilder will be keen to risk a money-spinning unification clash with Joshua at risk by facing the Brixton puncher has to be doubtful – especially with “The Bodysnatcher’ producing some deadly punch selection.

Browne was heavily bloodied before the finish, a big left hand sending him toppling to the canvas.

He needed lengthy treatment on the canvas, with an oxygen mask placed on him before he was sat up in his corner. He left the ring of his own accord but was then placed on a stretcher.

The fight was screened on US TV by HBO and Whyte instantly called out Wilder for a showdown at the same venue this summer.

“I’ve proved to everyone I’m world class. I’m a good fighter I need the challenge, that’s when I rise.

“Lots of people say this and that but when they stand in front of me it is a different story. The 02 is my home, we’re going to bring some more fights – let’s bring it.

“The WBC are good people and they stick to their word – they want people to be active. Joshua cant fight him next – his next fight has to be me. If he [Wilder] fights someone else I’ll go to America and kick off.

‘He was heavy handed but power don’t faze me.

Whyte was asked about another crack at Joshua.

He said: “I want to fight him another three, four or five times in my career. There’s something that just starts. We’re two left-hand lovers. People behind the scenes know.

“I keep training like the underdog. When people write me off, something inside me ignites. It’s good to be stubborn in that respect.”