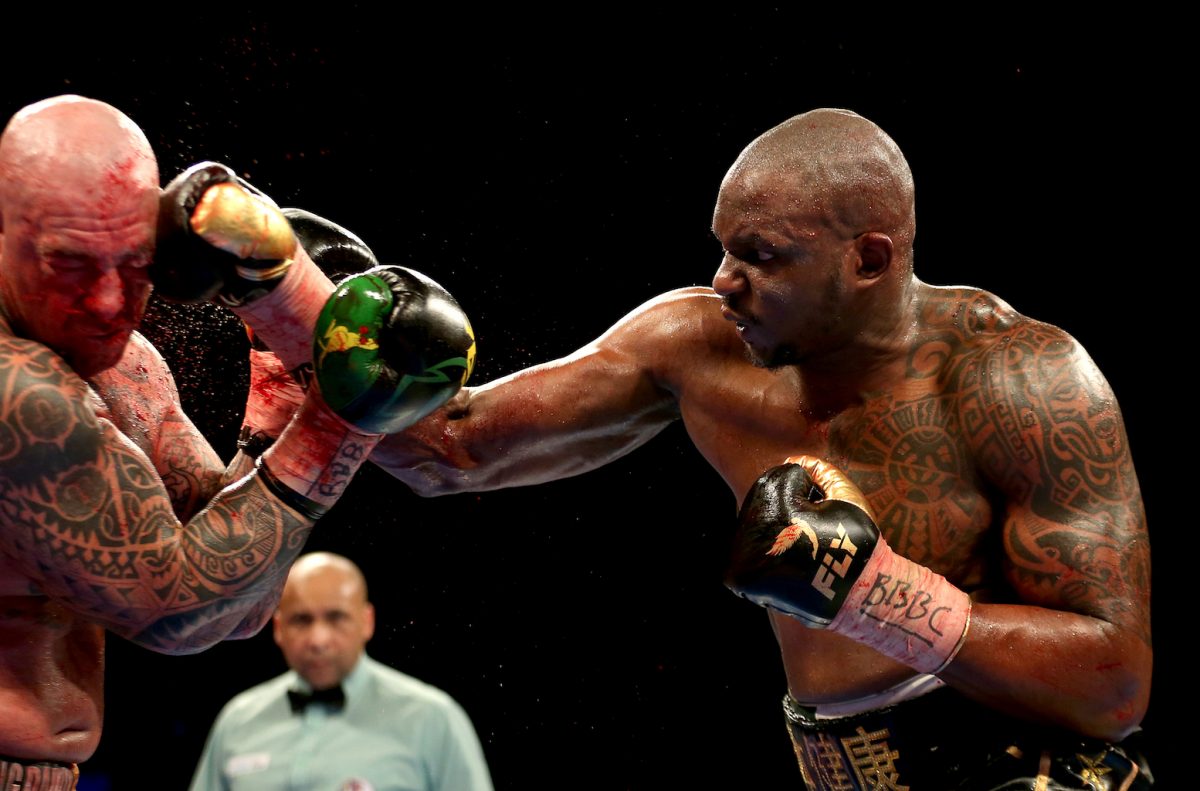 Dillian Whyte is hoping that the WBC backtrack on their decision to make him fight again to become mandatory challenger to world champion Deontay Wilder.

The Brixton heavyweight produced an impressive knockout win over Lucas Browne in March and has been chasing American belt-holder Wilder.

If Whyte is made mandatory challenger then Wilder will have to face him. Instead it looks as if the Oklahoma man will instead defend against Dominic Breazeale.

Whyte is ranked number one by the WBC and holds their silver title, which usually strengthens a boxer’s claim for a crack at the world champion at the weight.

The governing body have now ordered him to face Luis Ortiz, who lost to Wilder earlier this year.

“I’ve been number one for eight months – I’m very, very disappointed they have overlooked me,” explained Whyte. “The WBC said they are going to do the right thing, have a look at it and come up with a way of fixing or satisfying everyone – meaning me, Wilder and Breazeale.

“I’ve got faith in them that they will follow the rules and abide by their rules.”