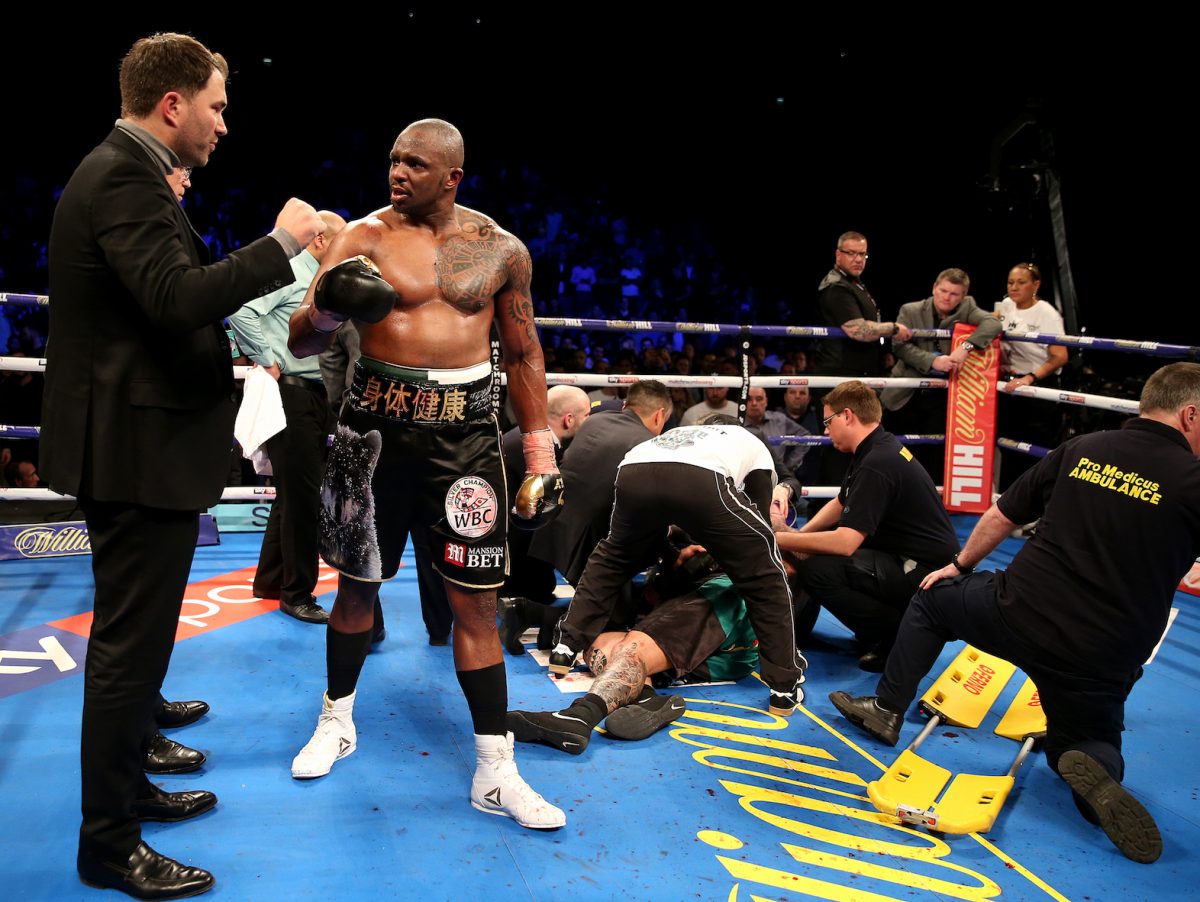 Dillian Whyte’s promoter Eddie Hearn says that they have tabled an improved offer on Monday night to WBC world champion Deontay Wilder for a summer fight.

Brixton heavyweight Whyte knocked out Lucas Browne in the sixth round at Greenwich’s 02 Arena on Saturday to retain his WBC silver title.

And the South Londoner wants Wilder next.

The unbeaten American is keen on a unification clash with Anthony Joshua, the IBF and WBA belt-holder is looking to add the WBO strap to his collection when he faces Joseph Parker in Cardiff on Saturday night.

Wilder is scheduled to do punditry work for Sky Sports in Wales but Hearn told iFL TV: “I’ve been told he is not coming. The whole epicentre of heavyweight boxing and boxing is in Cardiff on Saturday night.

“How bad does he want the fight if he is not coming? I don’t think he wants to get mixed up with Dillian and Josh. I don’t know [if it is because he] now realises Dillian is coming and he’ll be down his neck and his bum has gone. But who is advising these people? He would get more media than in his last 10 fights put together.

“We have got two boxers who will take his belt – AJ and Dillian Whyte. We have made an improved offer to Deontay Wilder [for the Whyte fight]. If he doesn’t take this fight he is a joker.

“I’m not going to talk numbers but it is a significant increase. That was only made last night.”