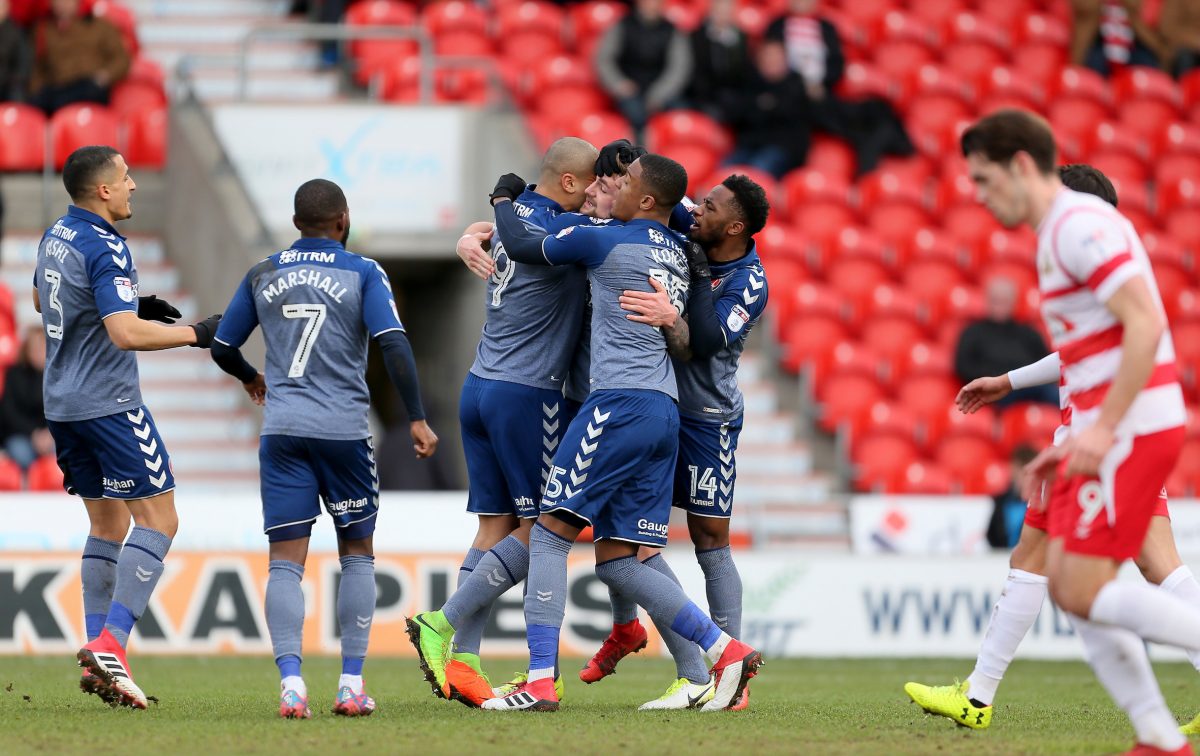 Charlton were denied three points late-on for the second week in a row as Matty Blair’s 94th minute leveller earned Doncaster Rovers a share of the spoils.

Patrick Bauer’s first-half header looked like it was going to be enough for victory, but the Addicks were once again left to rue an inability to kill a game off.

Tariqe Fosu won a free-kick on the edge of the host’s area early on, but he curled the set-piece over as Charlton looked for the perfect start.

Andy Boyle headed a corner just wide for Rovers before Ahmed Kashi nearly grabbed his second goal in as many games at the other end, firing a loose-ball off-target after a Fosu cross was hacked away with Ben Reeves set to turn it home from close-range.

Karl Robinson’s men did have the lead just beyond the quarter-hour mark. Fosu broke into the penalty area and saw his low-cross hacked behind for a corner – with Bauer unmarked at the far-stick to nod the set-piece past Ian Lawlor in the home goal.

The South Londoners should have doubled their lead just before the interval. They broke from a Doncaster corner, but Ben Reeves chose to pull the ball back to Josh Magennis when he had the chance to shoot. Magennis’ shot was blocked, Mark Marshall’s rebound was smothered and eventually the hosts cleared their lines.

The impressive Fosu was involved again early in the second-period. Left-back Jay Dasilva broke into the penalty area and squared for Fosu – whose shot was turned wide by Lawlor.

The Donny keeper was called into action again shortly after, denying Reeves as he volleyed a knock-down from Magennis at the target.

Some heroic defending denied Fosu from giving his side daylight with 13 minutes left to play. He pounced on a loose ball in the Rovers half, rounded Lawlor but was denied by a last-ditch challenge from Tom Anderson.

That elusive second goal never arrived for Charlton, and they were punished deep into injury time.

Luke McCullough’s shot deflected into the air and fell nicely for Blair to nod beyond the onrushing Amos and break Addicks hearts.