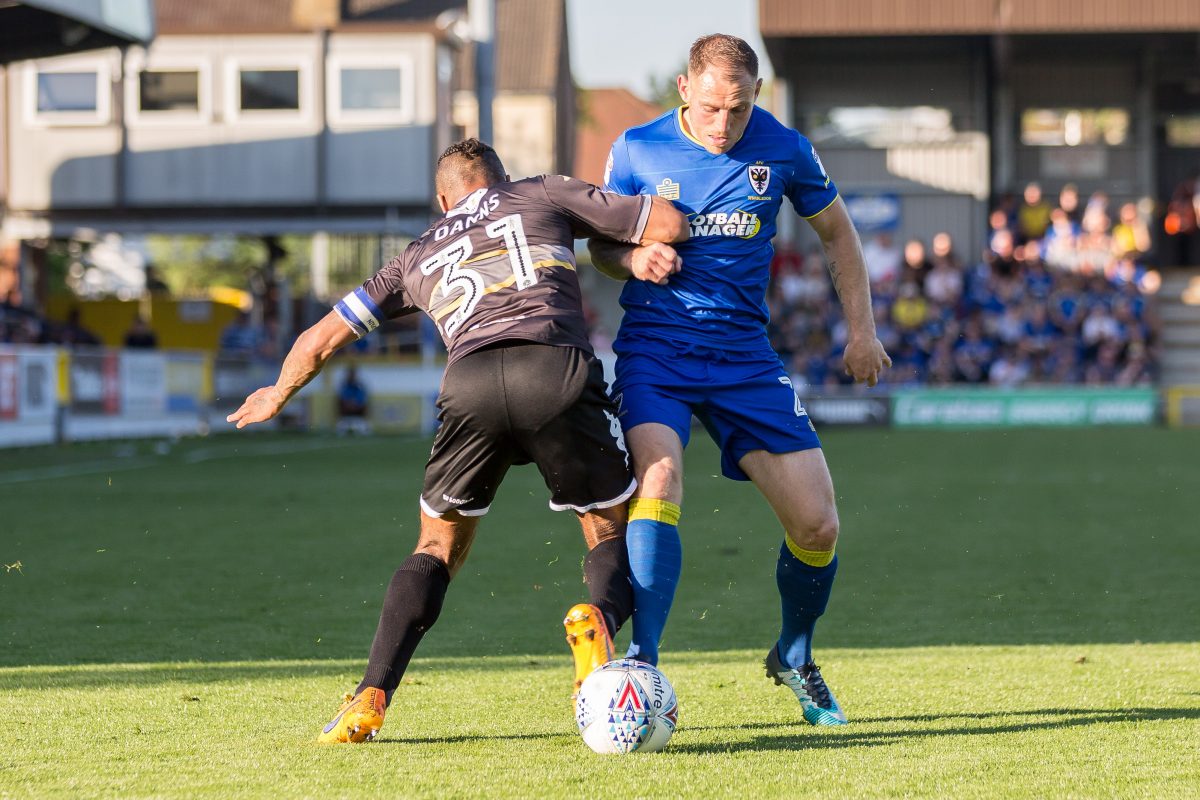 Neal Ardley has spoken about his decision to let club captain Barry Fuller leave AFC Wimbledon – and why he wanted the defender to go out on a high.

The right-back played 223 times for the Dons, including lifting the League Two play-off trophy two years ago, but he was one of nine players to be released.

“Barry has been brilliant,” said Ardley. “He has been immense for me in so many ways. His attitude on the training ground and on the pitch, he epitomises what this club.

“Sometimes as a manager you have to try and improve certain positions and bring in players you are looking to start ahead of players who are already at the club.

“In Barry’s case that is very difficult as he has been the first name on the team sheet and has hardly ever been left out.

“He is a legend and someone I have a wonderful relationship with. His final year may have ended up not being as good and with Barry that is something that I didn’t want to happen. I don’t think he would have accepted that.

“Barry still wants to play, and rightly so.”

“Robbo is a very intelligent player and reads between the lines,” said Ardley. “He knows we have been better this season when we have played a little bit higher defensively.

“We have tried to go brave and played two v two at times and that role doesn’t really suit Robbo at his age.”

George Francomb and Callum Kennedy have also been let go.

“George is an unsung hero and very under-rated,” said Ardley. “His best position is probably right-back but Barry has made that position his own for the last couple of years so he ended up playing right-midfield, centre-midfield and left-back.

“He played everywhere for me. George has been with me for five years and is such an intelligent footballer. We are maybe going to change a few things at the training ground and culture to move it to another level. Sometimes you have to say he needs to go and get game time, really play regularly. He probably needs a move to freshen things up.

“Callum is a bit like a boomerang – he keeps coming back. He has lots of ability and I like him. But if I want to improve the team I’ve got to try and look for better – but it is not guaranteed. He needs to play. At 27 or 28 he is in the prime of his life.”