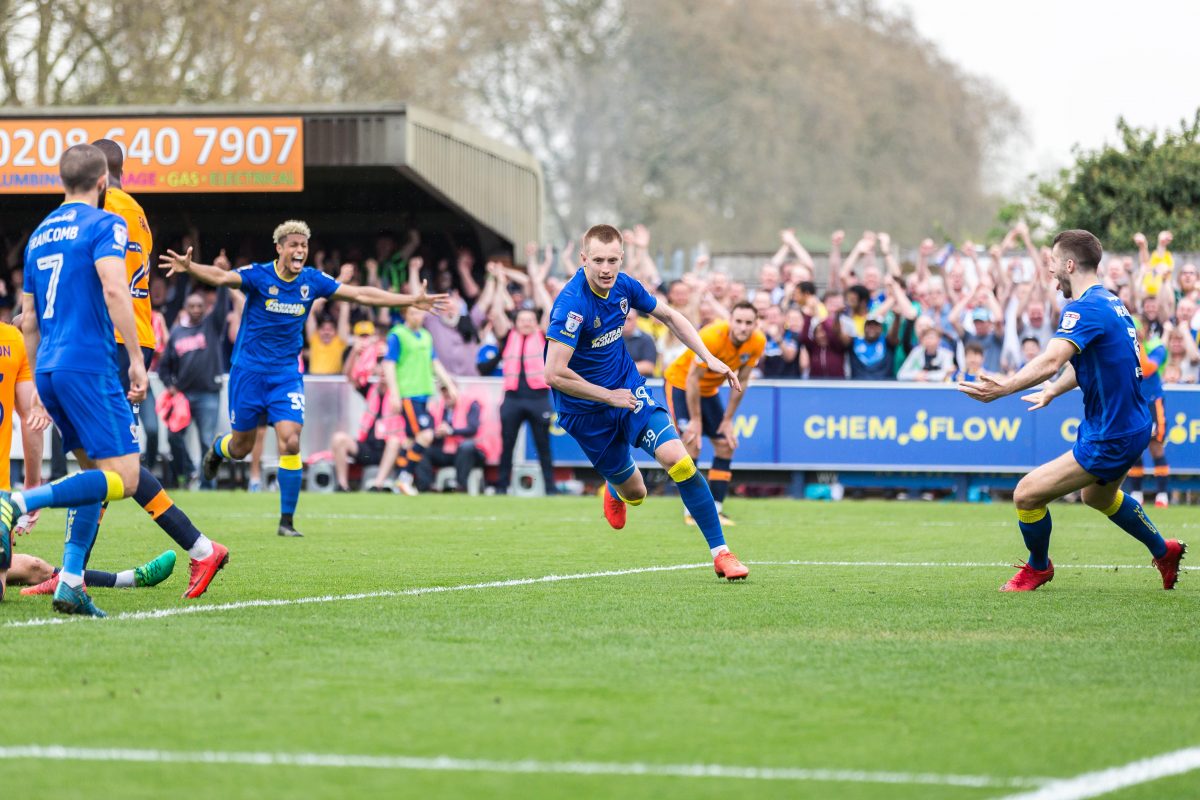 AFC Wimbledon manager Neal Ardley expressed his frustration after seeing his side twice pegged back in yesterday’s relegation scrap at the Cherry Red Records Stadium, and admitted some of his players were running on fumes by the end.

“We were carrying a few knocks out there,” said Ardley, “Baz Fuller’s hardly trained this week, Liam Trotter’s hardly trained – he’s been ill; Andy Barcham was carrying a couple of things at half time, he was struggling. I just thought Lyle Taylor was running on empty up top and Pigg’s [Joe Pigott] was trying to catch up from when he was concussed. The boys have given everything, I can’t ask for any more from them.”

But the Dons boss could not hide his frustration after the umpteenth long-throw from Oldham’s Tom Hamer on the right touchline went through his back line for the first of the visitors’ two equalisers.

“We worked loads on long-throws yesterday, and on who was marking who,” added the Dons boss after the 2-2 draw. “And you look back and say: ‘that’s not what we did yesterday’.

“We’ve only got ourselves to blame. That focus when we needed it to do our job, but [my players have] given everything and [a draw is] not the worst-case scenario. It could have been, and credit to Oldham because they had a right go in the second half.”