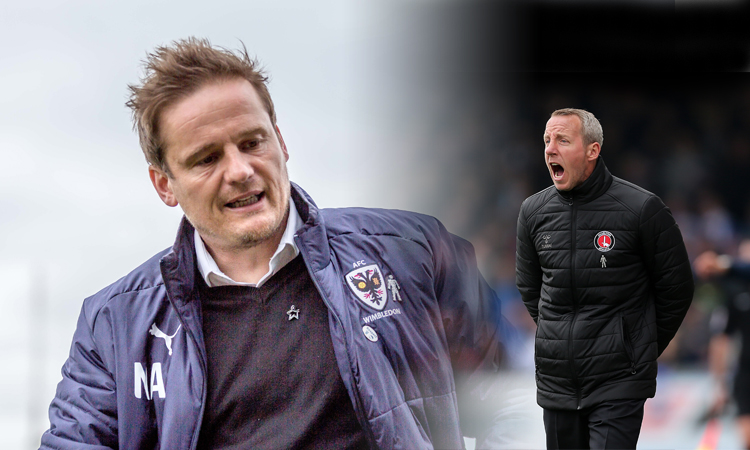 AFC Wimbledon Charlton Athletic Sport
10th April 2018 Richard Cawley 0 Comments
By Richard Cawley
richard@slpmedia.co.uk
AFC Wimbledon boss Neal Ardley reckons that Lee Bowyer has taken the shackles off Charlton Athletic.
The Dons chief will be aiming to inflict a first defeat on the Addicks caretaker manager tonight when the two clubs meet at the Cherry Red Records Stadium.
Bowyer’s 100 per cent record went at the weekend after a 1-1 draw at Bristol Rovers but they have still taken 10 points from a possible 12 to massively boost their play-off hopes.
A win for Charlton tonight would move them up to fifth in the League One table and they would also open up a three-point cushion on seventh-placed Portsmouth.
Bowyer replaced Karl Robinson last month with the Liverpudlian stepping down to take over at Oxford United.
Ardley said: “They have gone to a diamond midfield and it has been a massive positive so far. I don’t know what was going on before, what the feeling was, but it looks like Bows has gone in with no pressure and just got them playing with freedom.
“He has put more attacking players on the pitch. It is a very, very expansive style – they have got nothing to lose.
“They are a dangerous team and have walloped everybody who has come into the sights bar Bristol Rovers, but they are a tough side at their own place.
“In all fairness Charlton are only doing now what we all expected them to do most of the season – they are one of the best teams and one of the biggest clubs in the league. They are expected to be a top-six team and are finally showing that potential.”
Charlton will be without Ahmed Kashi for tonight’s derby – with on-loan Chelsea left-back Jay Dasilva also a doubt.
Algerian midfielder Kashi has a heel problem while Dasilva (thigh) was also unavailable for the weekend draw at the Memorial Stadium.
Bowyer said: “There’s six left now – we’ve just got to keep winning games, or not losing games.
“We want to be taking three points instead of ones. Ones aren’t really that good at this stage of the season. If we win on Tuesday, that puts us four points in front of others which is a nice little gap and we’ve got to play a couple of the others.
“At the moment, I’m happy with the lads. I said to them that this [Bristol Rovers] is two points dropped but it’s important that we go and prepare for Tuesday.”