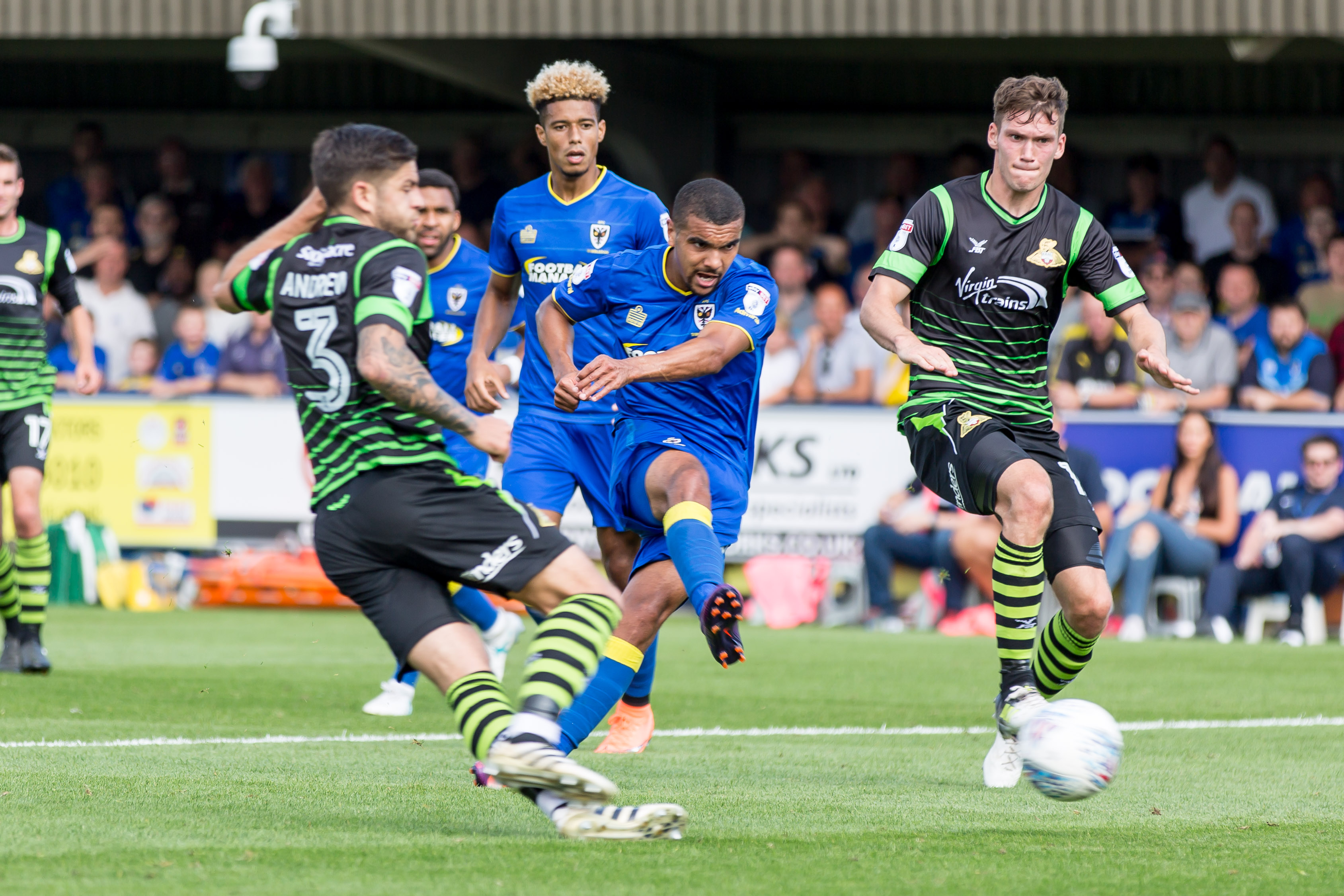 AFC Wimbledon manager Neal Ardley said he was unable to put a date on when injured striker Kwesi Appiah would be available for selection again, writes Anthony Scales.

The former Crystal Palace forward has been ruled out by a hamstring injury since the 2-0 defeat to MK a month ago and Ardley says the player is entering a critical stage of his recovery.

“He was doing well,” said the Dons boss. “We’re trying to push him now to get him that final bit and he’s just starting to feel that bit of tenderness. It might be a case of taking a couple of days, stepping back.

“The real crunch time is that 4-6 week period we’re in now where you start to up the ante to see if they’re ready. He might not actually be ready, so I can’t give an answer on timescales.”

With two goals from 11 appearances since joining the Dons in the summer, Appiah remained Wimbledon’s joint top scorer – along with Andy Barcham – until Lyle Taylor’s hat-trick against Rotherham last week.