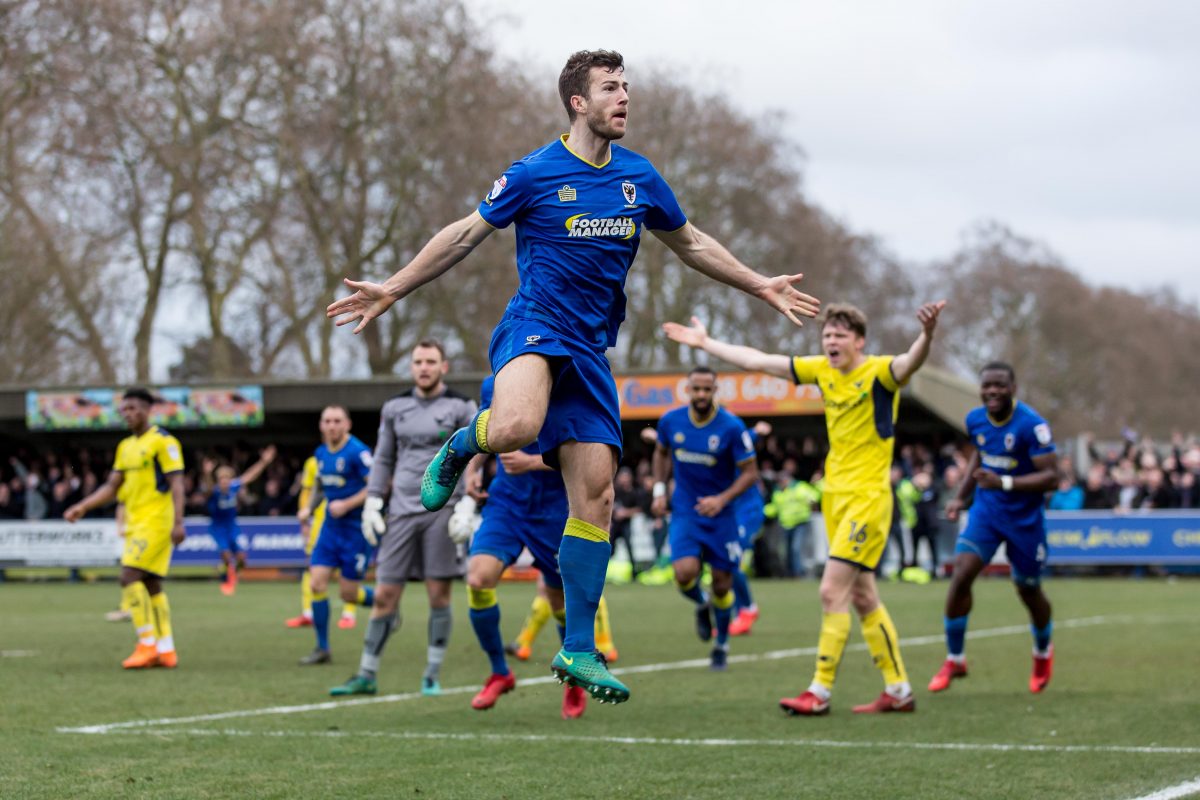 The delight was evident as Wimbledon’s Jon Meades got airborne in front of the Chemflow End to celebrate his winning goal in Saturday’s vitally-important 2-1 win at home to Oxford.

And the 26-year-old full-back, who made a handful of appearances for Oxford during an injury-hit spell with the U’s, said it never crossed his mind not to celebrate out of deference to his former employers.

“For me it’s all about playing for Wimbledon now,” said the Welshman, “Scoring doesn’t happen very often for me, so I don’t have a celebration planned, I just do what comes!

“It’s been a bit long overdue for me. I’ve had a few chances this season and been a bit frustrated. A couple of times I haven’t hit the target and I probably should have, keepers have made a couple of good saves from my headers. To finally hit the target and score a goal was really nice, to get the winner especially makes it a little bit more special.”

The Cardiff-born defender reckons Wimbledon can’t afford to think about what their rivals are doing in the scramble to stay in League One, it’s all about getting the points in their final 10 fixtures.

“It’s obviously nice to do well against your old club,” said Meades. “But it was all about getting the three points. In the position we’re in it’s vital for us to get points on the board and we’re going down to the last 10 games now, and understand what we need to achieve.

“Everyone’s going to be winning down there [near the bottom of the table] when it comes to this part of the season. Hopefully we can get another three or four wins. We’ve just got to focus on ourselves, we can’t worry too much about what anyone else is doing. If we keep putting in performances like that, I’m sure we’ll be okay.

“When it comes to this part of the season, sometimes it’s not all about flowing football – which we know we can do – but we did that side of the game, the nitty gritty, really well [against Oxford] and that’s what got us the three points.”