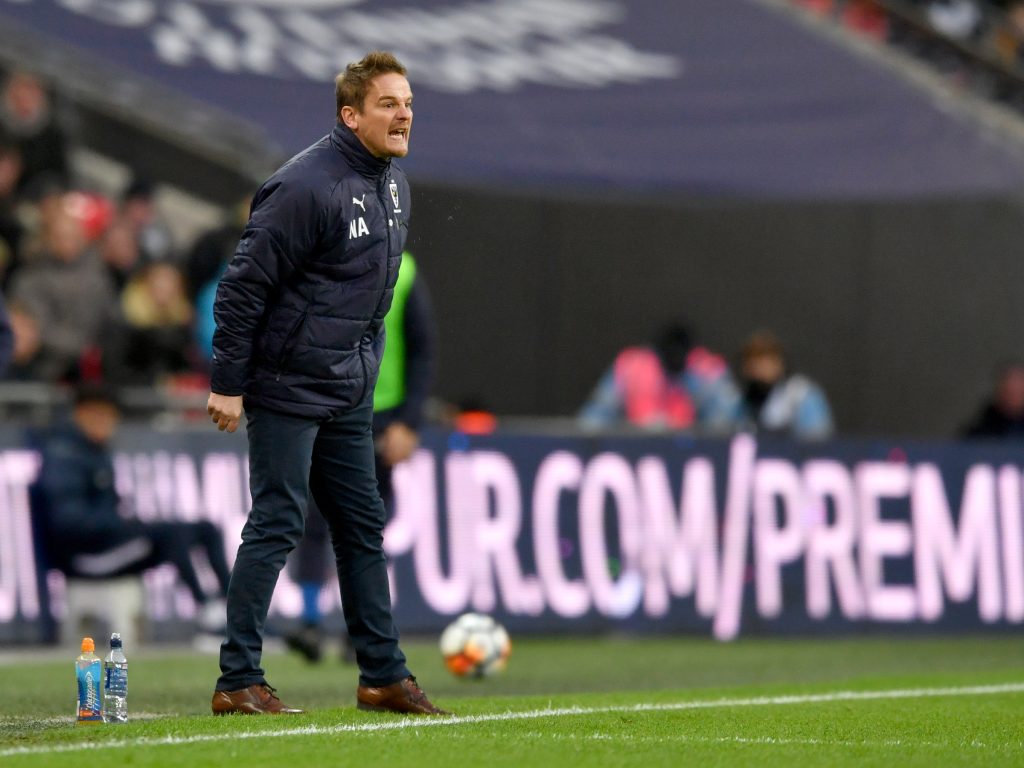 AFC Wimbledon manager Neal Ardley paid tribute to his players for holding a Tottenham team featuring Harry Kane at bay for over an hour – but admitted Spurs’ depth of talent was ultimately too much for his League One side.

“I was pleasantly surprised when I saw the starting line-up,” said Ardley of England striker Kane’s inclusion in the Spurs team which eventually ran out 3-0 winners in the FA Cup third round. “You want to play against the best.

“For an hour the gameplan that we’d worked so hard on was spot-on and there was a chance from Jimmy Abdou which brought a great save from their goalie.

“It was always going to be a concern about whether we would put ourselves out of the game early on and we had to try and stay in it as long as we could.

“Then eventually we started to get a bit tired and they brought on some quality and that broke us.

“We knew as staff we wanted to try and stay in the game, and we’d done that at half-time. We knew it was going to be the legs [that might tire] after that and what Mauricio [Pocchetino, Tottenham manager] did really well was to use his subs to change the shape slightly and give us a different type of problem.

“They hurt us a bit more down the sides and before you know it you get tired trying to stop that and leave gaps through the middle, and so on and so forth. Eventually it broke us and that was great play from their manager. It was just too much for us.”

“The fans were incredible,” added the Dons boss. “The atmosphere was electric and they had me and [assistant manager Neil] Coxy in stitches with their roar when we won our first corner, it sounded as though we had scored!”