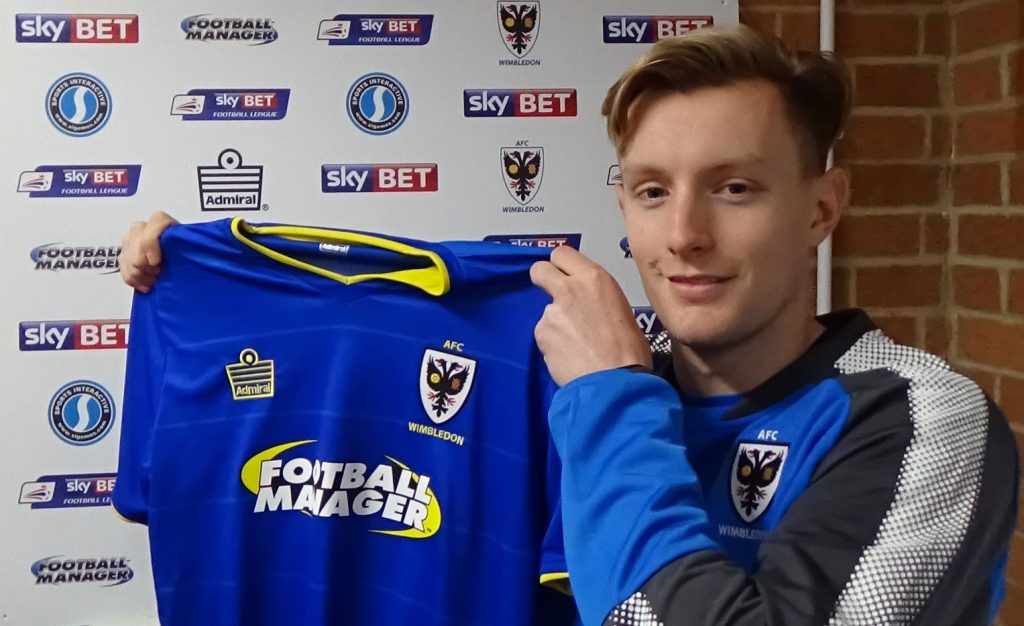 AFC Wimbledon have completed the signing of Joe Pigott on an 18-month deal from Maidstone United.

The former Charlton Athletic youngster had scored 11 goals in 28 games for the National League side.

Maidstone-raised Pigott was released by the Addicks in 2016 and spent the following campaign with Cambridge United.

He joined Maidstone – his hometown club – in the summer.

Asked if another shot in the Football League had come quicker than expected, Pigott replied: “I perhaps didn’t expect it as quickly as this but I’m really excited it’s happened.

“To get into a League One club like Wimbledon, I’m really happy.”