The fact that AFC Wimbledon had not tasted defeat on home turf since September 21 is a testament to the work done by Glyn Hodges and his  squad over the past few months.

However, Oxford moved into second spot with a hard-fought victory at The Cherry Red Records Stadium on Sunday – ending the Don’s impressive three-month unbeaten home run in the process.

There’s no shame in that – Oxford are undoubtedly a team which will be in the mix for promotion in May. But the performance from Hodges’ men, along with their recent form, make the early season struggles of waiting 12 games for a win seem a distant memory. 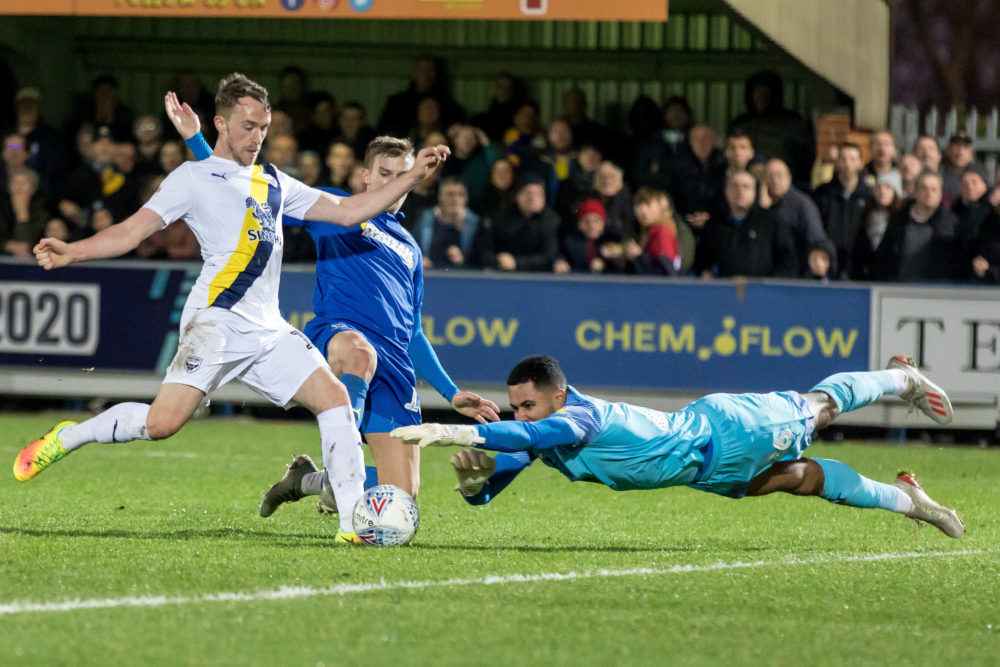 The game was more of a scrap than a spectacle in the early stages, but the visitors settled better. They were fortunate though, surviving a penalty shout after a driven strike appeared to hit an arm in the box, before Joe Pigott’s smart finish in the same passage of play was ruled out for an apparent offside.

The visitors began to seize control as the half wore on. The 5-3-2 formation with wing-backs has served Wimbledon well, but Oxford were intent on building overloads down the flanks and finally found some joy midway through the opening period.

The tandem of Sam Long and Mark Sykes proved a dangerous combination on the right flank for United all afternoon, and it was their neat overlapping move which saw Long’s tantalising delivery diverted into his own goal by the unfortunate Shane McLoughlin. There was very little else the Irishman could have done.

Oxford threatened to kick things up a gear following the goal without ever really following through. The likes of Rob Hall, Shandon Baptiste and Sykes were more than content to run at Wimbledon with the ball, but they failed to craft anything of note, as the Dons had a fleeting spell of pressure in the final few minutes of the first-half, mainly through the set-piece deliveries of Max Sanders. 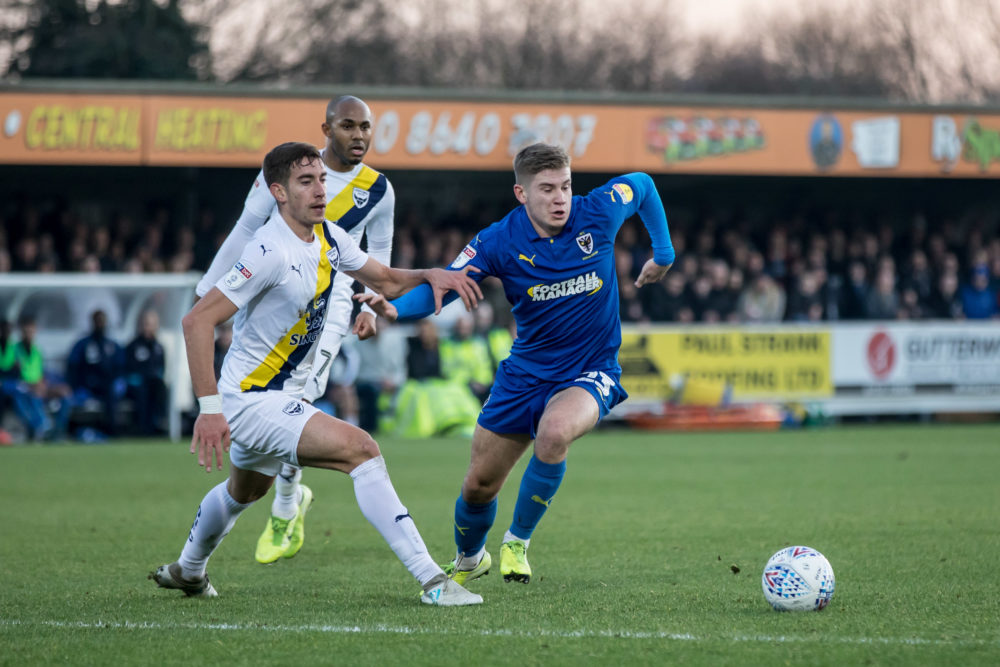 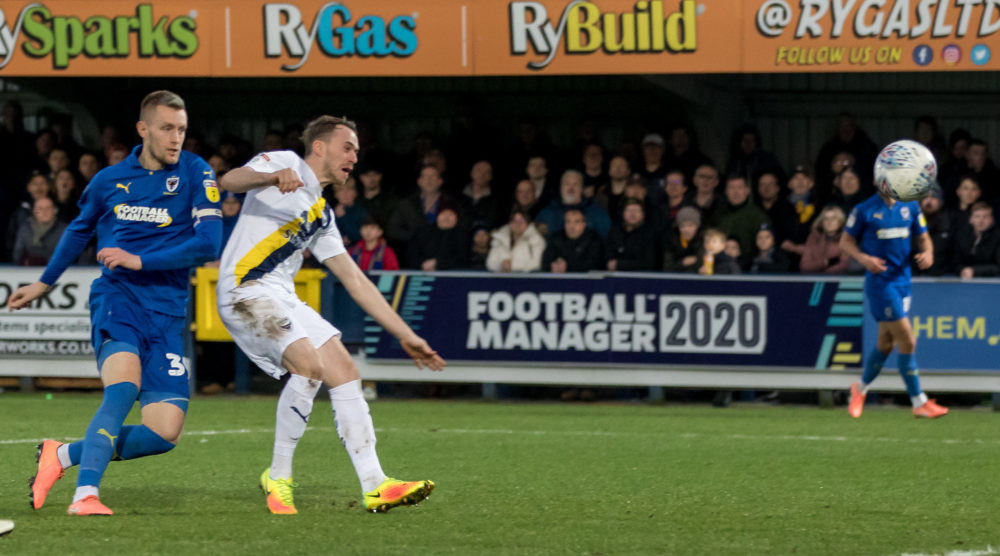 Whatever Hodges said to his patched up and youthful side worked a treat, as they were level within 60 seconds of the restart. A good passage of play saw an early ball into the box cleared out to Luke O’Neill midway inside the Oxford half. He whipped a fantastic ball to the lurking Pigott at the back post – the Dons skipper made no mistake, sweeping a venomous volley beyond the helpless Jordan Archer.

The outcome of the contest stayed in the balance with both sides angling for the breakthrough which would hand them the advantage. The Dons perhaps shaded the majority of proceedings following their equaliser, before the game turned on the hour mark. 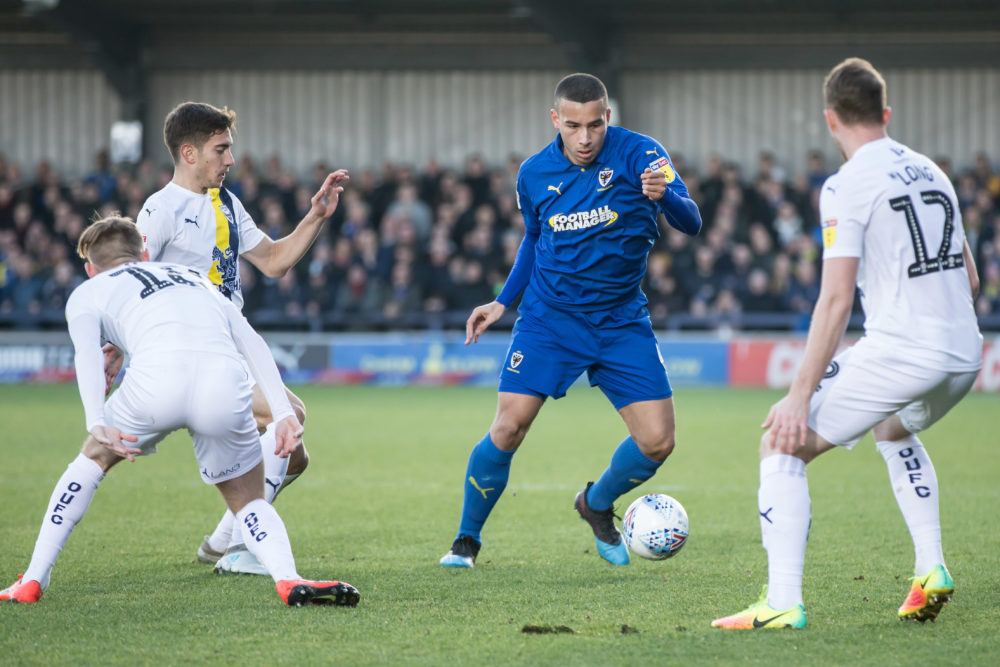 Baptiste showed his quality as he weaved a ball between the Dons defence for the lively Sykes to race on to, finishing smartly across Nathan Trott and into the far corner in the games standout moment of quality.

Wimbledon battled hard to restore parity for a second time but couldn’t find that elusive second goal, despite the best efforts of Pigott, Marcus Forss and Jack Rudoni. Rudoni, making his second successive start after a full debut at Bristol Rovers a couple of days prior, was full of energy and grit in the middle of the park, and perfectly epitomised the battling Dons, who would ultimately fall short. 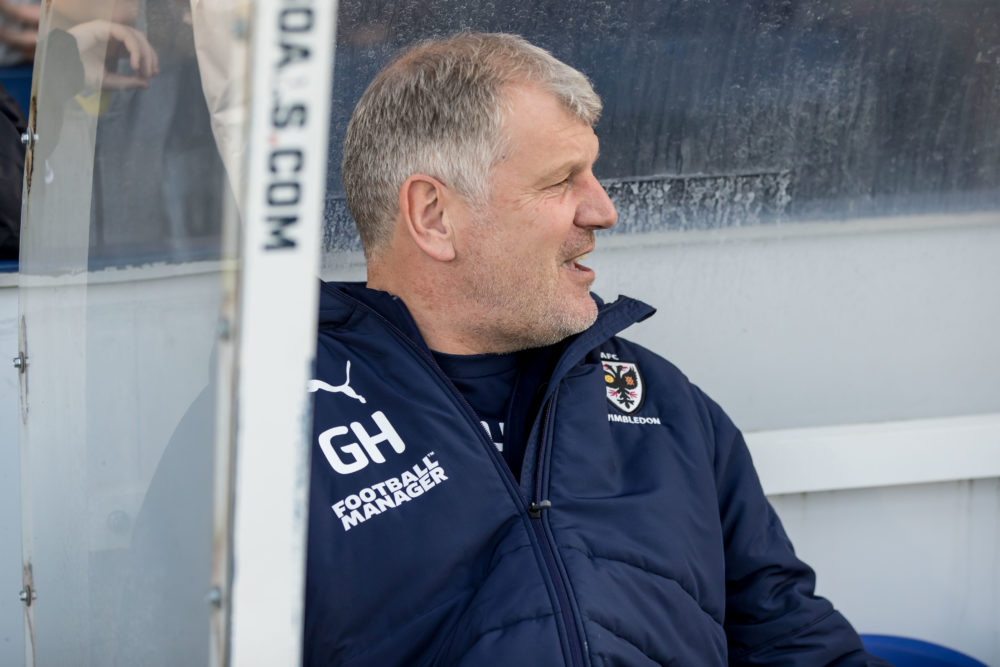 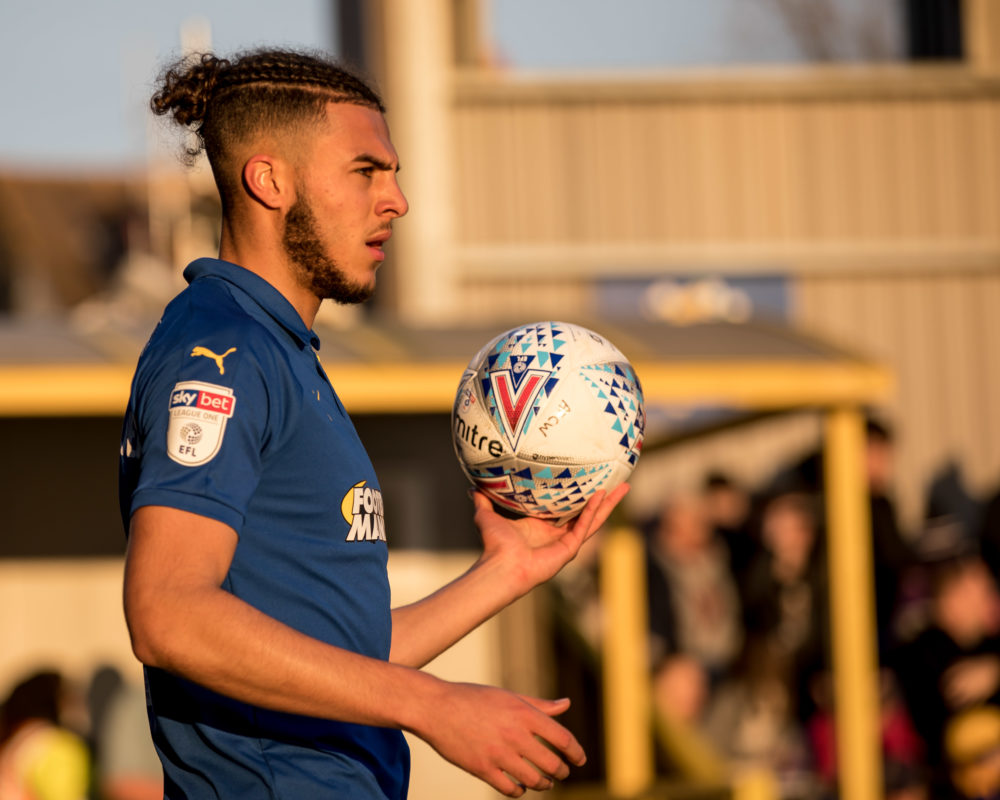 But Hodges and his men can take heart from taking one of the division’s top teams all the way in the club’s final action of the decade.

To say the Dons are a million miles away from where they began the decade would be an understatement. Even a glance at the League One table this time last year compared to tonight’s standings is a stark reminder of how far the Dons have come.