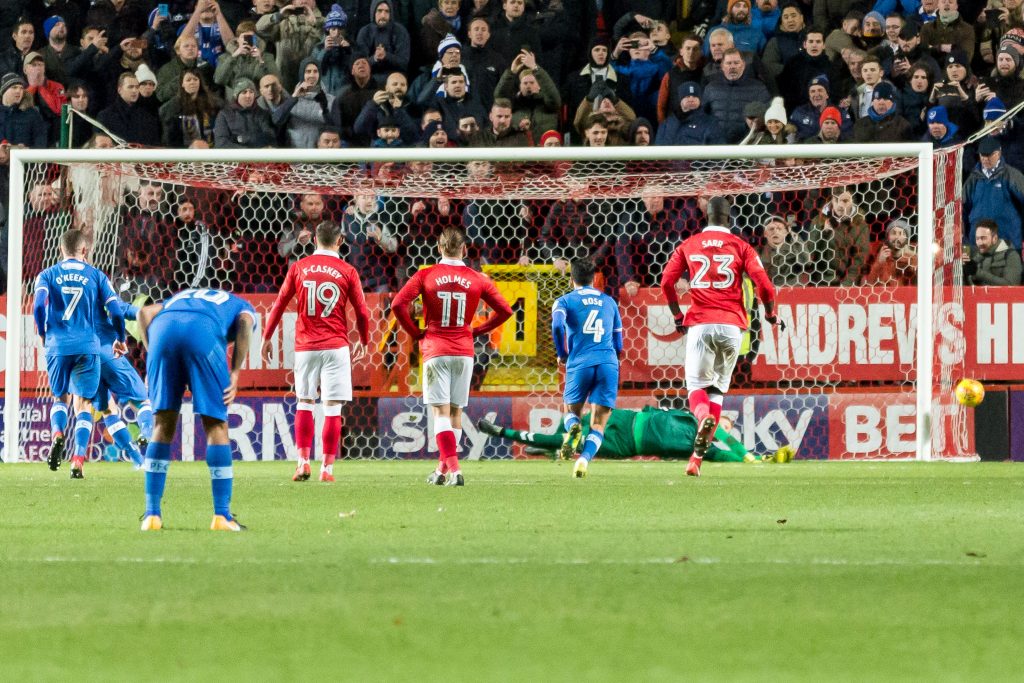 Ben Amos is refusing to rule Charlton Athletic out of the automatic promotion chase despite their stuttering League One form.

The Addicks are six points behind second-placed Shrewsbury Town and Saturday’s 1-0 defeat to Portsmouth means they have taken one point from a possible nine.

When asked if the top two was still a target, Amos replied: “Yeah, definitely. If we are in the top six by Christmas there is still a lot of football to be played.

“There is nothing to worry about. We know we have got to hit a good run of form but it is up to use to rise to the challenge.

“We had a lot of the ball against Portsmouth but just couldn’t create clearcut chances. They defended well, to be fair to them. We probably didn’t ask enough questions of them and maybe played to their strengths with big balls into the box – their two centre-backs are very good in the air.

“We maybe need to be a bit cleverer if we come up against that in the future. It is not quite clicking at the moment, for whatever reason. But I think it will do.”

The match was the anniversary game marking 25 years back at The Valley.

“We knew what the occasion meant to the fans,” said Amos. “We watched a video on the return to the Valley. Unfortunately we couldn’t bring three points.”

Saturday’s opponents Blackburn Rovers are unbeaten in nine league matches – including five straight wins. They have not lost at Ewood Park in over two months

“It’s going to be tough,” said Amos. “If we can get back to being resilient again, keeping clean sheets – at least it gives us a platform to go and score some goals.

“Sometimes it just doesn’t go your way. Maybe at the beginning of the season we won a few games we didn’t deserve to and ground them out.

“We need to do the basics right and be more aggressive that the opposition – get a little more nasty.