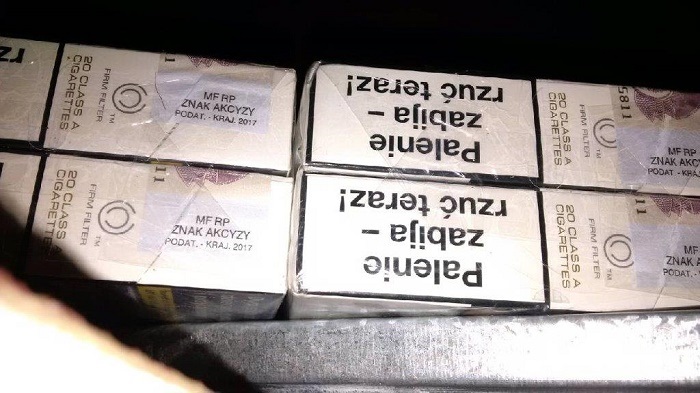 An operation to disrupt the sale and supply of illegal tobacco and alcohol in Croydon, Tooting, Sutton and Streatham uncovered more than 49,180 cigarettes, 2.15 kilos of hand-rolling tobacco and 731.3 litres of alcohol, all believed to be illicit.

The visits, as part of HMRC’s Tobacco Taskforce activity, led to suspected illegal tobacco  and alcohol products being seized from 16 premises. This included:

Chris Gill, Assistant Director, Fraud Investigation Service, HMRC, said: “The sale of illegal tobacco and alcohol will not be tolerated by us or our partner agencies. Disrupting criminal trade is at the heart of our strategy to clampdown on the illicit tobacco market, which costs the UK around £2.5 billion a year, and the sale of illicit alcohol which costs the UK around £1.3 billion per year. This is theft from the taxpayer and undermines legitimate traders.

“We encourage anyone with information about the illegal sale of tobacco or alcohol to report it online or call the Fraud Hotline on 0800 788 887.”

Gillian Deane, Border Force Assistant Director at Gatwick Airport, said: “By working with other enforcement agencies, such as HMRC and Trading Standards, we will continue to tackle this illegal trade head on.

“The black market cheats honest traders and it is effectively stealing from the public purse. People tempted by cheap tobacco and alcohol should think again.”

Merton Council’s Assistant Director of Public Protection, John Hill, said: “This week has seen a co-ordinated clampdown across Merton on those retailers who are putting public health seriously at risk by selling fake products which are not what they are purporting to be.

“With often a far more dangerously high tar content than the genuine item, such fake tobacco and cigarettes are often filled materials such as excrement and dead flies and contain a very low level of genuine tobacco content.

“This kind of activity is not only immoral, it is dangerous and illegal and we will continue to work closely with the public and our partners to stamp it out.”

Paul Browne, Wandsworth Council’s Licensing and Trading Standards Manager said: “We fully supported this crackdown on the sale of illegal tobacco and alcohol, within Wandsworth, as part of our ongoing efforts to ensure a level playing field for legitimate traders.

“This type of criminality often involves much more than just simple tax evasion, as the criminal gangs who distribute these goods use the profits to help finance more serious crimes such as people trafficking for the purposes of prostitution and modern day slavery.”