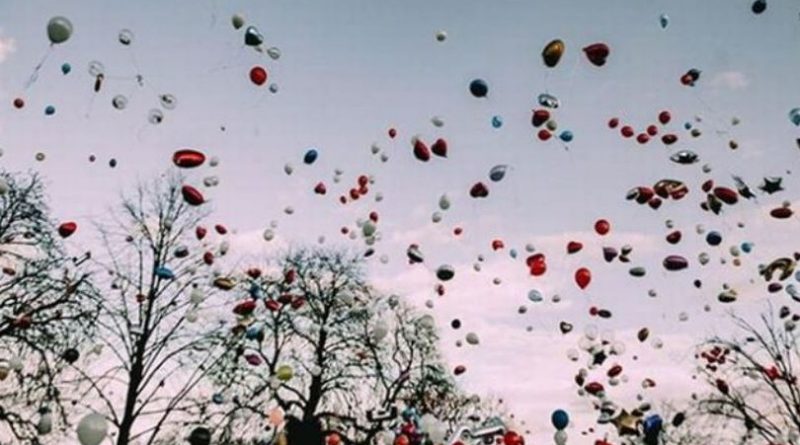 A driver has pleaded guilty to causing the death of a rap artist earlier this year.

Cadet, from Brixton, whose real name is Blaine Cameron Johnson, 28, died at the scene after the Toyota Prius he was travelling in was involved in a collision with a Vauxhall Combo van at 1.30am.

His taxi driver and three other passengers were treated at Royal Stoke Hospital and have since been discharged.

Blaine’s close friend, Krept, helped to organise a memorial, pictured above, in London’s Hyde Park hours later – with fans invited to come and join the family in remembering the grime star.

Blaine’s mum said at the tribute: “Don’t hold it up, don’t keep pent up anger inside you. It’s not good. You will become angrier and then anger betrays other things. So please. If it means to speak to anybody, release it. Even if it’s in tears, whatever.

“I want peace, harmony, my son has just brought. I’m so proud, we are so proud of him, because he has accomplished so much in his life and it was not wasted.

“You’ve got your tears, have your tears. But please, I want you to enjoy. I need you to be embracing and celebrating his life, because I am not unhappy. I’m unhappy that he’s gone, but it wasn’t in vain.

“God gave me that gift, the seed was planted, it was grown. And the whole family, the community helped to grow him. And you lot have helped me to know that it… it was just brilliant.”

Cadet had been on the way to a gig at Keele University.

He pleaded guilty at Stoke-on-Trent Crown Court yesterday, December 3. Birch will be sentenced on 9 January.

One poster on a memorial page, Irfan Mohammed, said at the time of Cadet’s death: “One of the realest (underrated legend) not about the gangs and guns and violence just straight up from the heart lyrics.”

The 28-year-old had been rapping alongside Krept and Konan since he was a teenager. His most recent single Advice, with Deno Driz, was released in October last year and peaked at number 27 in the charts. Musicians, sports stars and DJs also paid tribute to the rapper.

“I proper don’t even know what to type this feels mad weird. I was gonna write a long speech about how I met you and what you’ve done for me but where does man start. Everyone loves you look at what everyone has to say about your heart and character.

This guy ALWAYS, as in literally every single time I see him greets me with a “I love you lil bro”, the last few times we’ve seen each other that’s all we say, we haven’t even caught up, man just sees you and you say you know I love you lil bro and I say bro from early I love you.

This guy has saved my arse when I was dead broke and made it a duty to let me know you’ve got my back, like that’s all you say and remind me. This man exudes love. I can’t even explain how clean hearted you are, look what you mean to everyone.

No one will ever forget you big bro, words can’t do anything justice right now but rest in peace to the absolute REALEST and I can say that with my hand on my heart. Love you bro ”

BBC 1Xtra’s DJ Target posted on Twitter that Cadet was “a talent, and a lovely guy, always smiling, infectious energy.”

Cadet’s two released albums were The Commitment and Glockumentary.