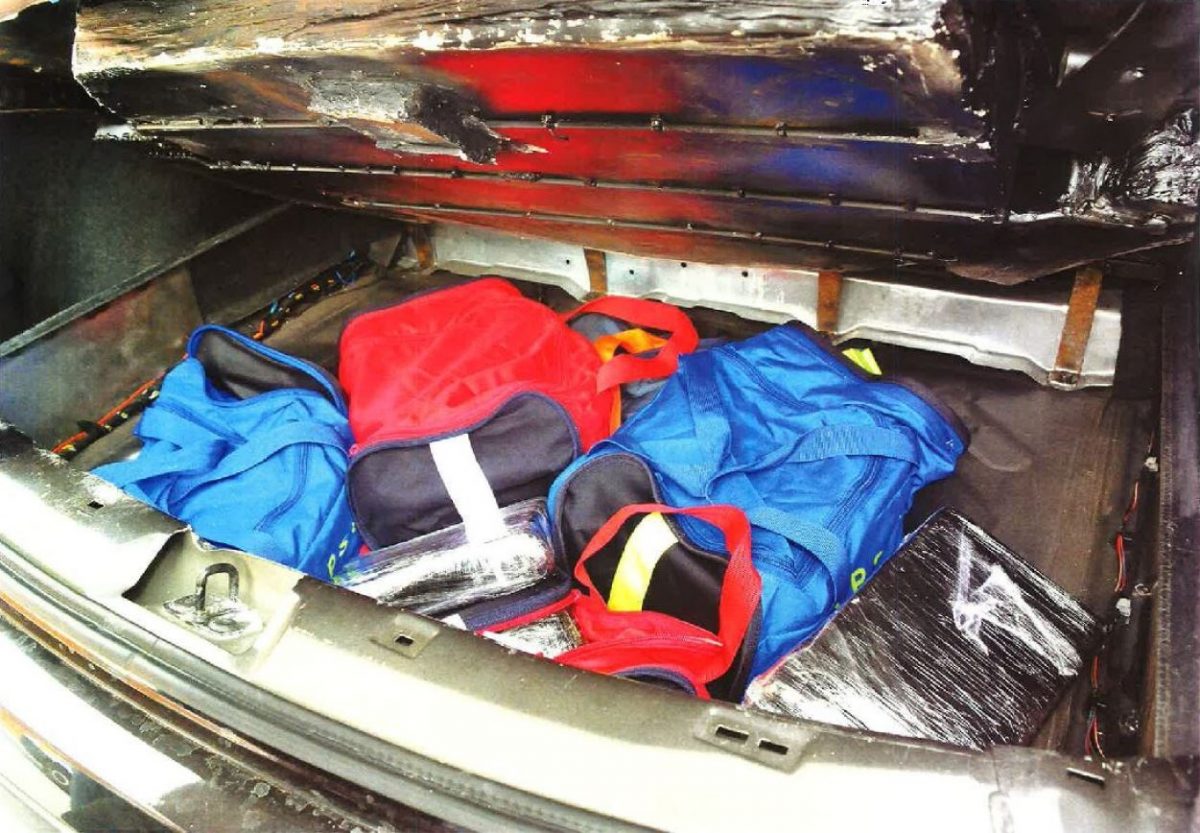 Members of a cocaine smuggling gang have been sentenced to a total of 25 years in prison after a helicopter was used to transport the drug into the UK from France.

The helicopter had hidden trapdoors under the seats to store drugs. A smuggler would fly the drugs into Lydd Airport in Kent from Calais and drop them off at two hotels nearby. The drugs would then be unpacked and transported onwards by car in hidden compartments to be sold across the country. Two men were sentenced this week at Southwark Crown Court to a total of 25 years in prison after admitting charges of conspiring to import cocaine or conspiring to supply cocaine. A third was due to be sentenced later this week as this paper went to press.

Ringleader Frederic Fagnoul, 50, pleaded guilty to conspiracy to importing and supplying drugs. Two other men admitted conspiracy to supply the drugs onward in the UK in a supply chain which is believed to have gone on for at least three months. He was sentenced to 17 years and six months’ imprisonment.

Fagnoul, a Belgian national, rented a helicopter and pilot to bring the cocaine into the country via the hotels at which he was staying.

Surveillance by police showed Fagnoul carrying heavy bags from the helicopter on September 12, 2017 to a room at the Chilston Park Hotel in Maidstone, Kent. After he was seen passing on the drugs to others they were arrested and the helicopter seized.

Dean Francis, 28, from Orpington, was seen by police on September 5 driving to Eastwell Manor Hotel to pick up cocaine from Fagnoul.

His fingerprints were found inside a hidden compartment in the boot of his car. He was due to be sentenced yesterday after admitting conspiracy to supply class-A drugs.

John Bolter, 36, from Tooting, was arrested on September 6 driving the car with 20kg of cocaine hidden inside. He initially pleaded not guilty to conspiracy to supply cocaine but later changed his plea. He was sentenced to seven years and six months’ imprisonment.

William Russell, from the CPS, said: “This was a sophisticated large-scale operation to supply large amounts of cocaine from the continent into the UK. The prosecution were able to prove the conspiracy by using evidence from the investigation including the use of hidden compartments in the helicopter and cars as well as the surveillance material outlining the movements of couriers employed by the gang.”