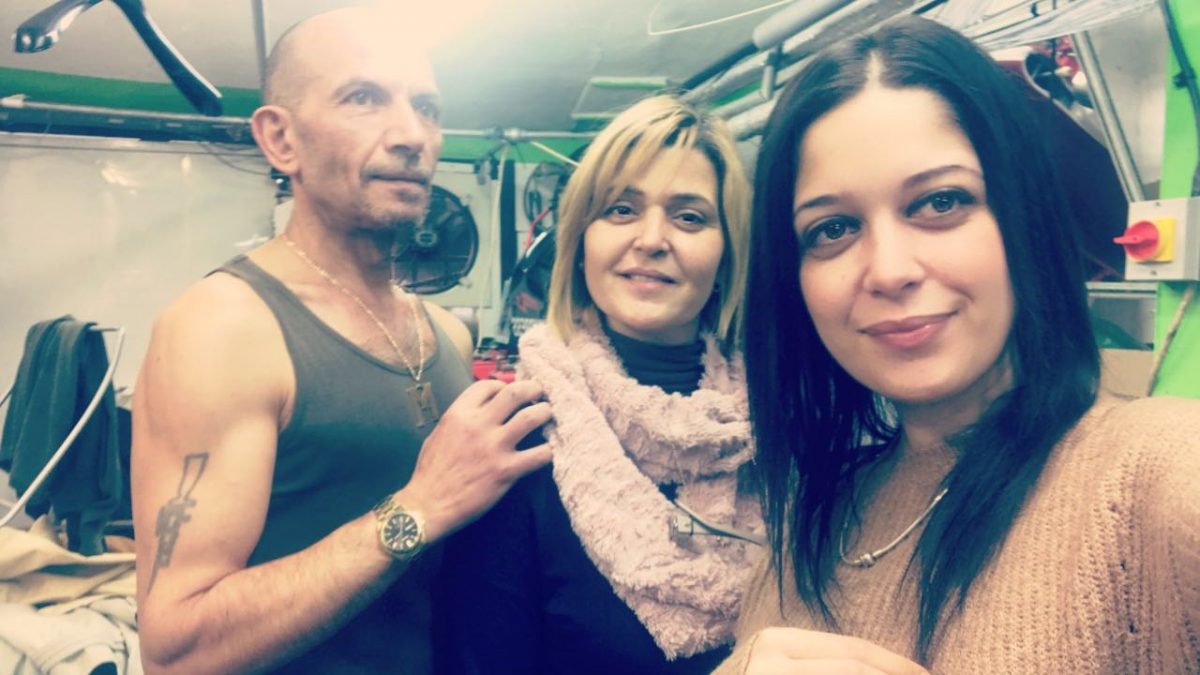 A robber armed with a 2ft-long machete got more than he bargained for when he threatened staff at a dry cleaners.

The hooded and masked culprit demanded Mel Salih, 30, open the till at The Cleaning Touch, in Kirkdale, Sydenham, on Saturday.

He leapt over the counter and tried to open it himself as she fled. But seconds later he was chased off by her uncle, Mehmet Emiralioglu, 53, waving a wooden bar he had been using to iron a jacket in the back of the shop.

The failed robber fled, backing off over the counter again and out of the shop and sprinted away, with Mehmet swinging the bar but narrowly missing.

Mehmet said: “I was ironing clothes when I heard Mel behind me screaming and running from the front of the shop.

“I started to walk to the front of the shop, through the curtains and saw him, putting his machete up, shouting ‘Open the till’. I walked towards him carrying the wooden bar I had been using to iron the jacket. He said ‘Don’t come – just open the till.’

“There was another stick on the floor and I picked it up as he backed off, still saying ‘Open the till’. I carried on walking towards him and tried to hit him as he jumped over the counter but couldn’t get him.

“I am glad he ran off – otherwise I might have ended up in prison. That would have been because of what would have happened to him. And it was not going to be a nice thing.” Mehmet had previous experience of staring down a failed robber. At his former shop in West Norwood, more than 20 years ago, someone came into the store and threatened to kill him if he did not hand over money. “I said ‘If you have the guts, go ahead and do it – don’t just say it.’ He just replied ‘Don’t look at me in the eye.’

“I repeated – ‘If you have got the bottle, do it’. Of course, he shook his head and he’s gone. He did say he would rob me and kill me later as he went out. But he didn’t.

“After that I got a dog to chase people off if necessary. It was basically me and the dog running the shop.”

The shop has been broken into before but just £50 was snatched from the till.

Mehmet’s partner Yesim Salih had previously been targeted in 2009, when a schoolboy snatched a chain from her neck.

She said: “It had been a present from my late father, so it was very valuable to me.

“The whole incident last Saturday was like something out of a horror movie. Thankfully, no one was hurt.

“Luckily, this bloke scarpered. We were all in shock afterwards, especially us girls. But men being men, they were different. It is the most serious incident we have had.

“Hopefully, no one will try it again.”

A spokeswoman for Scotland Yard said: “We were called at 11.24am on Saturday to an attempted armed robbery. There have been no arrests. Inquiries continue.”