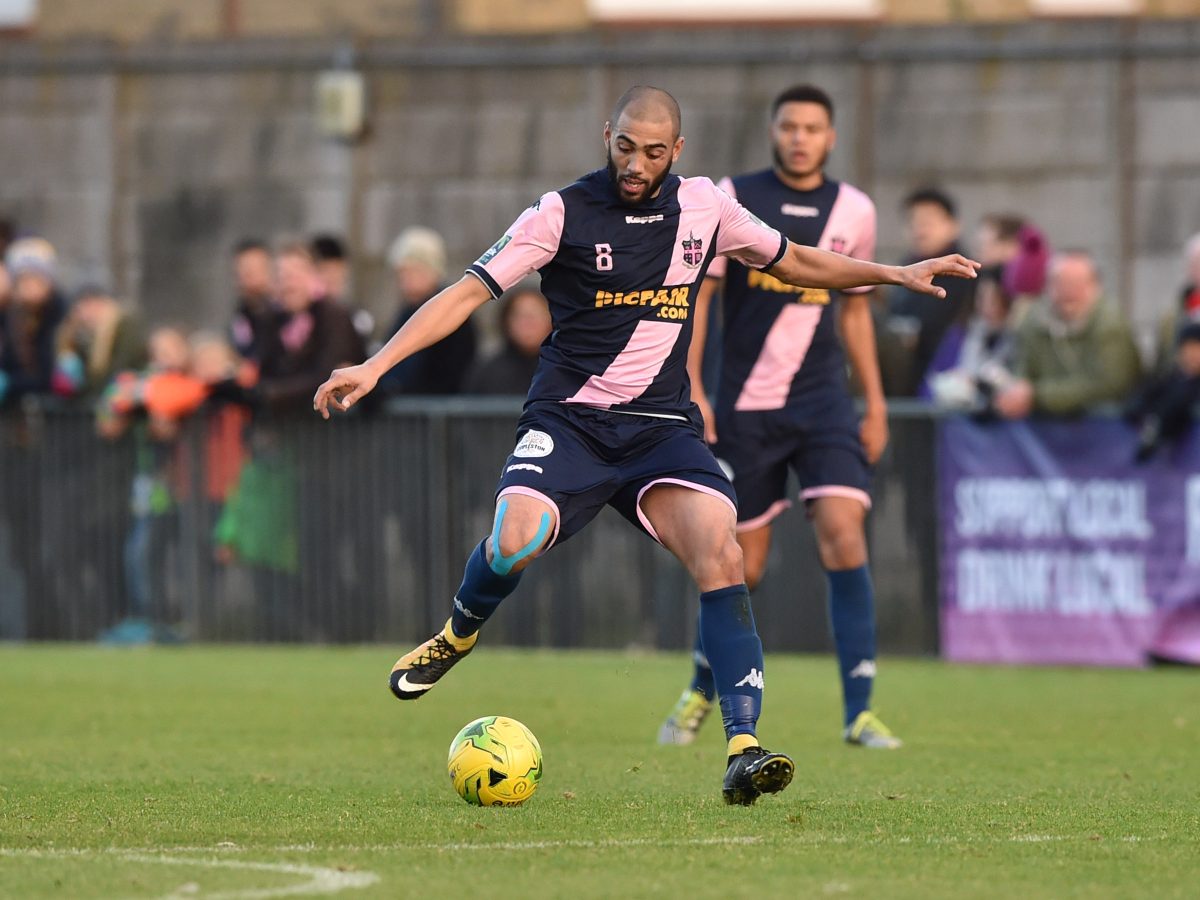 Will it be any different this year for perennial play-off chokers Dulwich Hamlet?

In many respects it is an achievement to be functioning at all in a season which has seen Hamlet evicted from their Champion Hill home but last night the Isthmian Premier runners-up made heavy weather of beating a Leiston side who finished 16 points and 21 goals below them in the league.

The visitors stolidly refused to let Gavin Rose’s side get into their devastating passing rhythm at Tooting and Mitcham United’s KNK Stadium and went toe to toe with their hosts until the game was decided by a contentious refereeing call in the 71st minute.

Dulwich wing-back Nyren Clunis was twisting and turning in characteristic fashion to the left of the D when he appeared to make a meal of Leiston right-back Kyle Hammond’s attempt to retrieve the ball from behind his man and Ashley Carew did the rest, bending a perfect free-kick around a diving Marcus Garnham and into the bottom right-hand corner of the visitors’ goal.

“The referee was awful all night,” said Leiston manager Glenn Driver afterwards, “that decision summed up his evening, really, and it’s cost us a play-off final place.”

Dulwich boss Gavin Rose offered sympathy, stating: “I’d say it could’ve been given or maybe it wouldn’t have been given, it’s one of them,” before turning his thoughts to Monday’s final against Hendon at the same venue.

It is a stage at which Dulwich have failed in four of the five failed play-off campaigns they have endured in the last seven seasons and a game that has never been won in the storied club’s history.

“The important thing is never to really look back too much,” said Rose, “we’re here now and we’ve got a game on Monday and its outcome is in our hands. We mustn’t worry about what’s happened years ago, that doesn’t really matter now. What matters is what’s going to happen on Monday.

“We’re going to try and do as much as we can about focusing on the mentality and the minds of the players when it comes to the game, thinking positively, because at times we haven’t turned up in finals and that’s a mental thing.”

Until Carew’s decisive strike, Thursday’s game had been defined by two stunning first-half saves, one at each end of the field.

Seven minutes in, as Dulwich enjoyed their only extended period of dominance, midfielder Carew had whipped in a free-kick from the right which was met powerfully by Marc Weatherstone in the six-yard box only for Garnham to pull off a remarkable, instinctive point-blank stop.

Dulwich keeper Amadou Tangara somehow managed to top even that, thrusting out his left glove in the 36th minute to brilliantly deny Byron Lawrence, who had wriggled into a pocket of space in the home area and been picked out by Jake Reed. Hamlet were thankful to Carew on that occasion too, the Dulwich man hurling his body in the way of Lawrence’s rebound to complete the clearance.

“If we turn up and perform the way we know we can, we’ll give ourselves a really good opportunity,” said Rose, of the game on which Dulwich’s momentous season hinges.

The Hamlet fans who made up the majority of a raucous 1,285 crowd on Thursday, creating a wall of noise and colour behind the Leiston goal for 90 minutes, will hope their time has finally come.