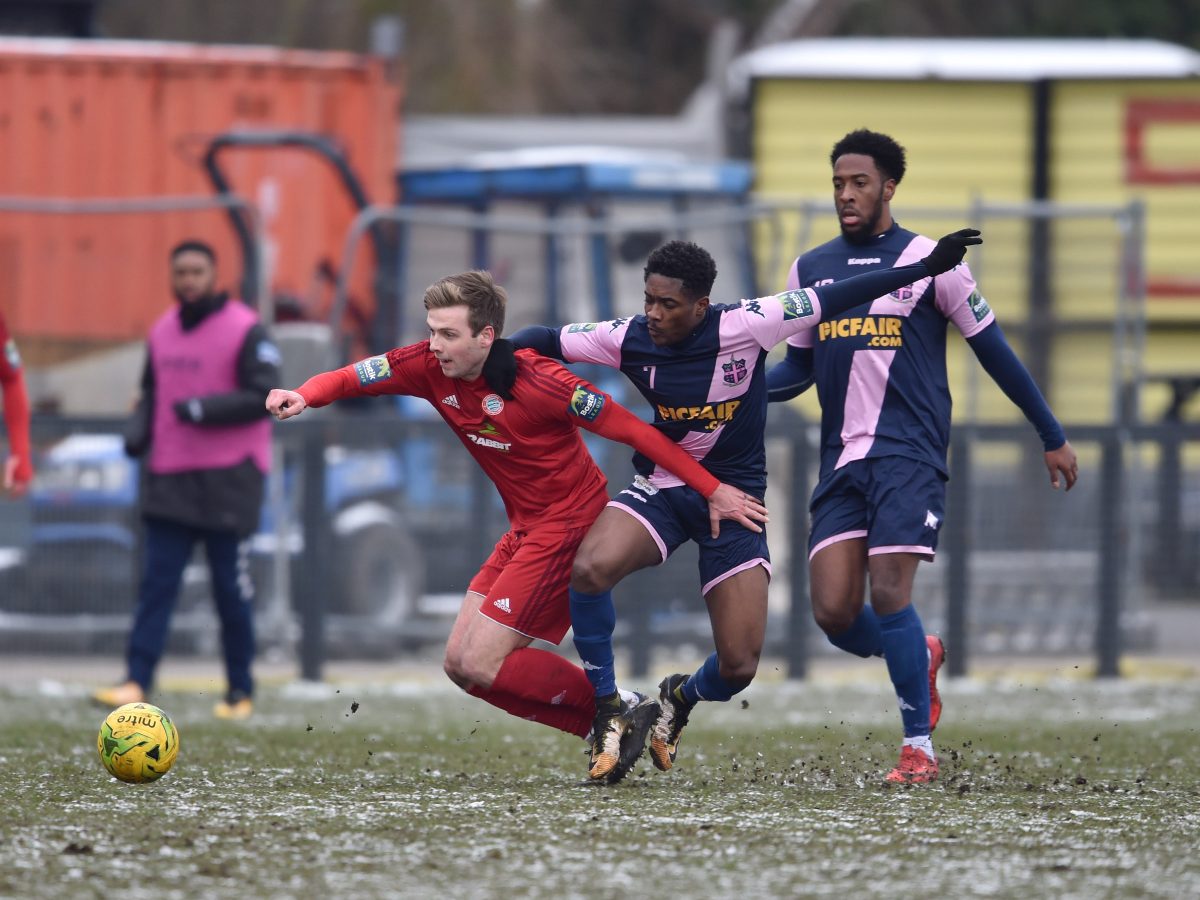 Nyren Clunis scored his 100th goal for Dulwich Hamlet as they won 3-1 at Lowestoft Town on Tuesday – and he could be set to achieve another milestone before the season is over.

The 26-year-old, who came through the youth ranks at the Bostik League Premier Division leaders to make his debut in 2010, is on 390 first-team matches.

Dulwich still have nine matches to go, with the prospect of the play-offs if they do miss out on top spot.

“It is a great feeling to have 100 goals – I never thought when I first started that I would reach that,” said Clunis, who had a trial with Charlton as a teenager. “I started off as a right-back, then moved up to a right midfielder or winger. In the last year-and-a-half I’ve been in and out of playing centre-forward.”

Clunis was part of the Dulwich side which won promotion in April 2013.

“That would probably be my highlight so far – we did it at home and went up automatically,” he said. “One hundred goals is a wonderful achievement. I just wish it could have been at home.”

Dulwich are five points clear of Billericay but have played six matches more.

“We just need to keep winning our games and keep the pressure on them,” said Clunis. “We need to hope that other teams in the league do us a favour by drawing or beating them.”

Dulwich boss Gavin Rose said: “I’ve done probably around 500 games and Nyren is the player I have picked the most. He has been so consistent every season and has averaged 10 to 20 goals each time.

“I would say he has been very unfortunate over the years to have watched so many move on to a higher level and not be taken himself.”

Nathan Ferguson and a Ross Marshall own goal completed the scoring for Hamlet at Crown Meadow. They are at Needham Market tomorrow.

Tooting & Mitcham get another bite at boosting their Premier Division survival hopes as they go to Worthing tomorrow.

The Terrors want to put daylight between themselves and bottom club Burgess Hill Town, who can climb out of the one relegation spot if they win their three fixtures in hand.

Tooting boss Frank Wilson said: “A few teams have been down there because they are inconsistent this season and we are one of them. I’m not proud of that.”