Allassani has struggled for game time at the Sky Blues and finished the end of the last campaign at Woking, bagging five goals in 14 appearances as they won the National League South play-offs. 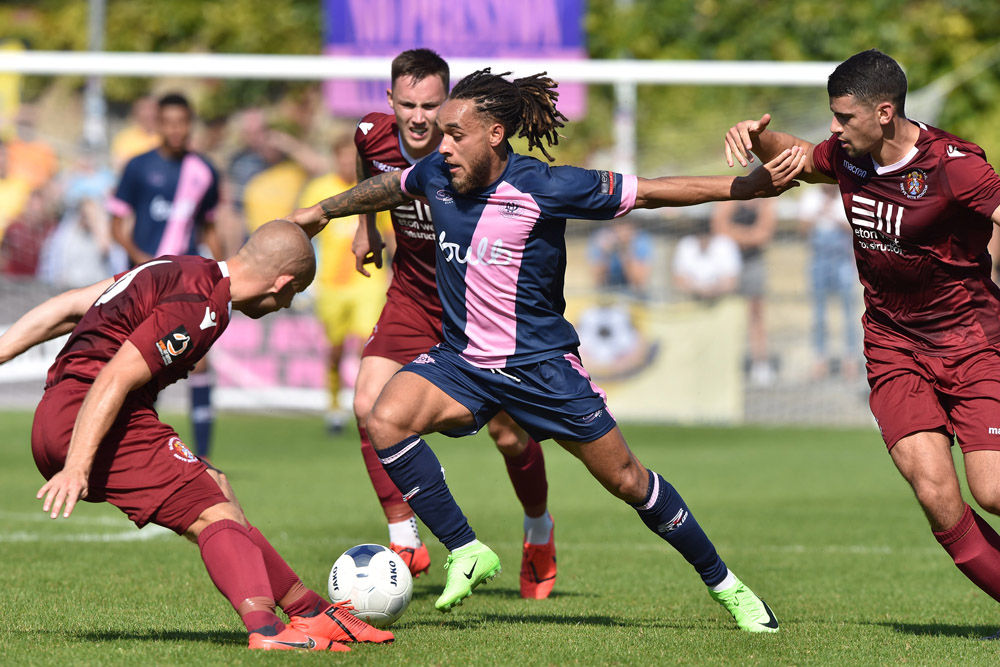 Rose admits that the former England U17 international had been keen to come back to Dulwich for a period of time.

“We stayed in touch for the duration of his time at Coventry,” said the Hamlet manager. “Last season he wanted to come back when they told him he could go on loan, but I didn’t think our team at the time would give him an opportunity to do well. 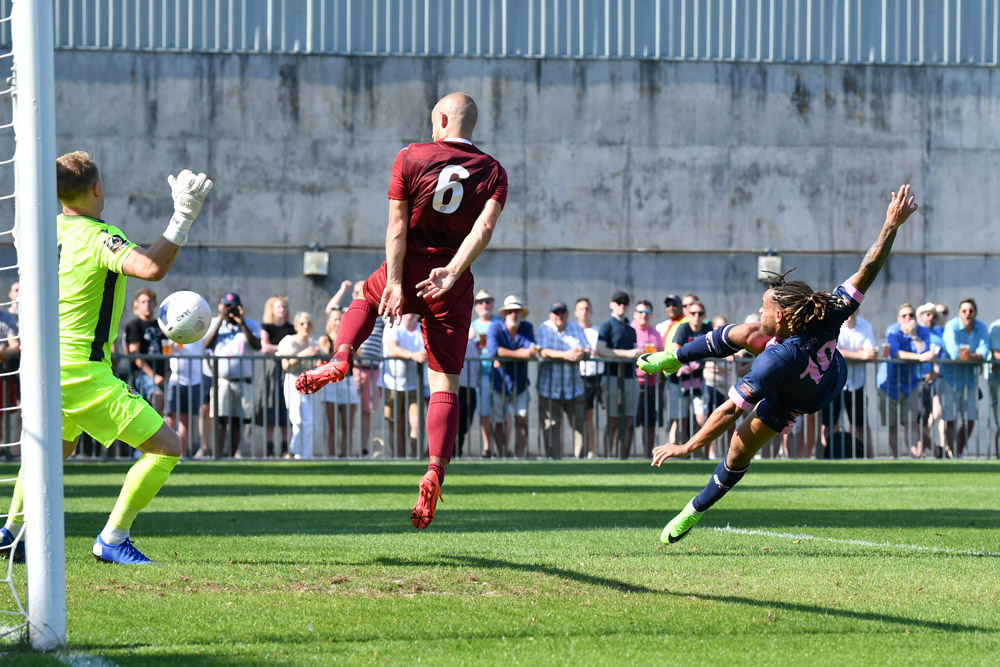 “He ended up going to Woking and helped them get promotion.

“This time around Reise was looking to go to an EFL club or a side in the Conference but found he had no takers, because it is quite early in the season and managers are giving their players a chance to do well.

“He is a known quantity for us. I didn’t have to think about it.”

Allassani is due to be with Dulwich until the start of January. 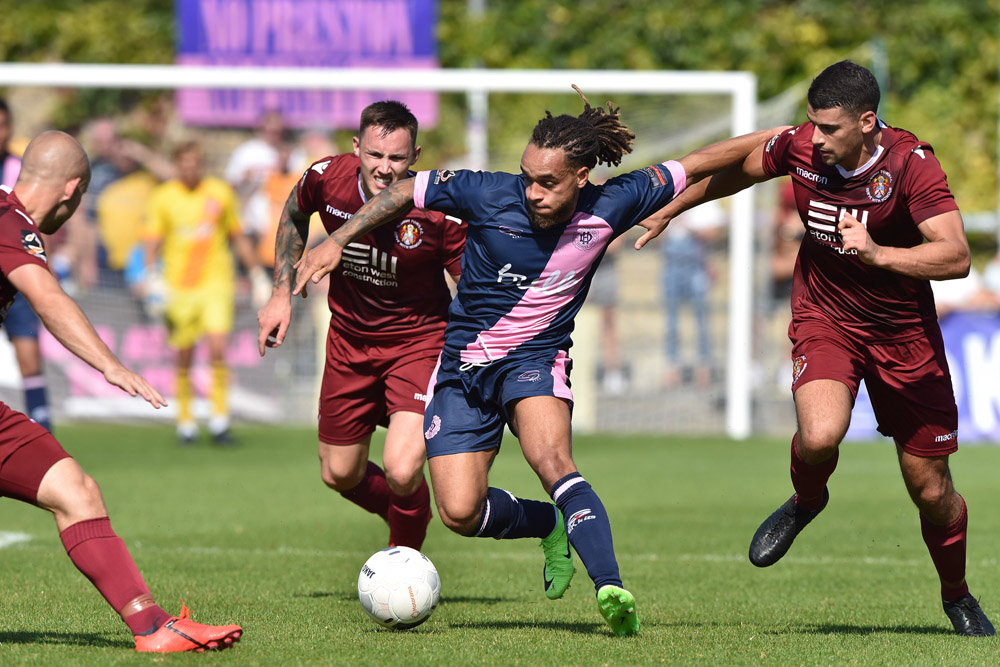 “We wanted to give him the chance to put himself in the shop window,” said Rose. “So this could be good for him and maybe for Coventry as well.

“We’ll revisit things closer to January. What it does do is give us a proven goalscorer in our ranks and that will help as we still bed down as a group. 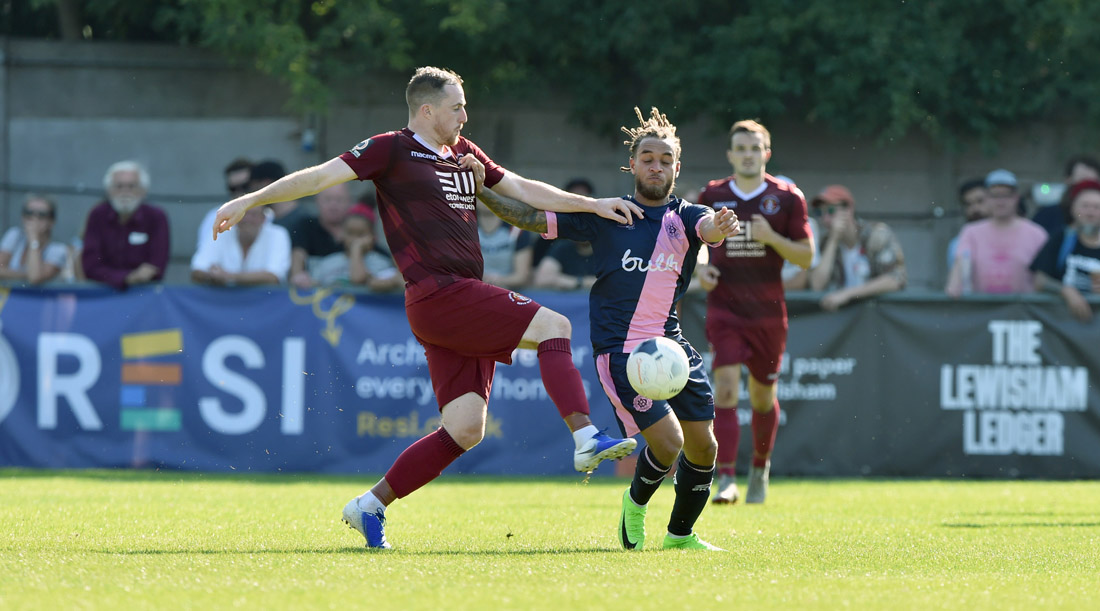 “It is good to have players coming in that are good enough to score goals at this level.”

Allassani’s brace was not enough to prevent Dulwich from losing 3-2 at home to Slough on Monday.
A crowd of 2,086 were in attendance as fourth-placed Hamlet lost their second National League South fixture.

“Reise was scheduled to play 60 minutes because he had a pulled quad in pre-season and is only just getting himself back fit,” said Rose. “He isn’t really fit but unfortunately because we were chasing the game we kept him on.

“We’re hoping there is no reaction, because he has not done the 90 minutes for a while.

“It sums up our performance on the day – we were never really in control of the game. Slough scored early and that gave them a little bit of a boost following their result earlier in the weekend.

“I felt they were more aggressive in their play, passed the ball better than us and deserved the win.”
Rose says he has turned down the chance of taking youngsters on loan from Premier League clubs.

He said: “They are players who would walk into our team but I have signed players to give them an opportunity to do well – they are more than capable of doing well at this level and some can kick on to play higher.

“Our ambition is to get in the play-offs as a minimum this season.

“If I feel the group I have got are not pushing in that direction then I will start looking at those loans.”

Dulwich are at Dorking Wanderers tomorrow.