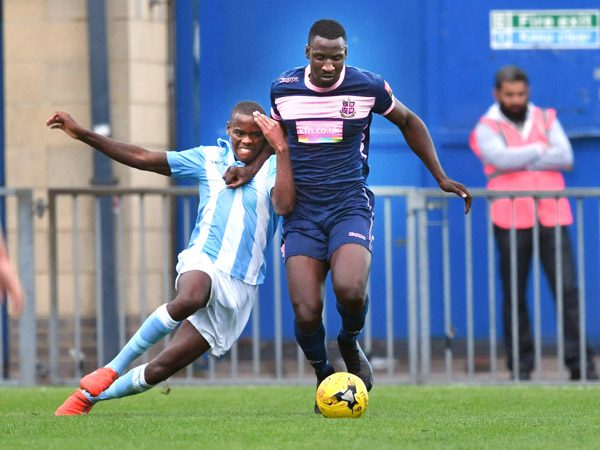 The Champion Hill outfit have lost their last three matches and Billericay moved above them to the top of the table after a 4-0 win over Worthing on Tuesday – and still have six matches in hand.

“Our league season – in terms of winning the league – is virtually out of our hands and in Billericay’s hands,” said Rose. “Our main focus is to try and get in the play-offs.

“At the start of the season we put in a decent effort to try and keep the race going, up until our last three losses.

“I wouldn’t say there is concern at our recent form, only disappointment. In the losses we have had I wouldn’t say any team has really deserved to beat us. We’ve had the better chances which we should have converted. We’ve really only got ourselves to blame.

“We had 10 men against Wingate & Finchley and still should have won but lost concentration in the closing stages. It was the same with Margate and Merstham. We had those games in our control to win.”

Ibrahim Kargbo serves a three-match ban for his dismissal for a late challenge on Wingate’s Claudio Vilcu.

Anthony Acheampong’s loan at Welling United has been extended by another month.

“He has missed a lot of games through injury and since coming back the lads have been playing well – it’s a great chance to get more minutes,” said Rose.

Dulwich are at home to Met Police tomorrow.