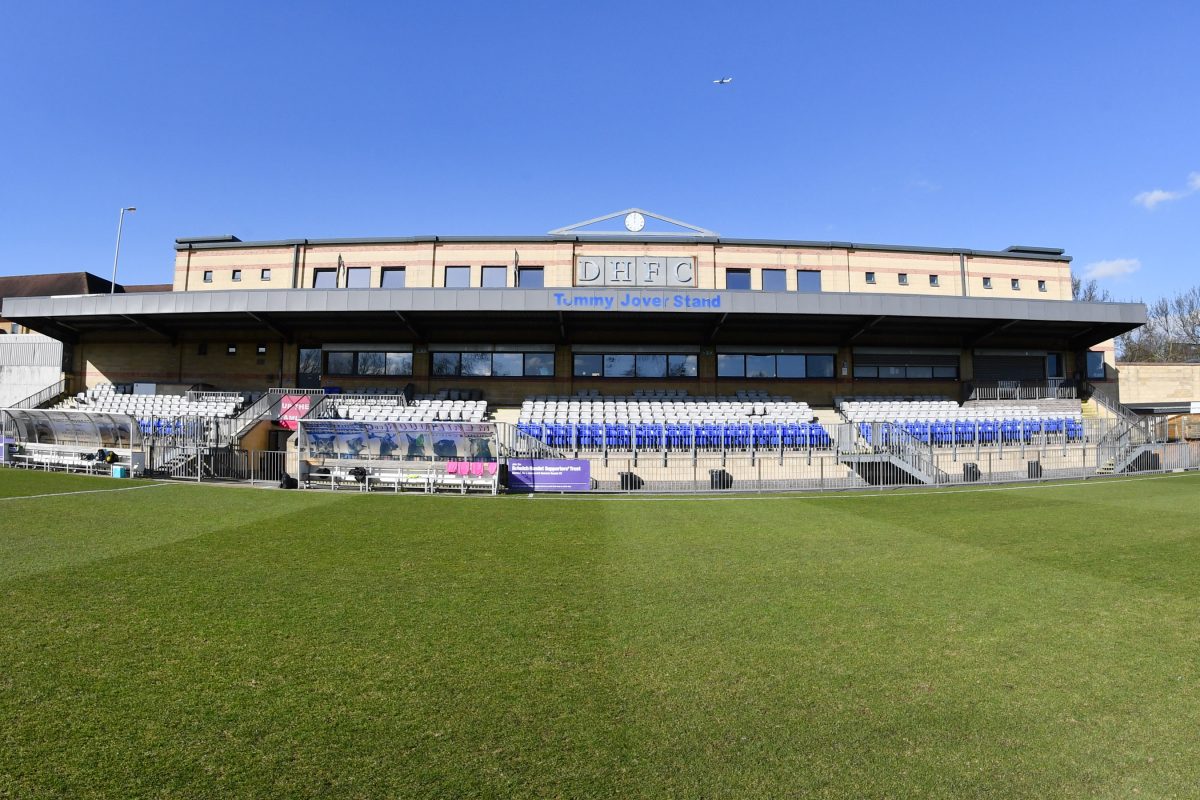 Dulwich have been forced away from their Champion Hill home after ground owners Meadow Residential terminated their license last week.

And it means that tonight’s Velocity Trophy semi-final against Met Police will take place at Tooting’s Imperial Fields tonight (7.45pm).

Hickey said: “It is Imperial Fields for us until Meadow see some sense and sell the site on or back down.

“Their statement last week does not open any new doors whatsoever. Our supporters’ trust issued a statement last week which called on Meadow to realise they have no chance any more of pushing their plans through and to release the ground to someone who has got a chance to do it.

“Our choice of groundshare was entirely location driven. Our first port of call was to look at Fisher, but various planning permissions prevent us playing there – because of the number of events that could have a crowd of more than 250 people.
“Crystal Palace National Sports Centre is in too decrepit a state to be a viable option.

“Tooting is best with the transport links from where we believe we capture our fanbase. That was the over-riding consideration.”

Dulwich are one of the best supported sides in non-league with home gates regularly around the 2,000 mark. Their switch of base is a distance of eight miles.

“That was charged back to us by Meadow. We were also charged for cleaning and utilities. That deducted something like 25 per cent of what we took on a match day.

“We have some wriggle room in terms of what we are doing now.

“Whether this move hurts our crowds in the short or long term, only time will tell.”

Dulwich drew 2-2 with Brightlingsea Regent on Saturday. Ciao Guimares put the South Londoners in front on 27 minutes at the Taydal Stadium but Jake Turner levelled before the break.

Dipo Akinyemi netted in the 52nd minute to restore Hamlet’s lead but Aaron Condon ensured the points would be shared as he struck eight minutes from the end of normal time.

Folkestone Invicta’s 3-0 victory at Harrow Borough saw them move to the top of the table. Dulwich are a point behind in second spot but have two games in hand on the Kent outfit.

Tooting are 23rd in the standings following a 2-1 home reverse to Dorking Wanderers.

Omar Folkes gave the Terrors the perfect start with a first-minute goal but James McShane produced a quick-fire double just before the interval.

Only one team goes down this season and Tooting are six points ahead of Burgess Hill Town but have played three fixtures more.

Frank Wilson’s side are at mid-table Thurrock tonight (7.45pm).

Daniel Hector bagged a brace with Lauris Chin also on target for Croydon in a 3-0 victory over Lordswood in the Premier Division.