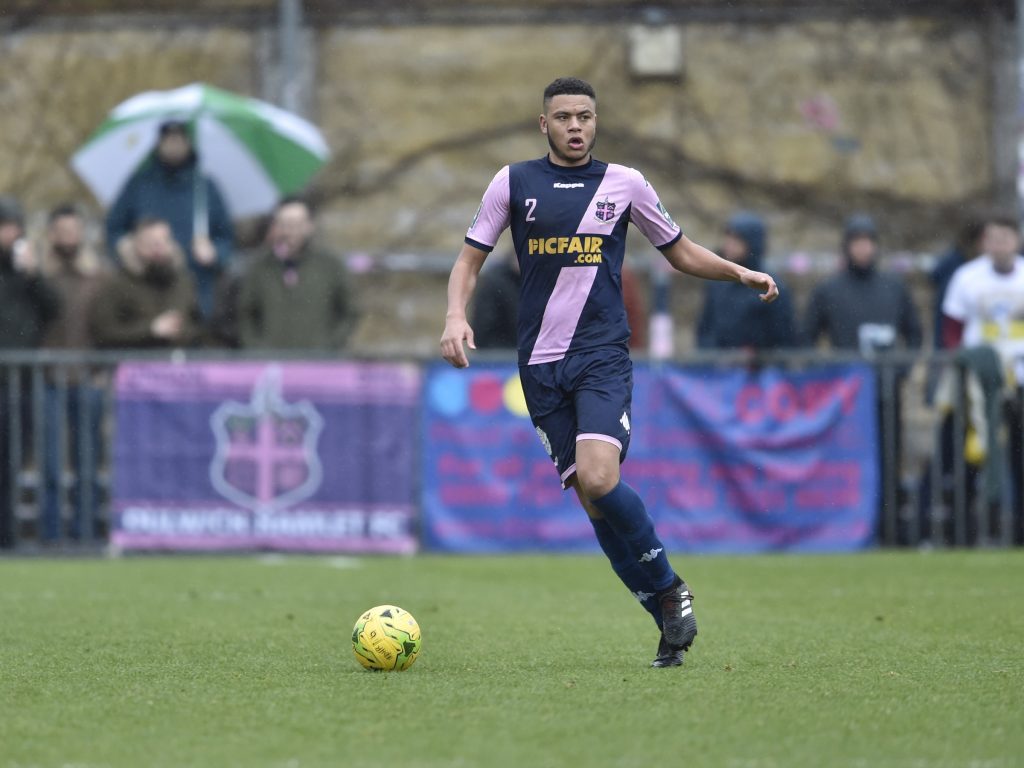 Tonight’s London Senior Cup quarter-final against Harrow Borough has been re-arranged for February 20 due to the South London club’s stadium operator being unavailable.

Hamlet head to Lowestoft Town on Saturday and then follow up with a Velocity Trophy last-eight tie at Brentwood Town next week.

“Quade felt his hamstring was going to pull,” said Rose after the Met Police match. “So we took him off as a precaution. It was the first half so he would have done a lot more sprinting [had he stayed on], it was probably the right thing to do.

“Marc’s landed on his foot [awkwardly], I’m not sure if he’s twisted his ankle or not. He’ll have a few days for the swelling to come down and we’ll know how bad it is.”