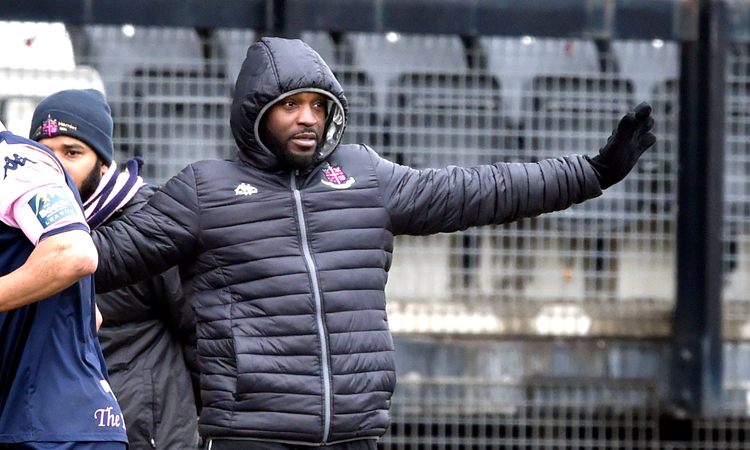 Dulwich Hamlet could look at ways of easing the travel burden for their fans as they look to maximise gates for the final four matches of the Bostik League Premier Division season.

The South Londoners, leading the way at the top of the table and hoping Billericay do not make their matches in hand count, have made today’s fixture Fans United.

It means season ticket holders and supporters’club and trust members get in for £5.

Dulwich are groundsharing with Tooting & Mitcham after being forced out of their Champion Hill home.

Their first league match at the KNK Stadium attracted a crowd of 840. They have hit the 1,800 figure in matches before that at their usual stadium.

Rose said: “People have their routines if they are going to Dulwich, maybe a lot of families might not want to travel to Tooting. Officials at the club are looking at getting transport from Dulwich to Tooting to alleviate that obstacle that some have found with the move.

“It has been a good move for us, it has given us the opportunity to stay alive and keep playing. Everyone will adjust to it as the weeks and days go by.”

It looks a straight fight between Dulwich and Billericay Town, who still have three games in hand, for the title.

“We have got to try and keep it going down to the wire as much as we possibly can,” said Rose.

Striker Muhammadu Faal has been allowed to join Kingstonian on loan for the rest of the season.

Tooting & Mitcham look to end a five-game losing streak when they go to Needham Market tomorrow. They remain deep in relegation danger after a 3-0 loss at Worthing last weekend.