The on-loan striker started on the bench following a nasty bout of food poisoning which had laid him low for four days and kept him away from training until Thursday.

But he made light of being a bit below par to snatch a superb 85th minute clincher, after Hamlet appeared to have thrown it all away by letting a 2-0 lead slip.

His strike had Champion Hill bouncing with delight, mindful of just how important the three points could be in the club’s bid to stay in National League South.

It was his first goal in his fourth appearance since making an emotional return to the club he played for five years ago – and it could not have been timed any better. 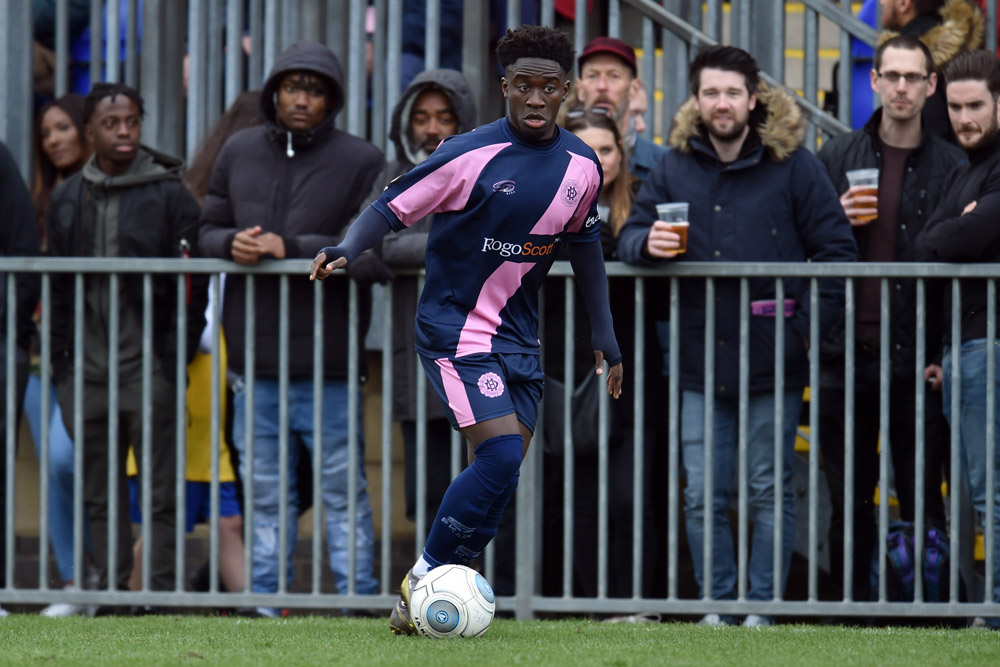 “It was a brilliant feeling coming on and getting the winner, especially under the circumstances,” Wanadio told the South London Press.

“It would have been disappointing to drop two points from a winning position and it makes all the difference, because it’s given us a cushion above the relegation zone.

“I like to shoot a lot from outside the box, and it’s always on my mind. The ball was in the air and I brought it down before somehow wriggling between two or three defenders. I don’t really know how I did it. Then I shot into the bottom left hand corner and the stadium went mad.

“It was a massive win for everybody. If we had lost, we would have been just five points above the bottom three, now it’s seven. We only need one more win to get to the 40 points which usually means safety. I think one or two more wins and we’ll be okay.”

Wanadio said it was understandable that he started on the sidelines against fellow-strugglers Truro, given his illness this week and also his display in last week’s 1-0 defeat at St Albans.

“I didn’t play so well and gave away a penalty, so couldn’t really complain about being on the bench,” he said. “But hopefully the boss will consider putting me back in the team at Oxford City on Saturday after my goal. Maybe I get another important one for us.

“I’m here because I thought it would be good to have more opportunities to play as I wasn’t starting games regularly at Aldershot Town.

“It’s the same management team here as when I was playing at Dulwich as a 21-year-old, so there’s been no culture shock. It’s brilliant to be back.”

Wanadio is “from here” in just about every sense, as he grew up in Mitcham and lives in Streatham, so he has not needed to make too many adjustments.

It begs the question about whether he is likely to stay on at Dulwich once the loan expires at the end of the season. But the 26-year-old will not give it too much thought just yet.

“Next season, I’m open to anything, but there’s no point in thinking about it at the moment,” he said.

“I just want to concentrate on helping Dulwich stay in the league.

“Obviously I’m enjoying it here, though. I already knew a lot of the boys here and even the supporters who come to games, and the set up is good, with the intensity high in training. It’s a good place to play.

“I was maybe a bit young and naive when I left for Staines Town a few years ago, but that season took off for me and I wanted to explore other options. It did help me push on.”

His journey so far has taken him to Bromley, Dartford and Welling, as well as Aldershot in the National League, where he failed to find the net in 27 appearances this season, so the goal is an added relief. But he does not want to be measured by goals alone, in any case.

Wanadio has played out wide, on the right and left, and behind the striker, and says he is happy to fulfil the role of provider as well as goalscorer.

“I think of myself as a creative player and I’m happy with assists as well as goals,” he said. “I don’t mind where I play. But it’s always great to score important goals, like the one on Saturday.”

The only trouble now, though, is that boss Gavin Rose might just see him as an ideal impact sub rather than starter. Saturday’s team selection should make interesting reading.