Bromley will face Hartlepool United on Sunday in the National League play-offs.

If the Ravens progress then they take on Torquay United in a semi-final.

It ensured Bromley ended the regulation campaign in seventh.

First-team coach Alan Dunne said: “It was a memorable afternoon, it made history for the club. It was a bit nervy early on for the fans. But it was a great performance and we dominated the second half, we earned the result in the end.

“We’re proud of the boys, they have put a lot of hard work in. The amount of detail and meetings we’ve had in the last three months has paid dividends.” 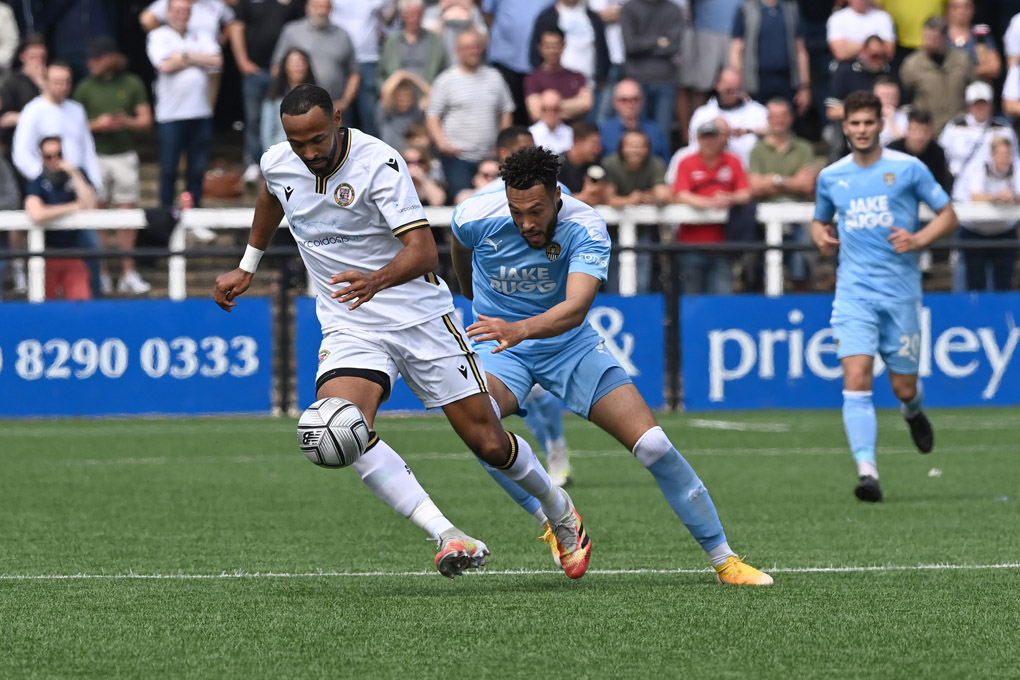 Former Charlton defender Roger Johnson, also part of Andy Woodman’s coaching staff at Hayes Lane, said: “The record we have had is eight wins, four draws and one defeat. What an achievement that is and we deserve that.

“But we’re fully focused on the Hartlepool game. We will be back in and we’ll get straight back on the pitch again ready for ‘Mission Hartlepool’.”

Bromley are undefeated in their last six matches.

The Ravens parted company with Neil Smith in late March with Woodman leaving his role as head of goalkeeping at Arsenal to take on the job.

Bromley finished a point above Wrexham, who could only draw 1-1 at Dagenham & Redbridge