It might be early days in the new Championship season, but it’s already beginning to feel like it could be the same old story for Millwall this year.

The Lions played out the most draws in the league last season – and they’ve already racked up two from two this term.

On reflection, Saturday’s performance was one which warranted more than a point.

But Gary Rowett’s side appear to have picked up from where they left off in May when it comes to their inability to kill games off.
The visitors were there for the taking all afternoon.

Blackburn barely laid a glove on Millwall throughout, and the Lancashire outfit were on the ropes before Jed Wallace’s well-worked opener – which came after a sustained spell of pressure early in the second half. But the Lions inexplicably allowed the visitors to climb back up off the canvas and strike back after failing to kill the game off. 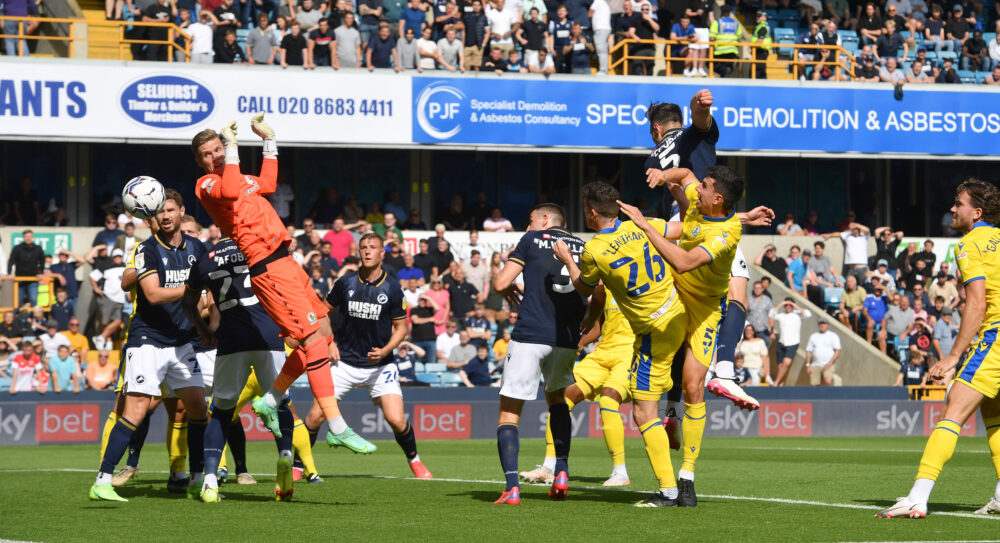 They perhaps should have even been out of sight before Wallace struck, with Jake Cooper spurning a couple of golden chances from set pieces.

Danny McNamara also went close, but Millwall failed to translate their domination on the ball into many fluent chances.

There were times last year when Millwall lined up in a 5-2-3 and were steamrolled in midfield, hence the slight tweak to the 5-3-2 shape which Rowett has settled on. But the Lions’ midfield trio on Saturday were pretty ineffective in terms of progressing play.

Having three central defenders with two midfielders sitting on top of them tends to limit the options to advance the play through the heart of the pitch – something you have to do if you’re going to deploy a three-man midfield.

It’s not all doom and gloom though.

After netting for the second weekend in a row, Wallace is up and firing again. The Lions talisman seemed to drift in and out of the game, but still always looked likely to be the difference between the two sides. 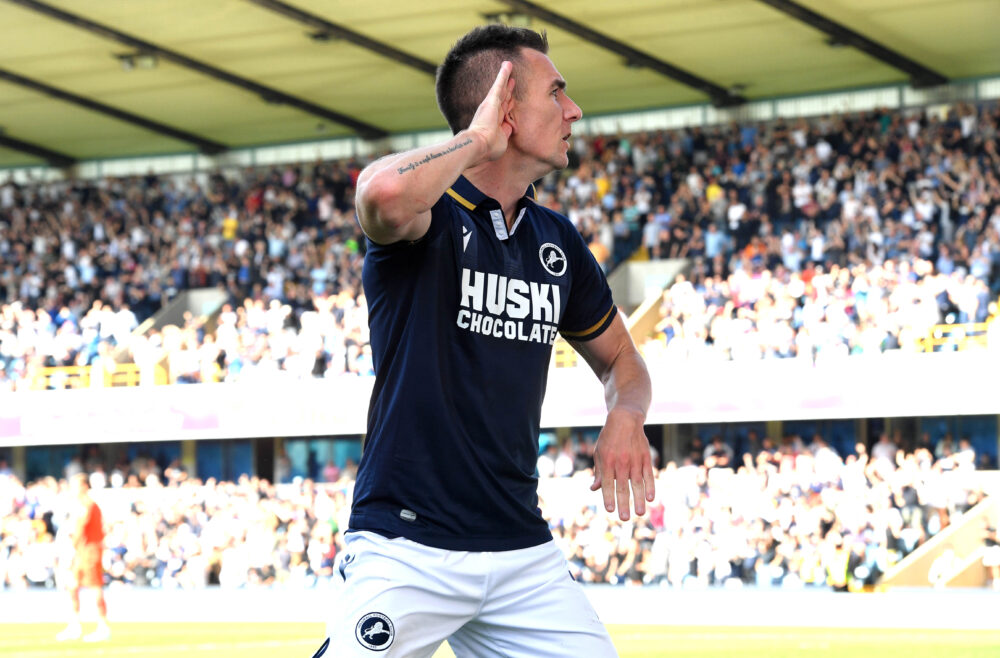 As always, Millwall’s success is likely to depend on how many other players can thrive alongside Wallace rather than the attacker’s form – it’s pretty much now given that he’s going to be leading the way for the Lions in terms of attacking returns.

Rowett himself said that players such as Benik Afobe and George Saville, two key summer signings who were brought to the Den to supplement Wallace in the scoring charts, will improve as the games tick by. Both are playing catch-up after a disjointed summer.

Saville has already netted once since his return to SE16 despite not being fully fit, but has already shown glimpses of his knack for drifting into advanced positions.

Afobe already looks a cut above last season’s loan additions to the Lions strikeforce, but it feels like an early goal would do him the world of good after a tough couple of years. The early signs for the on-loan Stoke man are encouraging though and he was withdrawn to a standing ovation after tiring late in the day. 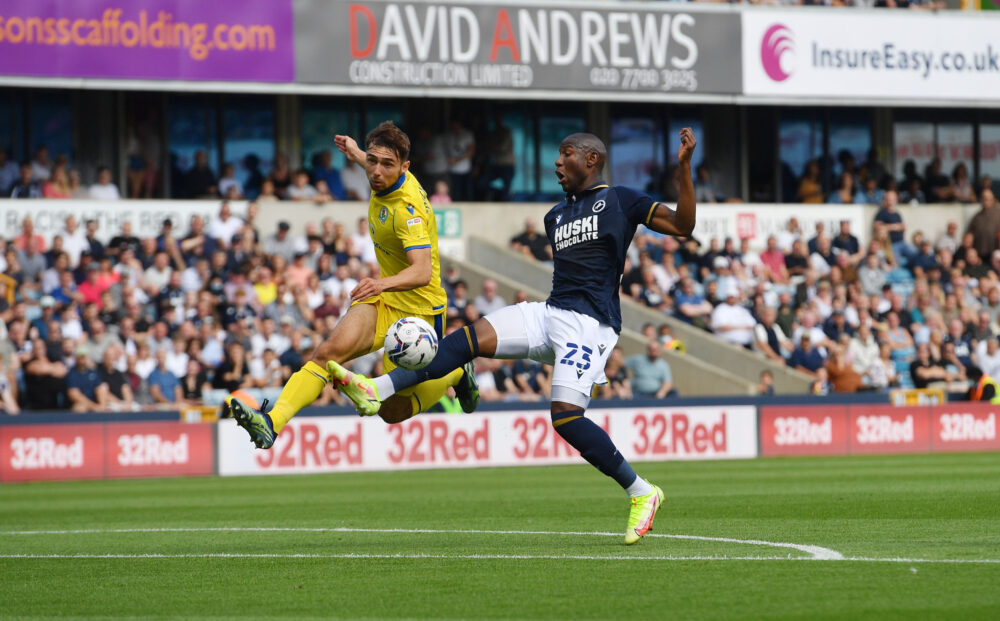 Millwall’s inability to hold on to a lead for the second weekend in a row will be a concern though.

Ben Brereton Diaz nudged ahead of his marker to glance the equaliser home beyond Bart Bialkowski – who didn’t make a save all afternoon.

Dan Ballard and Murray Wallace impressed alongside Cooper, but Rowett will be hoping that Shaun Hutchinson’s quad issue isn’t a long-term problen. Whilst others may offer more than Millwall’s Mr.Dependable on the ball at times, the Lions don’t look as secure when he’s absent.
The hosts huffed and puffed but didn’t really threaten to find a winner, with substitutes being introduced too late to turn the tide.

Fulham are the next visitors to SE16, and the Lions will be wary of getting a result on the board to avoid another traditional slow start to the season. 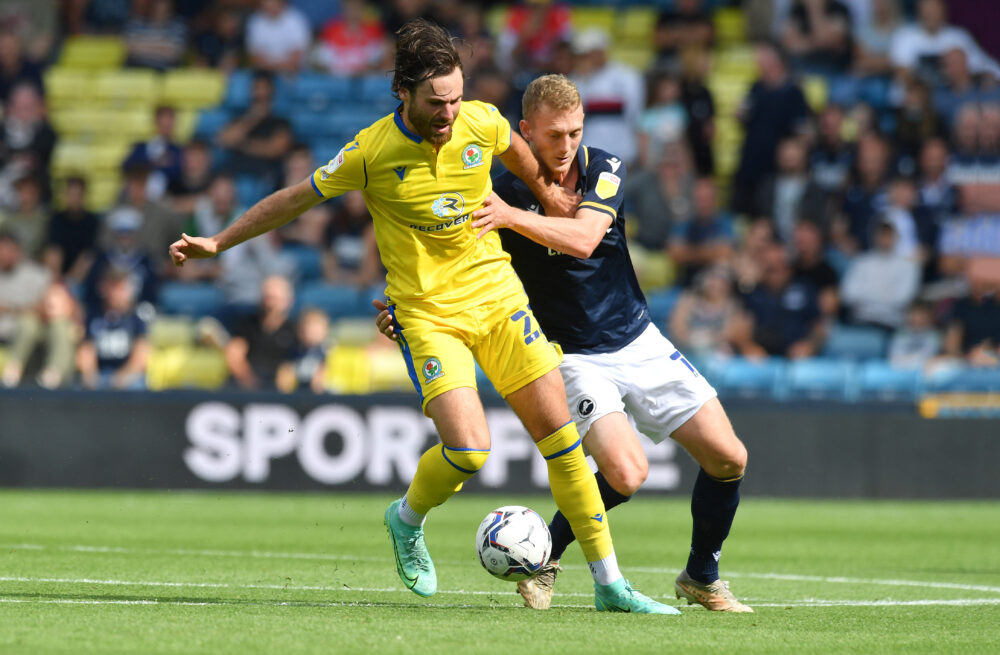 STAR MAN
Dan Ballard. The on-loan Arsenal man adds an extra dimension to the Lions play at the back and was solid defensively too.

BEST MOMENT
The move leading to Jed Wallace’s goal was top quality – only matched by the thunderous reaction from the Den crowd.