Dillian Whyte is set to face WBC world champion Tyson Fury in the opening months of 2022 – and the Brixton heavyweight’s promoter has described it as a “huge” clash.

Fury retained his belt with an thrilling 11th-round stoppage of American Deontay Wilder in Las Vegas on Saturday night.

And the WBC had already ordered that the winner of that bout had to make a mandatory defence next against Whyte, who holds the interim world title, unless a unification with Oleksandr Usyk could be secured next.

But that is impossible with Matchroom Boxing chief Eddie Hearn confirming over the weekend that Anthony Joshua had formally triggered his rematch option against the Ukrainian.

Provided Whyte beats Sweden’s Otto Wallin at Greenwich’s 02 Arena on October 30 then Fury should be next up. 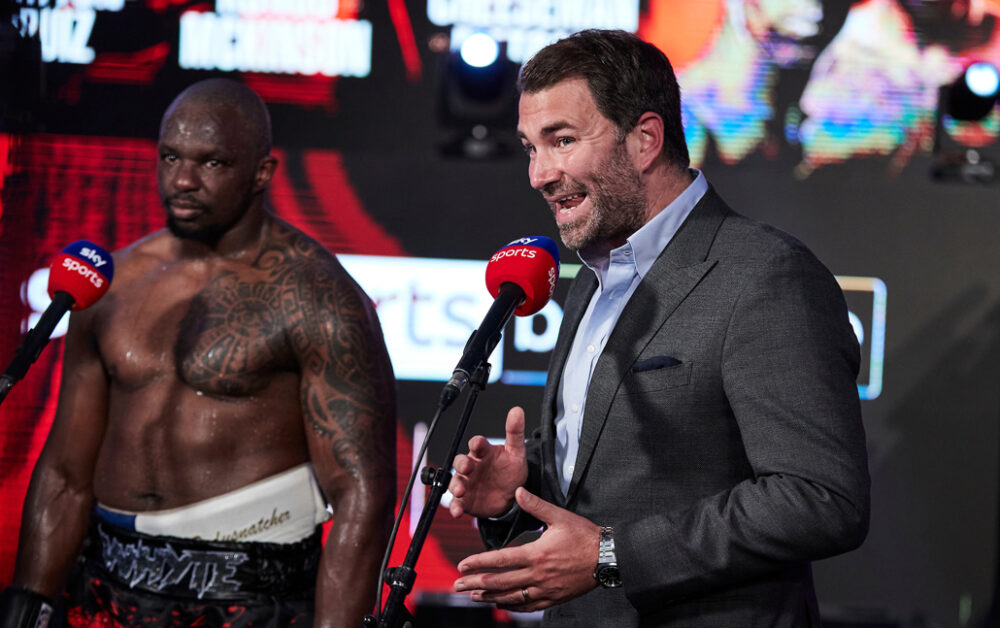 Hearn, who has promoted Whyte since 2015, told iFL TV: “The WBC statement was quite clear – the winner of Fury and Wilder has to fight the interim world champion, that’s Dillian Whyte.

“If Fury becomes [WBC] Franchise champion you can’t do the undisputed fight [at a later date]. If AJ fights Usyk in February or March then Fury is going to take a fight….so who else is there?

“As fans we should be calling for that fight. Fury against Whyte – imagine the build up. Imagine the fight – it does well over a million pay-per-view buys and sells out a stadium. It’s huge.

“Tyson Fury will believe he wins that fight, it’s not like he’s scared of Dillian Whyte.

“That is the fight. So let’s get it on. The heavyweight division is on fire now. It [facing Whyte] is the biggest fight out there for Fury right now, away from AJ and Usyk, by miles.

“I’d love to see Tyson fight back in the UK, I think he hasn’t boxed here in three or four years. Dillian is ready to make a huge statement on October 30, move forward and fight Fury.”

Hearn has questioned the decision to allow Fury the next 30 days as a window to negotiate taking on Usyk before purse bids for the Whyte bout. 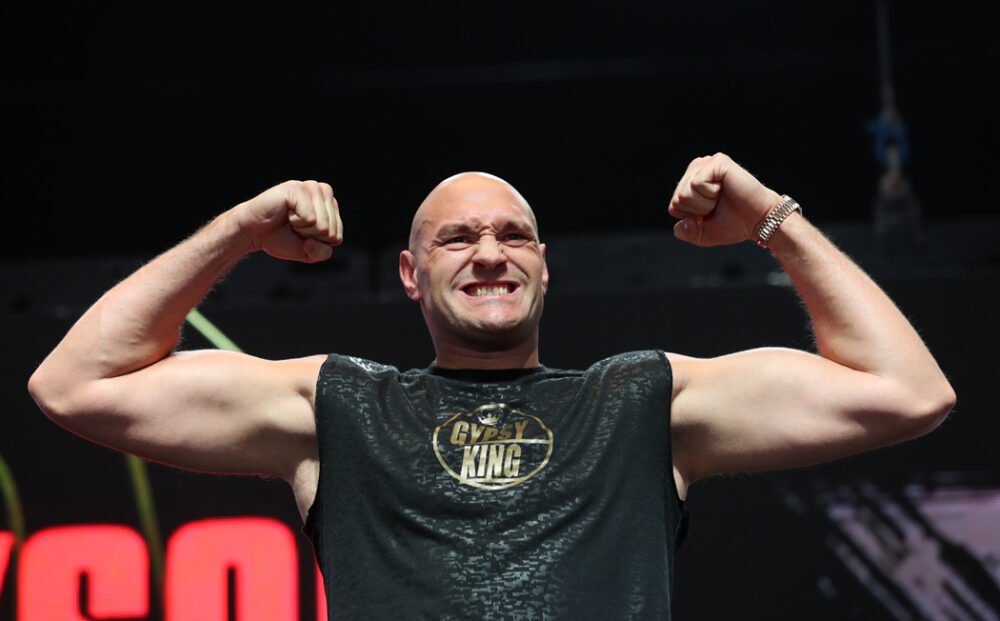 “They [the WBC] shouldn’t do that because contractually he can’t fight Usyk,” said Hearn.

“There’s no point having those 30 days. But it is what it is. They should’ve ordered Dillian as mandatory ages ago. But if we have to wait 30 days, then so be it.

“Dillian has to get the job done on October 30 and then we’ve got a massive fight between two Brits for the WBC and Ring Magazine titles. I don’t see why Tyson wouldn’t want to fight Dillian Whyte. It’s a massive event.

Unbeaten Fury is seen as the number one in the division but had to come through adversity against Wilder. He was twice knocked down in the fourth round but recovered to put Wilder on the canvas for a third and final time after 70 seconds of the 11th.

“I’ve just earned a break,” said Fury. “I’ve been home with my family for two weeks in the last six months. So before I start thinking about fighting other men I’m going to bask in this victory. This was one of my greatest wins and I got off the floor to do it.

“I’m the big dog in the division.”