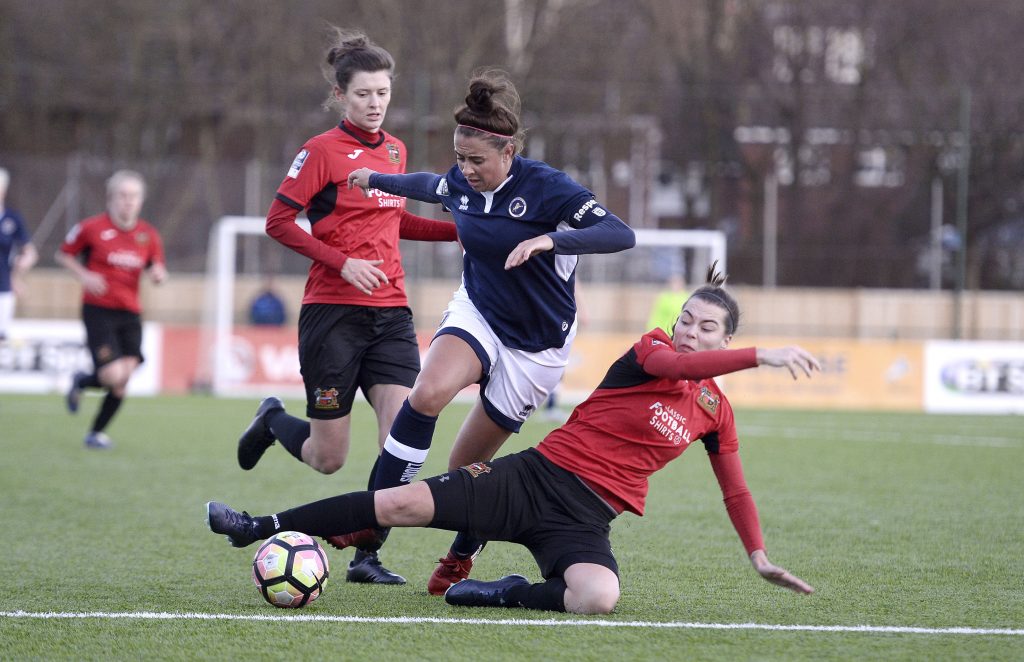 The visitors took the lead early on through Hannah Cain before two goals in three minutes turned the game on its head.

On seven minutes, a lofted ball over the top found Cain and she raced clear, powering a shot in off the right-hand post past Sarah Quantrill. The Yorkshire side were pressing intently, with the skilful dribbling of Rhema Lord-Mears causing the hosts no end of problems. It took until 35 minutes for Millwall to level, with Rutherford taking advantage of indecision in the Sheffield defence with an assured finish.

Holly Housley allowed the ball to bounce over her head and the resulting ball in was taken down and expertly finished soon after by Rutherford.

Free-scoring Millwall continued to attack and got their noses in front when Rutherford nodded Bonnie Horwood’s corner past the advancing Danielle Gibbons, with Mason almost nipping in to get a further touch on the ball.

The second half had far fewer chances, but Sheffield could have snatched a point late on. Substitute Jenna Dear’s clipped through-ball was directed agonisingly wide, before several crosses wreaked havoc, and a Cain effort forced an extraordinary save from Quantrill.

But the ball would not go in for Sheffield despite a succession of corners during eight minutes of extra time, leaving Millwall to pick up all three points.

“The performance wasn’t the best, but it’s a good three points against good opposition.

“We knew the statistics about when they concede goals and score goals. We felt we had a game plan to deal with that.

“We have gone behind again early and it did take us 20 minutes to look like a side again. We knew they’d come out of the traps quickly and we tried to stem that tide and I think we did.

“Even with the second goal, it’s scrambled over the line, but Ella’s made a great run to get a head in. Ella’s a top-class player and this club has players who can pull it out the bag.

“Ellie Mason has given the goal to Ella. Ella’s got the header across and Ellie just made sure it was in there. As long as it goes in, I’m happy for anyone to score.”

“I think in the second half in particular the girls showed great passion and great desire. Every week, we keep saying the same, now we’ve just to show the quality in front of goal and finish our chances to either come away with a point or a win.

“We expected Millwall to sit off, they’ve done that every time we’ve played against them and we knew we needed to come out.

“It’s a difficult place to come to and they’re a great side. We knew we had to come up straight away and press them high. The girls absolutely grafted for 90 minutes, I can’t fault their work rate. It’s just the quality that has to improve.”

To buy tickets to an FA Women’s Super League match near you click here: www.fawsl.com/tickets