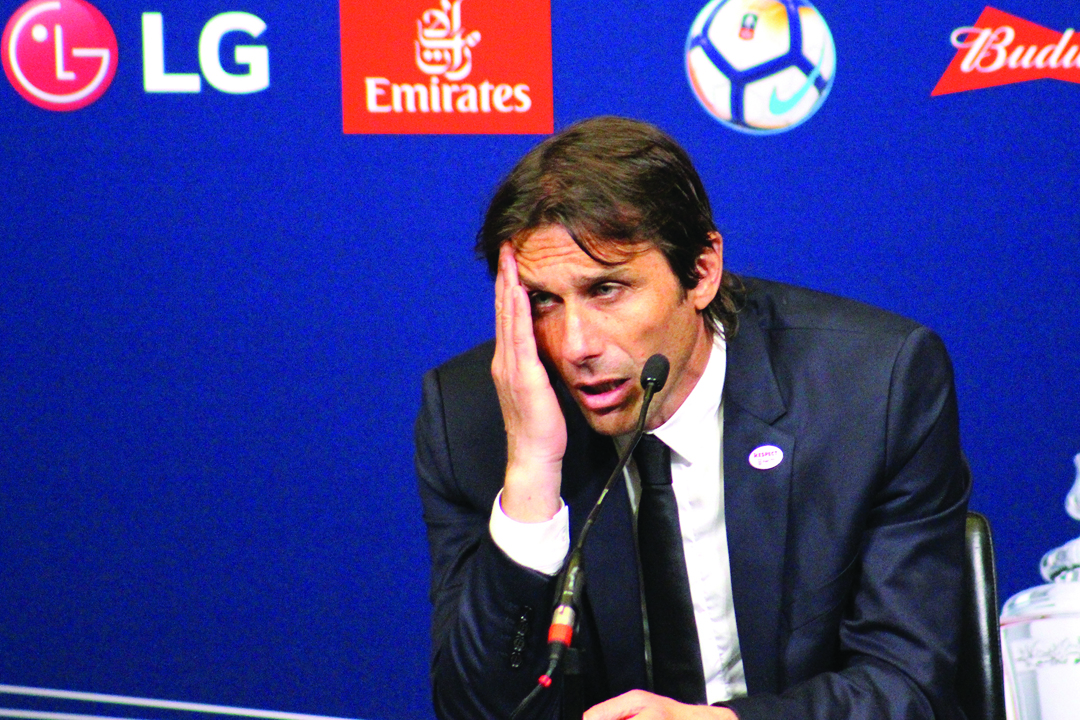 Antonio Conte is expected to be sacked this week.
It will end the Italian’s two years at the Stamford Bridge helm. He won the Premier League in his ﬁrst season and the FA Cup, on
Saturday, in his second.

The Italian has one year left on his deal but that is expected to account for nothing other than a £9million pay-off.
Chelsea’s Eden Hazard scored the only goal, a penalty, that downed Manchester United to lift the FA Cup. Hazard was quick to challenge the club’s board to match the ambitions of the top players and Conte.

He said: “All of the players and the club want one thing and that’s to win the title. Of course we will see if we can bring in some new players, it’s part of the job. But we will be focused on winning the title, that’s it.”

It was the ﬁrst time the Belgian had won the FA Cup.
“It’s a good feeling, especially as we lost the ﬁnal last year,” he said. “You saw the celebrations afterwards with the fans, this trophy means a lot to them and to us. I think the only players who have won this from the current squad before are David Luiz and Gary Cahill. We are all happy, you
saw that afterwards. The season wasn’t top, top, but we ﬁnished well and we are happy.”

Of Conte’s future at Chelsea, he said: “We will see, it doesn’t depend on me. We won together.”
Hazard is not talking to Chelsea about a new contract but said that could all change.

He said: “At the moment I am at Chelsea and have two years left on my contract,” he said.
“It is what I have been saying every week. I am focused on the World Cup now and then we will see.”

Hazard started the season with a fractured ankle – has he overachieved given it was his ﬁrst major injury?
“Yes. It is always hard to come back from a big injury. But it is part of football.
“Sometimes you get injured and have to deal with that. I think
the medical staff did well, I did well at the start, we managed the injury very well.
“Now I am just happy. I am ﬁt and focused on the pitch and I will be ready for the World Cup.”