The Bricklayer’s Arms in Putney was not a pub I stumbled upon by chance.

When I found myself unexpectedly free on a glorious sunny Tuesday afternoon, I made a special trip.

It wasn’t exactly a “detour” either; this was a trip to a specific destination, reached by laser-like focus and planning.

I wasn’t a customer; I was a pilgrim.

The “Brickie”, as it is known to locals, is a unique pub in London: it is only place where you can find the full range of Timothy Taylor’s award-winning beers.

Timothy Taylor, based in Keighley, Yorkshire, are one of Britain’s most-loved breweries. Their citrusy pale ale, Landlord, has won the CAMRA Champion Beer of Britain a record four times.

I had never been to a pub outside of Yorkshire that sold more than one Taylor’s ale, so it was with much excitement that I made the journey to this traditional ale-house, the last leg being a wonderful walk across Thames from Putney Bridge station.

It is a busy area, and the sun had brought everyone out, but the pub was tucked away in a side-street and looked quite deserted. 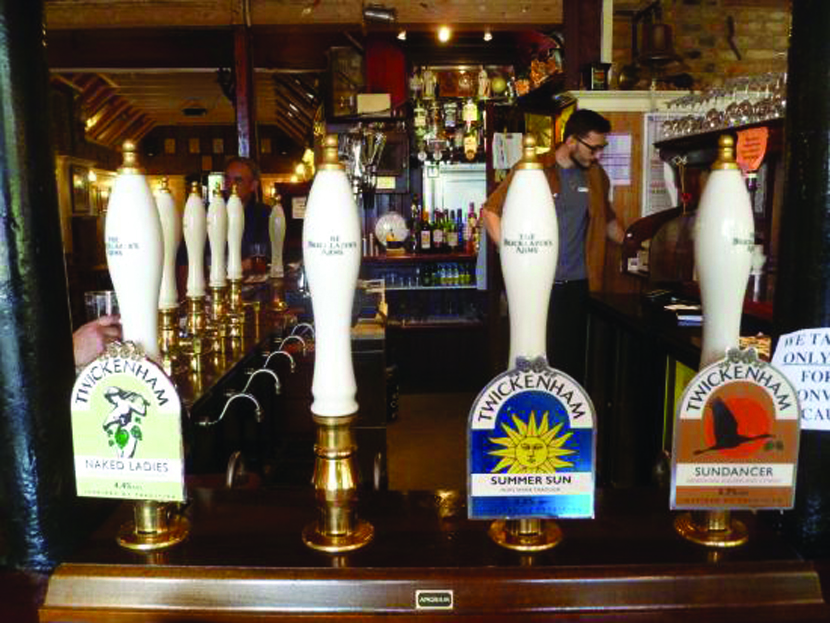 On weekdays the pub opens at 4pm. I was the second or third customer.

Signing in with the NHS app was the first time I was reminded that we are still, in part, living with Covid restrictions. I had earlier been worried that this pub had fallen to Covid too, but it was happily open and the pub sign had even been upgraded.

The interior is quite simple, wooden floors and white walls. There is an attractive fireplace to the right as you walk in.

I liked it that the bar, showcasing the full splendour of the Taylor’s range, is the first thing to see.

There is a patioed garden at the back. Even though it was a day to be outside, I took a seat inside by the back door, having had my fill of pub gardens these last few months.

I was dying to try Golden Best, a rare light mild, but it was off. I suppose pubs are just getting back into gear and this is forgivable.

The beer I did try was excellent, and it was pleasing to see there was a decent range from other breweries as well.

As the weather became sweltering, I took off my jumper and forgot that I was actually wearing a Timothy Taylor’s T-shirt underneath.

I was asked if I worked for the brewery. No, just a humble fan, but before I knew it a “complimentary” cheese and ham toastie made its way to me, which was a nice touch.

It is a traditional London pub with great beer, simple but atmospheric, prominently situated but also tucked away, a place for beer nerds but also a local’s retreat (and apparently it gets busy during Fulham matches).

But above all, head here for that taste of Taylor’s.