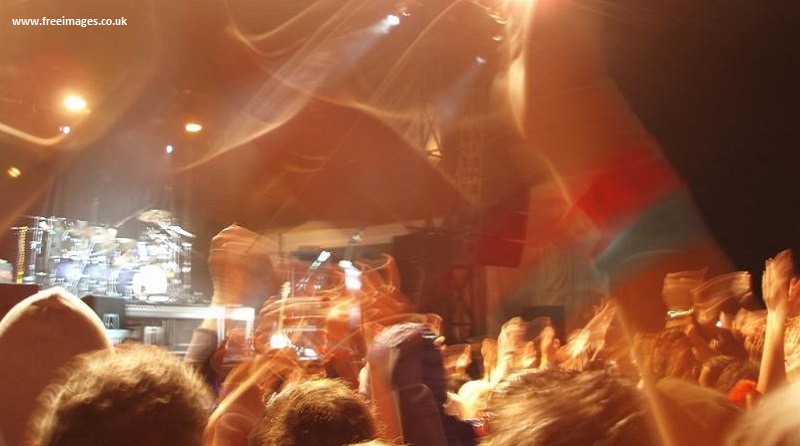 SAMPLE Spring
Celebrating its 10th edition this spring, the event champions the best creatives from the world of food, fashion, homewares, health and beauty, with a line-up DJs and workshops to create a great alfresco hangout for the weekend. As well as artisan food stalls with vegan brownies, gluten-free baked goods and smoked salmon, you can also indulge in street food from Rendang Thank You Ma’am, Original Fry Up Material and Grate Gourmet Rosti.
March 7
Greenwich Peninsula

Eternal Youth
Eternal Youth by photographer Dan Hall showcases bold snapshots of contemporary identity, where striking portraits depict the contrasts and similarities of the young and old at opposite ends of adulthood. The series explores forms of intimacy and vulnerability, from the delicacy of two young lovers bathing to the poignancy of an older woman looking at herself in the mirror.
Joy and beauty radiate alongside a sense of sadness, caught in the full-hearted smile of an older woman gazing out her window or the complicit stare of two teens smoking a cigarette.
March 6-8
JM Gallery, 230 Portobello Road, Notting Hill

The Seven Voyages of Sinbad the Sailor
From humble beginnings in Baghdad to sailing the seven seas in search of adventure, join Sinbad on his incredible voyages in Spontaneous Productions’ latest production, in association with Kirkdale Bookshop. With giant birds, an amorous mermaid, a hungry giant, two dancing camels and a murderous sultan to contend with, can Sinbad get home in one piece?
March 7-April 5
Upstairs at the Sydenham Centre, 44a Sydenham Road

Haven’t Stopped Dancing Yet! 10th Birthday Disco Ball
Hugely popular disco party for grown-ups Haven’t Stopped Dancing Yet! returns to where it all started – at the upstairs ballroom overlooking the Thames at The Trafalgar Tavern in Greenwich – to celebrate its 10th birthday. The HSDY 10th Birthday Disco Ball will feature vinyl DJs playing feel good 1970s and 1980s, soul, funk and disco classics and choreographer-led dance routines to get everyone into the groove.
March 7
Trafalgar Tavern, Park Row, Greenwich

Barnes Music Festival
This year’s theme is Musical Journeys: A Voyage of Discoveries. Throughout history, musicians and musical ideas have crossed borders and thrived on new perspectives and connections, shaping the music and career of many a composer and musician. Highlights this year include the Opening Concert: Journeys across Europe with Hugo Ticciati and O/Modernt Ensemble, Howard Goodall presents The Beatles: a musical appreciation, The Queens’ Favourites: Linos Piano Trio and The Cunning Little Vixen: A most extraordinary and unconventional opera.
March 7-22
Various venues across Barnes

Identity Festival
The Museum of London Docklands is inviting families to celebrate individuality at a free two-day family festival celebrating identity. The festival will be full of lively, thought-provoking and creative activities exploring who we are and what makes us different from others around us. Over the weekend, families can learn all about Bangladeshi culture by taking part in a Bengali street food workshop, making their own traditional hand fans or opting for some decorative henna.
March 7-8
Museum of London Docklands, No.1 Warehouse, West India Quay

Afterplay
Mariah Gale plays Sonya alongside Rory Keenan as Andrey in Brian Friel’s one-act masterpiece, Afterplay. When Andrey and Sonya were young, they were told how their lives should be – marriage, children and happily ever after. Decades later they meet by chance in a Moscow café to discover their dreams have given way to a rather different reality. In the course of their encounter, they catch sight of what might have been, and the possibility of a different future.
March 7-April 4
The Coronet, 103 Notting Hill Gate, Kensington

Space Jams with Ashley Henry
For the first time in over 300 years, the Royal Observatory is inviting a selection of respected musicians to perform improvised sets as the live score to the awe-inspiring space visuals in the intimate Peter Harrison Planetarium. The visuals will be selected on the fly by an astronomer, and with both sound and visuals improvised in tandem, the event will create a truly symbiotic collaboration.
On March 9, acclaimed jazz pianist Ashley Henry will provide the musical accompaniment for your journey into space. You’ll also have the chance to explore the museum’s Space Galleries after hours, prior to each performance.
March 9
Royal Observatory, Greenwich, Blackheath Avenue, Greenwich

Lilith & KaraOkay
Ahead of The Bunker’s closure at the end of March, Week 6 of its Take Over Season will see the world premiere of Lilith from renowned teacher and theatre-maker, Jennie Buckman. This lyrical, searing play draws on Jewish mythology to explore stillbirth and the vilification women face in their fight for equality. A short piece from Sabrina Mahfouz, KaraOkay, will accompany it, combining karaoke classics with stories of abortion and miscarriage, questioning whether we could one day talk about such issues as easily, if as awkwardly, as we can take part in karaoke.
March 10-14
The Bunker, 53A Southwark Street

The Affordable Art Fair
The Affordable Art Fair returns to Battersea this month, offering thousands of original art works with prices from £50 to £6,000. This year, the fair joins forces with leading affordable art consultant Nicholas Campbell in the inaugural edition of its curated section, Access, focusing on prints and what makes them so collectable. Plus, to honour International Women’s Day, Affordable Art Fair will dedicate Friday, March 13 to celebrating women in the arts with creative workshops and a Talks Lounge.
March 12-15
Battersea Evolution, Battersea Park, Queenstown Road